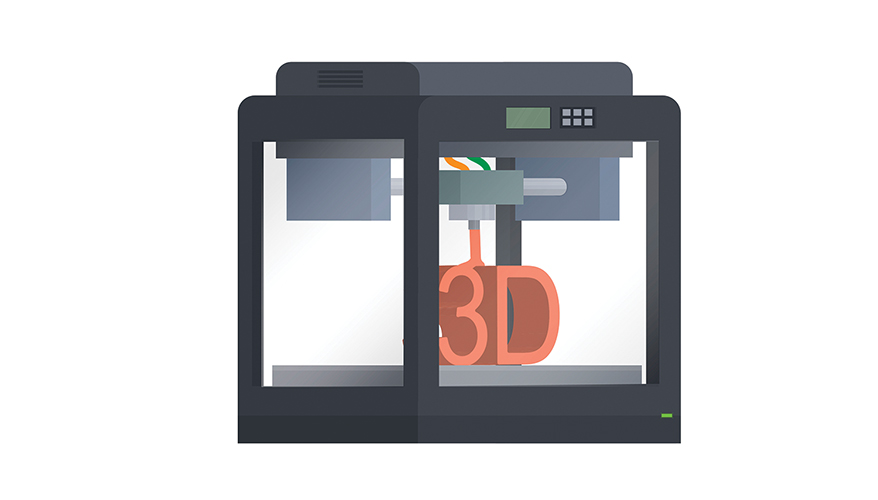 The impact of the COVID-19 pandemic continues to reverberate throughout the global economy. Supply chains and logistics — once mundane and arcane topics — have gone mainstream and are grabbing news headlines in ways previously unseen.

The status quo of most industries was overturned as businesses, governments and private citizens scrambled to purchase materials that were previously ubiquitous.

Because of microchip shortages, the production of new cars ground to a halt and prices for used cars skyrocketed. As building supplies dried up, commercial construction, residential development projects and home renovations were delayed indefinitely or switched to subpar materials to continue.

The true shortages from the pandemic were not the panic-induced toilet paper shortages in the early months of 2020, but the lingering effects caused by disruptions to global supply chains.

Imagine, however, a world where builders, vehicle manufacturers and semiconductor foundries are able to manufacture their products at their delivery points without the reliance on long, interconnected, global supply chains. That world may soon be possible due to advancements in additive manufacturing that will have significant national defense implications.

Also known as 3D printing, additive manufacturing is increasingly becoming integrated in the U.S. military and has a growing influence in the defense industrial base. In February, the Defense Department assessed critical defense supply chains. The assessment advocated for the military to continue efforts to advance its use of additive manufacturing to significantly exceed its current capabilities.

The use of 3D printing, which builds a physical, 3D object from a digital model — known as a computer-aided design, or CAD — often provides a swift and cost-effective way to obtain necessary items on-demand at the frontlines of global conflicts — whether on land or at sea.

Increasing the utilization of 3D printing is a vital way to improve force security amidst contested logistics, especially given the recent unpredictability of supply chains. Additionally, industry is using additive manufacturing to improve production cost and efficiency.

The military is currently taking advantage of this resource, as it provides timely manufacturing that is not hindered by supply chain challenges. 3D printing can produce spare parts for ships, vehicles, aircraft and other platforms; the tools used to provide repairs; prototypes for new equipment; and essential medical instruments and supplies during combat.

Already, the services have conducted numerous projects testing additive manufacturing’s capabilities. The military has already developed the world’s largest metal 3D printer. By 2027, its 3D printing sector is predicted to be worth $1.7 billion. The Army launched the Jointless Hull Project, which aims to use 3D printing to reduce production costs and manufacturing time for Army combat vehicles while minimizing weight and maximizing durability and reliability.

For the Navy, 3D printing enables sailors to obtain necessary components and tools while at sea. Recently, the Navy successfully tested 3D printing capabilities with sailors aboard the USS Tulsa. The service has also created a submersible vehicle via 3D printing, reducing the production cost per vehicle by 90 percent and producing it in just four weeks instead of three to five months.

In 2019, the Marines utilized 3D printing at Camp Pendleton, creating a bunker out of quick-dry concrete that suitably concealed multiple rocket launchers in less than 36 hours. Similarly, the Army Corps of Engineers advanced 3D printing capabilities by creating a printer that could generate myriad structures resistant to shrapnel fragments. With these abilities, dispersed and potentially isolated forces could quickly produce the fortifications they need to defend their positions.

For the defense industry to continue integrating 3D printing into its supply chains at the required scale, it must overcome this technological immaturity while ensuring a quality of products consistent with current deliverables. Experts at Deloitte also highlight these concerns, recognizing that, “Many manufacturers and end users have difficulty stating with certainty that parts or products produced via 3D printing — whether all on the same printer or across geographies — will be of consistent quality, strength, and reliability.”

With the lives of warfighters on the line, for the defense industry to continually integrate and strengthen additive manufacturing capabilities, certified production quality is vital.

Due to its strategic and operational importance, additive manufacturing can be a revolutionary technology for the U.S. military and its industry partners, if utilized properly. If it continues to be properly integrated, the nation can reduce reliance on distant factories and potentially fragile supply chains. Developing these capabilities will likely become foundational to the continued success and dominance of America’s armed forces abroad.