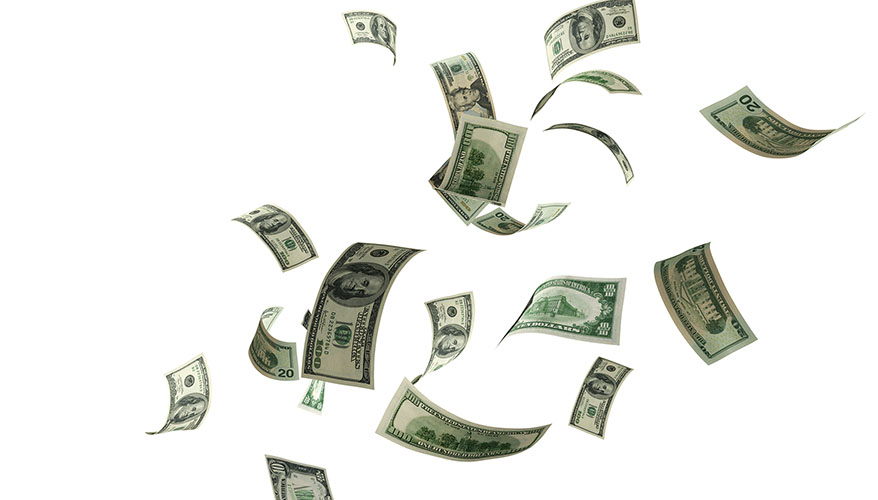 In the waning hours of 2022, the lame-duck Congress finally completed the must-pass bills that had been due since Sept. 30 — the 2023 National Defense Authorization Act and the Consolidated Appropriations Act that provided $1.7 trillion in spending for the remainder of fiscal year 2023.

That resulted in a record $858 billion in total defense spending to procure more F-35s and Arleigh Burke-class destroyers along with all manner of other weapons and platforms. That means 2023 looks bright for the defense industry.

However, anyone hoping for boom times to continue in 2024 is likely to be disappointed. Over the past few months, many current and former members of Congress, analysts and industry leaders who have spoken at events and conferences have said the best-case scenario for 2024 is a year-long continuing resolution.

That would mean the Defense Department — and the rest of the government — would be operating under the same funding levels as 2023 with no adjustment for inflation. Hence, the best case is a cut in real terms.

So, what’s the worst case?

Many of the most conservative members of the House — ones who pushed the speaker vote to 15 rounds to extract concessions on things like budget rules — are pressing for a 2024 budget that reverts to 2022 spending. That would knock the Pentagon’s base budget back down to the $740 billion ballpark from nearly $816 this year.

And given the need to pass another debt ceiling increase this year, it means plenty of fireworks ahead on Capitol Hill.

Fireworks aside, one representative who has been a cooler head on defense thinks that a leaner defense budget is the right way to go, and a tighter belt wouldn’t necessarily constrain the Defense Department or national security.

“The biggest argument that I’ve made consistently over the last four years … is if you look at it and go, ‘We need more money,’ well, then you’re just going to throw more money at it,” he said.

Instead, the approach should be to say, “This is what you got, make the best of it,” and then build out the programming from there based on what needs to be done, he said.

“I used this line many times before. I had a [venture capitalist] tell me one time that he has not yet seen the entity that can’t be cut by 10 percent and get better at what they do,” he said, adding that he has made that argument at the Pentagon.

“It’s at least possible, but you need to get into that mindset, OK? Not, ‘Oh, my gosh, we have a problem, please give me another check,’” he added.

The place to start is with eliminating some of the large platforms that are “not as invulnerable as they used to be” and that the Defense Department has been trying to get rid of for years, he said.

“I’m disappointed in the last two years that we haven’t been able to mothball more existing weapons systems,” he said. “We blocked the Pentagon — to my mind in too many places — in terms of getting rid of cruisers and [Littoral Combat Ships] and B-1s and F-22s and C-130s and a whole bunch of other things.”

The department needs to stop operating like a 1950s car company and start acting more like modern tech companies, he said.

“In an innovative economy, it’s just a rapid pace of change,” he said. “How do you identify new technologies? How do you encourage those new technologies and how do you make change? And the Pentagon is a slow-moving bureaucracy.”

Entities like the Defense Innovation Unit have accelerated technology development, he said, but then technology crashes into the procurement system.

Yet, the war in Ukraine has shown that the department can be nimble when there is a crisis.

“The creative instinct kicks in. Iran starts sending those drones over and instantaneously everyone’s like, ‘How do we take these things down?’ and they’re not doing an RFP, and they’re not doing a program of record,” he said. Instead, people are innovating solutions. That’s the approach needed all the time, not just in a conflict, he said.

“Taking a problem-solving approach instead of a requirements, program-of-record approach can save an enormous amount of money,” he said.

“You know, Mike Rogers, incoming chairman of the committee, and I are one mind on this and we’re going to work together. We’ve got to be able to make sure that we’re spending money where we need to spend it for the modern fight that we are now facing,” he said. “We’ve got a lot of work to do on that.”