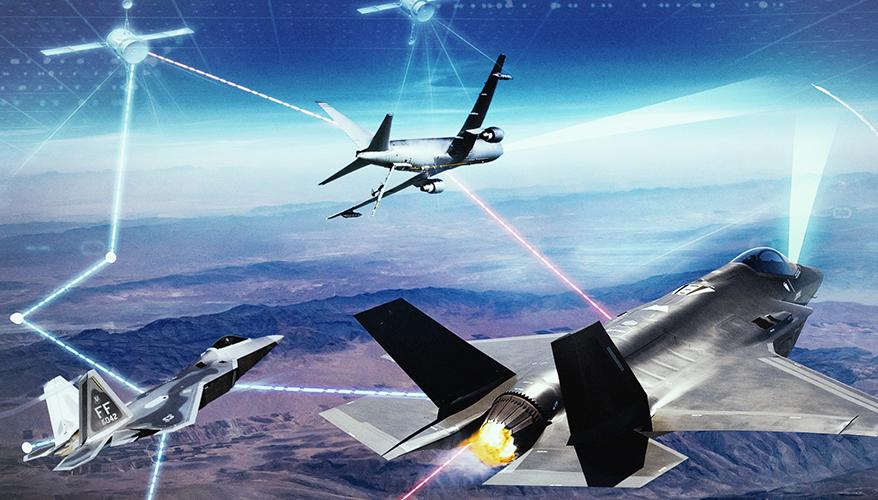 NATIONAL HARBOR, Maryland — The Air Force has appointed a senior leader to oversee efforts to connect sensors to shooters and ultimately speed decision making, the secretary of the Air Force announced Sept. 19.

The command, control and communication battle management effort includes the advanced battle management system, or ABMS. ABMS is one of the service’s in progress modernization programs for the Pentagon-wide effort joint all-domain command and control, or JADC2.

Secretary Frank Kendall said the new integrating program executive officer for the Department of the Air Force command, control and communications battle management, is one part of the strategy that will keep capabilities related to joint all-domain command and control on track.

The service hasn’t “appreciated” the scale of the effort — better known as JADC2 — that is necessary for modernization, he said.

“Our efforts to date have not been adequately focused nor have they been adequately integrated,” he said during a keynote speech at the Air and Space Forces Association’s annual Air, Space and Cyber event in National Harbor, Maryland.

The new integrating PEO, Brig. Gen. Luke Cropsey, will have “technical authority” over any program related to the Air Force’s JADC2 efforts, including ABMS. He will report Air Force service acquisition executive and work with the assistant secretary of the Air Force for space integration, Kendall said.

Cropsey is currently director of the Security Assistance and Cooperation Directorate and the director of international affairs at Air Force Material Command.

Kendall added that he and the service chiefs will also write quarterly reviews of the integrated profile of the battle management programs to ensure the programs “stay on track.”

“We've identified the change we need to accelerate to avoid losing,” he said. “Now we have to resource that change and execute the plan.”

He added the service has also jumpstarted efforts to modernize electronic warfare, munitions and mobility and tanking capabilities.

“We will be reaching out to industry for your ideas, your concepts, your analysis, your products and technologies in each of these areas,” he said.

Air Force Chief of Staff Gen. Charles “CQ” Brown Jr., said at the conference that “We now find ourselves in a pivotal period, one that is fundament reshaping the international security landscape.”

Brown drew attention to the seven operational imperatives that the service has identified that are necessary to modernize the service, which include the ABMS program and the B-21 stealth bomber. He noted that tough decisions around resources and timelines could be ahead.

Released earlier this year, the budget request for fiscal year 2023 asks for $194 billion total to fund the Air and Space Forces. That’s nearly $20 billion more than the previous year’s request.

“We'll need to have strategic conversations to make difficult choices to drive change to solve our toughest problems,” Brown said. “They make sure our seven operational imperatives become a reality.”

Brown added that expensive technology is not the only way to innovate. He said the service needs to find new ways to use existing capabilities and leverage less costly systems.

“We must harness any innovation that can put meaningful capability into the hands of our warfighters,” he said. “We can't let perfect be the enemy of good enough.”