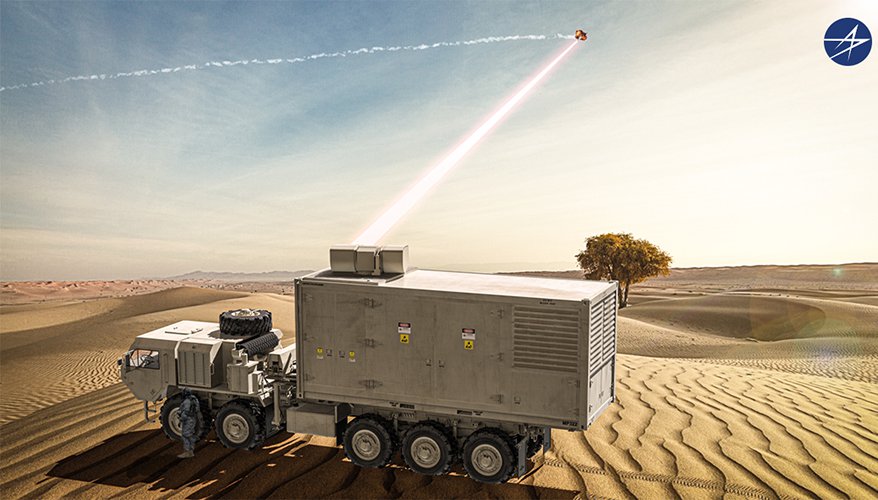 Lockheed Martin has delivered its most powerful directed energy weapon to date to the Defense Department, the company announced Sept. 15.

The 300 kilowatt-class laser was developed as part of the High Energy Laser Scaling Initiative, or HELSI, which is managed by the office of the undersecretary of defense for research and engineering.

The office selected Lockheed Martin to develop the 300 kW-class capability in 2019. The company has delivered the laser — the most powerful it has ever developed — ahead of schedule, according to a Lockheed Martin press release.

“There were multiple vendors selected for HELSI, and Lockheed Martin really focused on expanding our production capacity internally to make sure that we could deliver this system in a timely fashion, and so we're really proud to to be the first out of the gate,” Race McDermott, a member of Lockheed Martin’s advanced product solutions strategy and advanced concepts team, said during a media roundtable Sept. 15.

“We sort of describe [spectral beam combination] as the cover of the Pink Floyd [The Dark Side of the Moon] album where you see the light coming in — in white light — and then splitting off into the different spectrums of color,” he said. “Well, it's like doing that in reverse, where we take the different spectral elements and combine them into one high energy beam.”

The higher energy capacity of the 300 kW-class laser allows it to “engage targets at more extended standoff ranges, and to kill them quicker,” said McDermott. “The 300 kW-class laser has been the goal, really scaling up to those harder missions to engage threats like cruise missiles.”

“We're talking about pennies or dollars on the shot here, not massive amounts of dollars per shot as you would find with … traditional means of getting rid of a threat,” he said. “So, this is actually a really important and competitive capability in terms of the cost per shot … when you take into account how much electricity each shot actually uses.”

While the laser delivers more power, Lockheed Martin also focused on “reducing the size and weight” of the system, making the capability deployable on ground, sea and potentially air platforms, McDermott added.

“This is yet another step in proving that these systems are ready and are able to be deployed as … force multipliers and as part of the directed energy and kinetic energy mix that our warfighters can use to defend against threats like rockets, artilleries, mortars, cruise missiles, UAVs and small ships,” said Cordaro.

Take a B-52 (post new engines), stuff a 300kw laser and power module (assuming minor additional power needed with new engines), and load the pylons with HARM missiles. You'd have an enemy air-defense killing machine. The laser would be used for smacking down any AA missiles fired in its direction.

With all the advances in electronic solid-state lasers, I wonder if resurrecting the 747 Airborne Laser might be justified. The 747 ABL suffered from the heavy toxic stew of chemicals required to power the laser for around 20 shots. But with the latest sensors, electronics, heat sinks, batteries, capacitors, fiber optics, lens, and energy outputs, an airborne laser does not require the highly toxic chemicals to fire.

ABL can be mounted on a Stratolaunch to cool the laser head in the middle of the wing, or on the second fuselage's nose and still have ample battery and power storage with a twin fuselage configuration. ABL can thus tackle ICBMs, TBMs, hypersonic missiles, cruise missiles, and Hypersonic Glide Bodies.

Ground-based lasers take too long to deploy, requiring cargo aircraft and ground security to mobilize and lift. They do have a place as sentries for bases, ports, airports, airfields, and ground assets, but to get somewhere fast, large airborne lasers might be required with fighter escorts and aerial tanking aircraft.