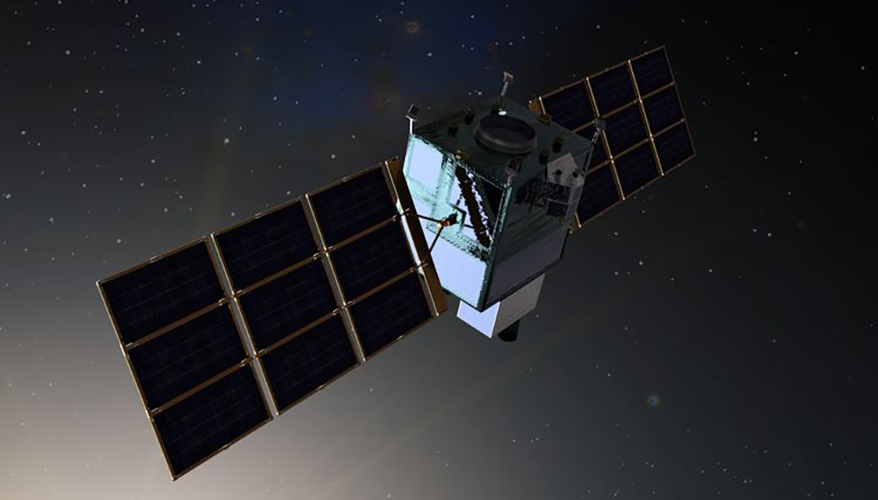 The Space Force is racing against the clock to prepare for the rapidly advancing Chinese and Russian missile technology that could evade the Pentagon’s existing ground and space-based missile-detection systems.

While many defense agencies have their own ideas for warning-and-tracking satellites and space architecture, they need to integrate their visions to ensure the Defense Department has time to react to a potential missile attack, experts said.

The Russian invasion of Ukraine and ongoing operations in the region reinforces that “the era of missile warfare is definitely upon us,” said Chris Stone, the author of a recent policy paper from the Mitchell Institute for Aerospace Studies.

Weapons like the Chinese DF-17 and the Russian Avengard hypersonic boost glide weapon could sneak under the radar of the missile warning systems that were designed for ballistic missiles, according to the paper “Orbital Vigilance: The Need for Enhanced Space-Based Missile Warning and Tracking.”

“These lower altitude fliers and the others that can maneuver create challenges to our ability to sense,” he said during a rollout event for the paper. That means it could be easier for Beijing and Moscow to strike with conventional missiles or long-range missiles with nuclear warheads attached, he said.

The great power competitors “could cripple the operations of foreign deployed U.S. forces and their theater bases,” said Kevin Chilton, a former commander of Strategic Command. Space organizations need to team up to create a more accurate, survivable space ecosystem, he said during the event.

The current missile tracking architecture consists of satellite technology called Space-Based Infrared Systems, or SBIRS. But hypersonic missiles exploit the curvature of the Earth to go high enough to avoid ground-based radar tracking and low enough to be missed by the infrared tracking technology.

The hypersonic threat is great enough that service leaders at the highest levels are taking notice.

Secretary of the Air Force Frank Kendall said space architecture is one of the service’s funding priorities. The Space Force submitted a $1 billion request for the 2023 budget to fund the resilient missile warning/missile tracking capabilities, a constellation of satellites designed to detect hypersonic technology and is expected to reach initial operating capability by 2027.

“We're also doing things in the Space Force on the nuclear warning and missile warning side to get to more resilient missile warning” to support the armed forces, Kendall said at a recent Hudson Institute event.

The service is also funding ground and the geosynchronous orbit segments of the next-generation overhead persistent infrared sensors missile tracking and warning system, the replacements for SBIRS. The sensors are expected to be more sensitive and accurate than their predecessors, meaning they are able to detect the weaker infrared signatures of hypersonics missiles.

Officials are using middle-tier acquisition authorities and rapid prototyping to save time and reach a 2025 launch date.

Meanwhile, the space domain is becoming more perilous for all satellites, undermining the United States’ ability to track missiles.

There have been two destructive direct-ascent anti-satellite tests in the past three years. It may seem like only a few instances where nations have damaged satellites, but that data point worries experts like Kaitlyn Johnson, one of the authors of the Center for Strategic and International Studies’ annual Space Threat Assessment.

The destruction of satellites is not necessary to test anti-satellite technology, she explained. The process could be as simple as aiming a missile at an empty point in space and then measuring how close it came to the target. That’s why it’s so alarming Russia chose to test its anti-satellite tech by destroying a system in the widely used low-Earth orbit.

“The big worry here is just polluting that low-Earth orbit and making it unusable,” she said.

The 2021 Russian test was an “irresponsible action” that could have been intended to warn the Pentagon that Moscow can hold satellites at risk as tensions over Ukraine were rising, Johnson noted.

The testing is now considered so irresponsible that Vice President Kamala Harris announced in April that the United States would implement a ban on this type of destructive experimentation.

“We have a good solid community of the willing now, but it's a growing community that says we're going to share information on the nature of the domain,” he said during a recent Defense Writers Group event. “I think that's kind of progress towards those responsible behaviors.”

The Space Warfighting Analysis Center — a new organization that was stood up last year — is coming up with its own vision for an architecture that can bounce back from space attacks and is better equipped to locate non-ballistic missiles. Space Force officials announced earlier this year that the center had completed the force design for the missile tracking segment of the resilient architecture.

At the same time, the Mitchell Institute’s Stone proposed a solution that combines satellite capabilities in all three orbits above the Earth’s surface: geosynchronous, medium- and low-Earth orbit.

Each orbit has advantages and disadvantages in terms of latency and relative safety, but a multi-orbital approach ensures every need is covered, Stone said.

As far as low-Earth orbit, the prototype for the Missile Defense Agency’s hypersonic and ballistic tracking space sensor is expected to be delivered by 2023. The SDA’s missile tracking layer is a constellation of infrared sensing satellites and is also in low-Earth orbit, or LEO.

Having satellites in multiple orbits gives the Defense Department resiliency if adversaries target one constellation with jammers or high-powered microwaves, Stone explained. It also reduces the possibility a missile can sneak past every sensor.

“If you fully integrate MEO with LEO and Geo, you don't necessarily need as many satellites,” he said. “It just depends on how much fidelity you need. How much assurance you want and how much resiliency you need is based on the numbers of the satellites.”

Ultimately, fielding the capabilities as soon as possible will better protect the ability to impose cost on adversaries, said Chilton. Building defensive technologies will not incentivize adversaries to build up more offensive capabilities.

“Our military has a responsibility to field this capability for the reasons we've talked about, whether they be deterrence or actually successfully defeating attacks should deterrence fail,” he said.

The timeline is anything but certain. The Government Accountability Office last year raised questions about having the system ready for the 2025 launch date given that the Space Force is concurrently developing mission payload engineering and flight units.

While the program office told GAO that an October design review demonstrated “sufficient maturity” of the space vehicle, Future Operationally Resilient Ground Evolution mission data processing and interfaces, the office still has its doubts, according to the annual weapons assessment report released in June.

A federally funded research and development center completed an independent schedule risk assessment for the program in the fall of last year. The assessment determined that delivery “would likely be late.” However, Lockheed Martin’s subsequent assessment reported the system would be delivered ahead of schedule.

The company is “on track” for a September 2025 launch date, said Mike Correia, vice president for the overhead persistent infrared mission at Lockheed. The next two vehicles would be expected in spring 2027 and 2028, respectively.

After the critical design review was completed at the end of last year, the three satellites entered the production phase, he noted. This includes building out electronics boxes and populating panels, while preparing to start space vehicle integration next year.

For the first quarter of 2023, researchers will make sure the communication technology on the satellite and ground equipment works just as well as the missile tracking, he said.

“We have the infrared sensor payload that actually does the detection of the missile launches, but we also need to get all that data down to the ground in a timely manner to the warfighter,” he said.

The company is also working to integrate Lockheed Martin’s software onto Raytheon’s open architecture framework. Tests this year and next will evaluate how fast data can travel through the framework, he noted.

Raytheon competed against a Northrop Grumman and Ball Aerospace team to provide two of the satellite’s payload systems.

He compared the satellite to an operating system — such as Apple iOS — because it uses various companies’ apps with different capabilities to run the satellite.

“We've got requirements that I can't talk about in terms of how quickly we need to get the data down, so we want to make sure that those various apps work together and the data is moving efficiently,” he said.

Technology commercial space is developing has potential for the Space Force’s missile warning and communications architecture, Kendall added. Instead of the traditional Defense Department approach to innovation, commercial space companies are developing more distributed capabilities on platforms that are not expected to last as long, he said.

“They're doing good enough instead of exquisite, and they're not building things they expect to last 15 years and that do every function you can cram onto a very expensive platform,” he said.

The Space Development Agency has already leveraged that kind of outside-the-box thinking for a resilient space communications architecture, he noted. Companies like SpaceX and Colorado-based York Space Systems have SDA contracts to build satellites and components.

“We're going to try to exploit that for the missile warning architecture, which the Space Force has already put underway,” he said.

For example, United Launch Alliance is working on sending up the Space Force’s sixth Space-Based Infrared System into geosynchronous orbit. The launch is scheduled for August, according to a press release from the company.

More companies entering the space sector will help keep costs down and make updates faster, noted Davin Swanson, chief engineer in space and C2 Systems at Raytheon Intelligence and Space. This is especially important considering satellites will have to be updated every few years to keep up with the changing threat, he said.

“Keeping that production line going and a line of these sensors rolling off the line really gives you some cost advantages,” he said.

Officials said developing these capabilities will help the newest service stay ahead of adversaries in space.

Failure is not an option, said Col. Miguel Cruz, commander of Delta 4, the Space Force organization in charge of missile warning and tracking through overhead persistent infrared satellites and ground-based radars.

“This is a no-fail mission. Failure in this mission area is directly related to loss of life and property in ways our nation and our political leaders cannot stop. And so failure is not an option,” he said.