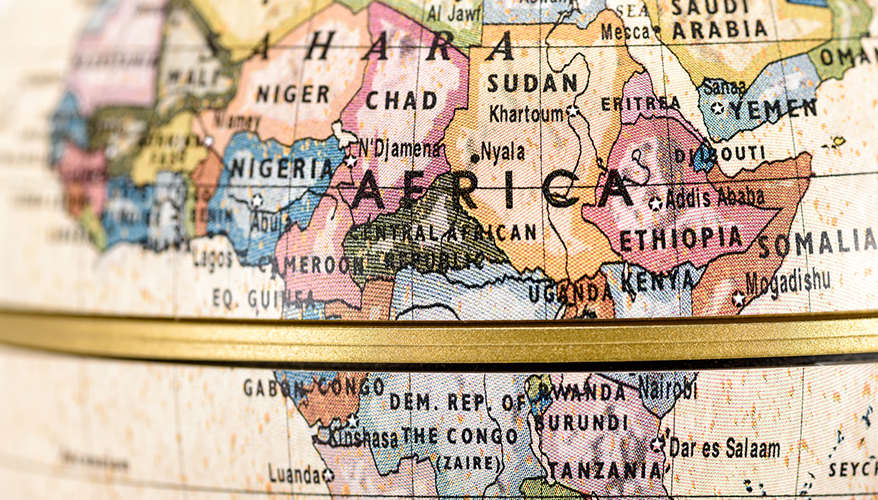 China’s efforts to expand its interests in Africa pose a significant challenge to the United States and its allies on the continent, the outgoing head of U.S. Africa Command said.

While China is primarily increasing its influence through “development and economic measures,” the Chinese “desire to establish more military bases on the continent,” said Gen. Stephen Townsend, Africom commander, who is set to retire this year, at a Defense Writers Group roundtable July 28.

China already has a military base in the east African country of Djibouti — home to Camp Lemonnier, the U.S. Navy-led base housing some 4,000 troops and personnel. China recently expanded its base in Djibouti with the addition of a large pier that can support two aircraft carriers, Townsend said.

“Why they need that capability there, I don’t know,” he said. “I suspect they’re thinking very deeply about the future and their future role in that region.”

In addition to their presence in east Africa, the Chinese are looking to establish a military base on the continent’s Atlantic coast, said Townsend, a prospect he believes would cause a security challenge for the United States.

“They seem to have a little bit of traction in Equatorial Guinea,” he said. “We haven't asked Equatorial Guinea to choose between us … or China. What we're doing is we're trying to convince them that it's in their interest to stay partnered with all of us, and not choose one over the other.”

The Chinese military has made efforts in Tanzania, Townsend noted. But he doesn’t expect the two countries to develop “joint military capabilities.”

China’s expanding influence in Africa isn't the only security concern for the United States. Russia is playing a greater role in Africa, largely through the Wagner Group — which Townsend described as mercenaries acting under the direction of the Kremlin to prop up dictators and exploit resources.

In particular, he noted the increased presence of Wagner operatives in Mali following the withdrawal of French forces from the West African nation earlier this year. Wagner now has around 1,000 members in Mali and has “recently brought in some sophisticated air domain surveillance radars and air defense capabilities,” said Townsend.

“The only reason I can suspect they would need air defense capabilities is to keep the West from watching what they're doing, because none of the enemies they're fighting have any air capability,” he said. “I think what we're going to have to do right now — our African partners, the United States, the West — is contain that as best we can.”

Pending Senate confirmation of his successor, Townsend will be passing on leadership of the command on Aug. 9 and then retiring after a 40-year military career, he said.

China’s Military Capabilities Closer to France’s Than the U.S. (UPDATED)