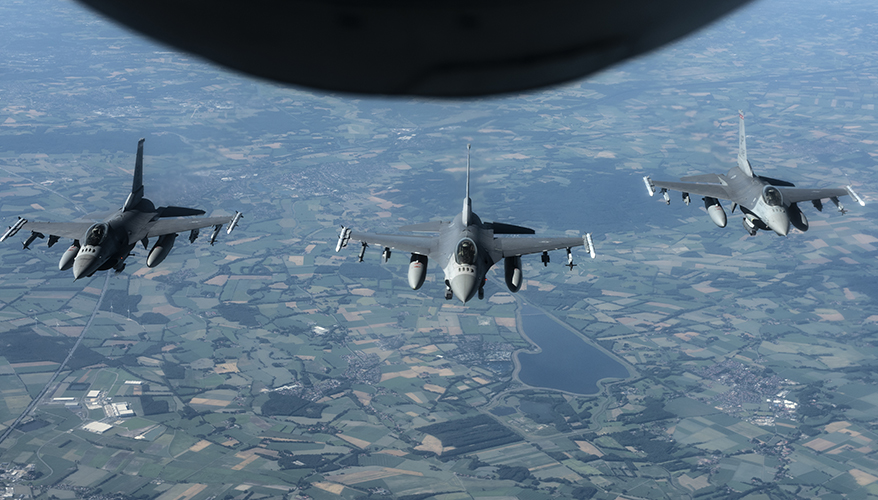 Even with Russia’s continued assault on Ukraine, the Air Force and its European allies will also be keeping a finger on the pulse of near-peer threats in the Indo-Pacific, the service’s chief of staff said July 28.

Part of the Air Force’s strategy in thwarting China and its advanced military capabilities is integrated deterrence, which relies on working with U.S. allies and partners to train and position forces across the globe, Air Force Chief of Staff Gen. Charles “CQ” Brown Jr. said during a Center for a New American Security event.

But when asked if he has concerns about Europe diverting resources away from the Indo-Pacific in response to Russia’s military activity in Ukraine, Brown said his conversations with European air chiefs have been focused on how to address threats in both arenas.


“They’re kind of thinking like we are in the aspect of, we’ve got to be able to think more broadly and not just in one region,” he said. “When we think about each of our national securities, it’s not impacted just by one part of the world, but much more global.”


While the Defense Department considers Beijing its top military competitor for the long term, it has named Russia an “acute threat” given its invasion of Ukraine in February. The Pentagon has since sent additional U.S. personnel and supplies to European allied nations to boost force posture, including F-22 Raptors jets deployed to the continent this week.


At the same time, the Air Force is moving forward with several new technologies and concepts of operations to create a competitive edge over China, Brown said. This includes progress on the service’s Advanced Battle Management System — the service’s contribution to the Pentagon’s joint all-domain command and control effort — as well as conducting various war games to understand what capabilities the service might need in the future, he said.


To win in the Indo-Pacific, the service also needs to change how it conducts logistics across large amounts of water in the region, Brown said.


“We may in future conflicts not have the time to build up like we’ve done in past conflicts. So the area I look at is how do we pre-position capability,” he said.


This could mean longer deployment times for both personnel and equipment in the region that can be used for exercises, humanitarian assistance as well as generate combat power in the event of a conflict, he said.


“That adds to our ability to respond quickly and to be agile,” he said.

The US public no longer identifies with the current US military.