U.S. Must Preserve its Quantum Advantage 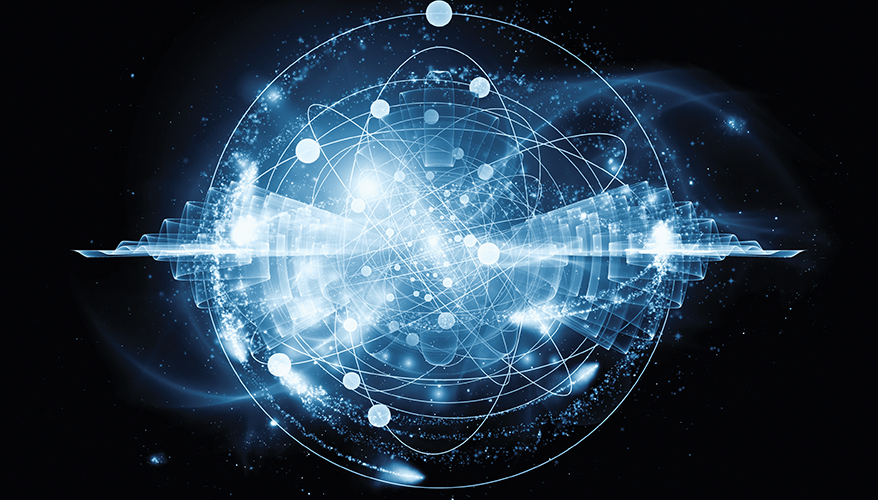 U.S. dependence on networks for secure financial transactions, communications, man-machine interface and unbreakable battlefield situational awareness has grown significantly over the years to a point where “arms race” is now a misnomer.

Instead, the situation is best described as “technology quest.” Research centers around the globe are now under pressure, pushing state-of-the-art technologies. In the commercial environment, first-to-market yields higher revenue and greater profits. In national security vernacular, “profits” equate to safeguarding communications and realizing national security objectives.

U.S. dependence on technology has become acute, especially with the current maneuvering and positioning by those willing to upset international stability. It is now an imperative to prevent a slow, spiraling descent while potential adversaries ascend. A survey of the sciences that have the potential to shift the paradigm yields a sole area of technical knowledge with enormous implications across the spectrum of commercial and defense: quantum technology.

Subsequently, to prevent any technology erosion, President Joe Biden May 4 signed an “Executive Order on Enhancing the National Quantum Initiative Advisory Committee,” which reports directly to the White House. This group of independent experts will advise the government and its many agencies on the development status of quantum technology.

No longer a laboratory experiment, quantum technology now yields practical applications, but there is irrevocable harm if wielded by contrarians to global order. Encrypted transactions today can be held in depositories by others until such time as quantum computing is able to decipher what we today consider unbreakable code. Intellectual property, classified data and all personal information will be considered “open source” information. The danger is incomprehensible and the very reason for the presidential decree. To fully grasp the potentiality, Americans must educate themselves in the science of quantum technology.

Those not familiar with quantum technology often have the following reactions to its mention: a questioning look, an acknowledgment of its far distant potential or visions of the large cryogenic units required to slow atomic particles to a motionless state to initialize value.

Cryogenic cooling units that can achieve near absolute zero temperatures made qubits possible, but their enormous size makes general applications difficult. Yet, in 1997, Bill Phillips won the Nobel Prize in Physics for demonstrating that atoms are affected by laser light and can be cooled through Doppler effects to low temperatures — thousandths of a degree above absolute zero — and captured, thus eliminating the need for large cryogenic units.

Subsequently, David Wineland and Serge Haroche won the Noble Prize in 2012 for controlling and measuring quantum particles while preserving their quantum properties. With more than one laser, thermal equilibrium of a quantum particle can be established. These achievements provided smaller laboratories and universities an opportunity to work with some of the smallest particles known.

One of the fundamental building blocks in any quantum application is the qubit, which is an expression of the particle’s superposition properties. An atomic particle can “occupy” several states at the same time. The second is entanglement, when two or more quantum particles share common unified characteristics while physically separate. Laser cooling applications allow for holding and arranging the crucial qubit in a thermal equilibrium lattice, but this method comes with staggering challenges.

A qubit is extremely sensitive to temperature, vibration, noise, electromagnetic waves, crosstalk and so on, causing significant errors and subsequent loss of quantum coherence, which makes it difficult to characterize and initialize value. The lack of coherence is one of the serious issues facing scientists and research engineers. Without coherence, extraordinarily little can be accomplished in a fleeting quantum moment. But even though achieving coherence for a significant length of time may be some years away, the level of quantum coherence we are capable of today is sufficient for various applications.

Two applications are important to know: quantum computing and quantum sensing, which have near-term potential.

In quantum computing, once a particle is held near motionless — in a coherence state — one can initialize its quantum value, which resides in a state of superposition, 0 and 1. Superposition allows for parallel activity versus the serial computation associated with binary. But multiple factors degrade or consume qubits and must be considered for quantum computing. Sufficient qubits must be available to compensate for qubits that fall out of coherence and back into a binary state.

Several companies can yield qubits in quantity; however, the reserve qubits may outnumber those required for algorithm computation.

Pre-error correction for noise and other detrimental qubit characteristics that cloud computational results also consumes qubits. Neither providing supplemental qubits nor performing pre-error correction processes are ideal, yet the state of the art now can provide sufficient qubits and fidelity to perform quantum computing to a limited degree, which is a White House concern.

Operational applications with shortened algorithms can be performed before coherence is lost. This approach, called “scalable processing,” runs a traditional high-speed computer in tandem with a quantum device allocated to the narrow and more abbreviated activity such as encryption/decryption and can yield answers to questions previously not able to be addressed.

Time before decoherence is the limiting factor for the depth of computational achievement. Progress is being made to extend the coherence time and subsequent applications. The administration — further highlighted by the recent executive order — wants all government agencies, industry and commercial entities aware of the dangers, and to take steps to prevent loss of critical data.

Another application, quantum sensing, is available today. A quantum particle’s sensitivity to any force interacting with its mass may not be a desired characteristic in establishing long-term coherence, but it does yield an application of potential interest: quantum sensing. A qubit’s extreme sensitivity makes it an ideal measuring instrument, one potentially far more accurate than current conventional measuring devices.

Quantum sensors can detect slight variations in magnetic and electrical fields, in acceleration/rotation, and in many more applications. Any improvement in inertial navigation — thus reducing dependence on space-based GPS — is significant and has multiple uses, for example, in underwater navigation.

Furthermore, sensitivity to fluctuations in a surrounding magnetic field may enable detection of submerged masses such as raw earth deposits.

The challenge is keeping the quantum sensor isolated from other disturbances that amount to noise in the data. Some efforts have enabled quantum sensing to mature into a near-term application with a high-technology readiness level. The potential impact of quantum applications is so enormous, the United States must start now in pulling forward operational applications or find itself in a technology tail chase with a potential adversary.

The National Quantum Initiative was not the only presidential document signed. In addition, a National Security Memorandum delegated the National Institute of Standards and Technology with the requirement to establish quantum resistant cryptographic standards. Working with industry, research laboratories and others, a roadmap to strengthening encryption will be developed.

Research and development will continue for decades, but applications are possible now. To date, scientists and research engineers have paced the development, but potential victims such as financial institutions, and defense and medical research organizations cannot stand on the sidelines any longer. The time is now to get involved and contribute to the drive for quantum applications.

So much has been achieved in the past decade, but we are not alone in our progress.

What is disturbing is that governments with policies contrary to international stability such as China and Russia are also working on quantum technology. Russian Deputy Prime Minister Dmitry Chernyshenko stated that quantum technology was a principal factor in securing Russia’s international leadership role. Russia’s stated goal is a quantum computer by 2024. The push for quantum technology applications can be seen in every institute and government; while most are supportive of U.S. national security interests, others are not.

Waiting until the challenges are overcome is not the answer. Institutions, defense and industry must be involved in moving from theorical to practical quantum applications. It is incumbent that the United States build its understanding of the science and subsequently, pull the technology into daily lives while preserving transactional integrity.

Retired Air Force Col. John C. Johnson is a former vice president and general manager at Northrop Grumman. He can be reached at jcjohn1931@gmail.com.

Re: U.S. Must Preserve its Quantum Advantage

An often missed conversation in regards of Quantum Computing and the USD economy is the link that exist to cryptocurrencies.

Cryptocurrencies are a type of money that is growing in US popularity because it is very thought that are difficult to steal or hack. However, a quantum-enabled hack of Bitcoin's underlying public key system (namely ECDSA breach by a QC Shor's algorithm) would be catastrophic for the global financial system and the UDS GDP real economy. Few research shows predictions of this "greyrhino" event to materialize in this decade, scientific academic papers from 2024 to 2030. Losses in unrealized gains and original investment capital would total over $2 trillion, representing a loss of approximately 95% of the cryptocurrency market's valuation.

These direct costs of a quantum-enabled hack of Bitcoin's underlying system would also have significant secondary impacts on financial volatility, equity prices, and credit conditions throughout the US economy, leading to a decline in aggregate demand and corporate profits and an economy-wide contraction further recession. There is no path forward for BTC, other than tank and rebuild, like the US economy would act. There few cryptocurrencies use nowadays Post-Quantum encryption public key signatures, the most notable one is called The Quantum Resistant Ledger which uses a NIST approved eXtended Merkle Signature Scheme. Risk analyst, specially those who administer big pension funds exposed to cryptocurrency should start paying attention to the emerging QC threat.