Industrial Base Should Prepare for Export Control Reforms 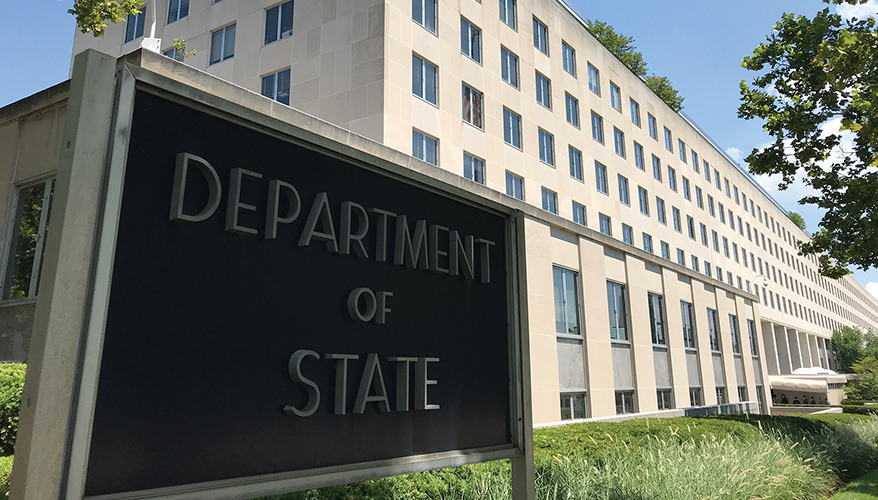 The State Department’s directorate of defense trade controls, the agency responsible for administering the International Traffic in Arms Regulations (ITAR), a body of export control rules that generally covers many military and other critical items, recently made public a slew of intended and upcoming regulatory reforms.

As part of the announced reforms, most significantly, the State Department intends to engage in a thorough review of the U.S. Munitions List (USML), which is a listing of 21 categories that enumerates or otherwise describes the items — such as hardware, software, services, and data — that are subject to the ITAR. That review will primarily consider the “technology frontier” to determine whether any “critical and emerging technologies” should be included to the list and therefore subject to the ITAR.

The State Department is expected to announce that broad technology-based review formally in the Federal Register sometime this year.

For industry, it is important to understand that for an item to be included on the USML, the applicable policy standard should be whether it provides a critical military or intelligence advantage, or if the item is inherently military. Moreover, the State Department previously advised that “critical” means the item is considered a “crown jewel” — as the government’s stated intention is to include only those types of items on the USML rather than less sensitive items.

Historically, the last major revision to the munitions list regarding an emerging technology took place in 2002, when a dedicated category for directed energy weapons was added. Since then, the list has included “developmental” entries for certain types of items, and most of those controls are in context of where the Defense Department is providing any funding for the item. In those situations, the State Department presumes such items are emerging technologies unless an exception applies, such as by requesting a formal government determination — via the ITAR’s commodity jurisdiction procedure — that the item is not ITAR-controlled.

Aside from the State Department’s review of the “technology frontier” to determine whether to include on the munitions list any newly identified critical and emerging technologies, it is expected that most categories will be reviewed over the next several years. That means that everything from vehicles and aircraft to electronics and spacecraft will be up for possible revision.

While these reviews mean that new items can be added to the list, they will also provide industry with the rare opportunity to provide its input through public comments, thereby permitting arguments that existing controls should be removed or modified in favorable way.

Even if those arguments are rejected insofar as specific edits to the USML’s text, the government may nevertheless respond with a favorable statement that has the same effect. For example, the State Department has previously rejected industry arguments to define a term in the regulations and in narrow fashion; yet, in rejecting the comment, the government states that such a change is not needed because the term should be understood narrowly given its context.

Moreover, as it has been several years since many areas of the munitions list were last revised — in some cases, nearly a decade — it is possible that the State Department would reconsider arguments that it earlier rejected. For example, it previously rejected industry’s arguments to better identify what constitutes military type unmanned aerial vehicles. Although those comments were rejected by the State Department in 2013, virtually identical arguments were made again several years later and ultimately accepted in 2016, and the list since then more clearly establishes whether a drone is subject to the ITAR.

Consequently, as part of the State Department’s reorganization effort, most parts of the ITAR will be consolidated and reformed, starting with its definitions — which are mostly within Part 120 — and then moving to other parts of the regulations involving licensing exemptions and licensing requirements. For instance, the licensing exemptions are spread out through various parts of the ITAR, while the Export Administration Regulations contains them in a single part. When it revises each part, the State Department has stated it will do so in two phases. It will first provide an interim final rule that effects a non-substantive consolidation, and then it will propose substantive revisions.

Elsewhere, the State Department intends to revise the ITAR’s definition of a “regular employee,” revise its license exemptions regarding personal protective equipment, expand the scope of what activities are not considered exports or other regulated transactions, and to update Supplement No. 1 to Part 126 covering the scope of what items may use various licensing exemptions — most significantly, the ITAR’s Canadian exemptions.

Aside from those actions, it is still on the State Department’s radar to respond to public comments involving its interim final rule from 2013 regarding brokering activities. The ITAR’s definition for “defense services” also has still not been updated, even though three proposed rules to revise it were issued in 2011, 2013 and 2015.

Finally, the State Department is considering implementing a “general license” pilot program that would allow certain exports to a limited set of identified countries where one license — or a licensing exemption — covers every related export transfer, thereby not requiring government approval for each related individual transaction.

As for their next steps, regulated parties should monitor the Federal Register for when these rulemaking efforts are published. When published, companies should evaluate how they are specifically impacted. Attention should be made to evaluate whether there are any identifiable unintended consequences or if the changes may contradict other areas of the ITAR.

However, some companies may need to act more proactively. If a company is engaged in critical and emerging technologies, then there might be a greater concern now as to how it might be affected by the State Department’s ongoing reviews — and whether it should obtain official commodity jurisdiction rulings before any rulemaking occurs.

Similarly, if a company is currently dealing with an uncertain issue that the government has announced it is reviewing and will seek public comment on, that may be important to know for how to currently handle that issue. Such a situation, for instance, may reveal that the government currently has no definite position, and any interim guidance could be fleeting. In that situation, other options may exist to resolve the issue.

Regardless of the individual impact from these intended reforms, it is evident that the winds will soon pick up regarding ongoing International Traffic in Arms Regulations developments, in contrast to the last few years that saw little such regulatory activity.

Christopher Stagg is an export controls lawyer at Miller and Chevalier Chartered. Previously, he was a senior policy advisor at the State Department where he was involved in revising the ITAR and USML.