JUST IN: Hicks Voices Concern About Pace of Hypersonic Tests 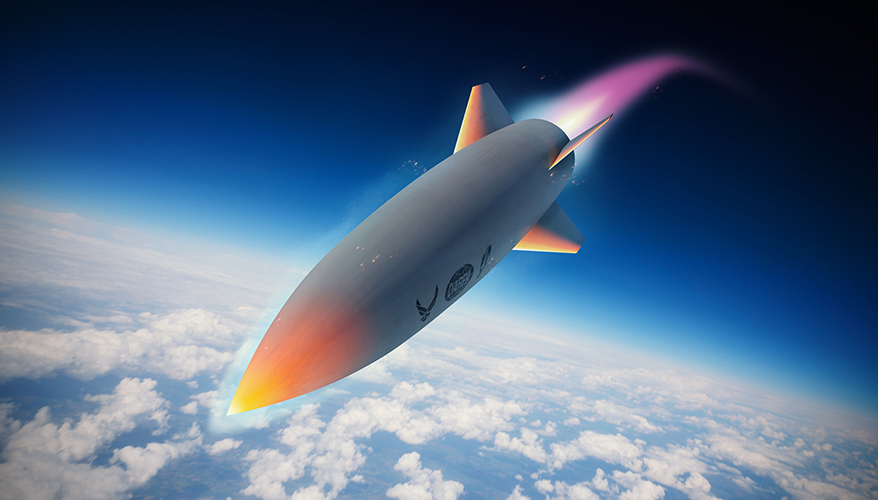 The  approach to testing and evaluation for hypersonic weapons is one of Deputy Secretary Kathleen Hicks’ biggest concerns about the advanced technology programs, she said April 12.

Innovation is slowed down by resistance to technological risk, especially for hypersonic weapon programs, Hicks told Defense Writers Group reporters in Washington, D.C. The United States used to be first class in its approach to innovation, which necessitated a willingness to fail during tests, she said.

The Army and Air Force with participation by the Navy and the Defense Advanced Research Projects Agency all have different hypersonic programs in the works. The weapons can travel at speeds of Mach 5 or higher and are highly maneuverable, which make them difficult to defeat. Russia and China have made strides demonstrating the technology in recent years.

“What we see in general is a real resistance to that approach and concern over whether the U.S. investments are making a difference up on Capitol Hill, and so you get curtailment of programs, you get concerns over concurrency,” she said.

The Pentagon needs to build trust between its leaders and lawmakers as the department continues to invest in capability improvements, she said.

Recently, Lockheed Martin revealed a secret missile test of the DARPA's Hypersonic Air-breathing Weapon Concept, or HAWC, that took place in March. The recent test — along with the announcement of continued investment in hypersonics in the 2023 budget request — showed that the Pentagon is continuing to strategize how to best utilize the weapons, she said.

While the Defense Department has put “a lot of money” into long-range fires for both the 2022 enacted budget and the 2023 budget request, she said spending money is not enough.

The “U.S. approach on hypersonics is not to try to match dollar for dollar, although we probably do that, or munition to munition,” she said. “It is to understand how hypersonic systems fit into the way in which we would prosecute the most effective operations.”

When asked if she was skeptical about any particular hypersonic program, she said the budget request spoke for itself. “We were pretty clear in our budget request how we're looking at the portfolio,” she said. “I'll let that stand.”

Hypersonic weapon programs under the 2023 budget totaled $7.2 billion across the services, according to a Pentagon release. However, the Air Force’s Air-Launched Rapid Response Weapon, or ARRW, is facing operational delays, the service announced recently.

Meanwhile, Hicks noted a recent trip to Northrop Grumman facilities in Palmdale, California, left her reassured about the delivery of the B-21 bomber. The prototype of the B-21 Raider is beginning its verification and validation process, according to a recent Pentagon press release.

Hicks said nothing in the discussion with Northrop stood out as “barriers” to staying on schedule. The program demonstrates the power of digital manufacturing tools to keep capabilities on cost and on schedule, she said.

“We'll want to continue to watch programs like B-21 to see what we can learn ... about how we use the technology of today to get better value to the taxpayer and get things out on time,” she said.

The Air Force in late March submitted its request for fiscal year 2023, which included about $5 billion for the bomber.