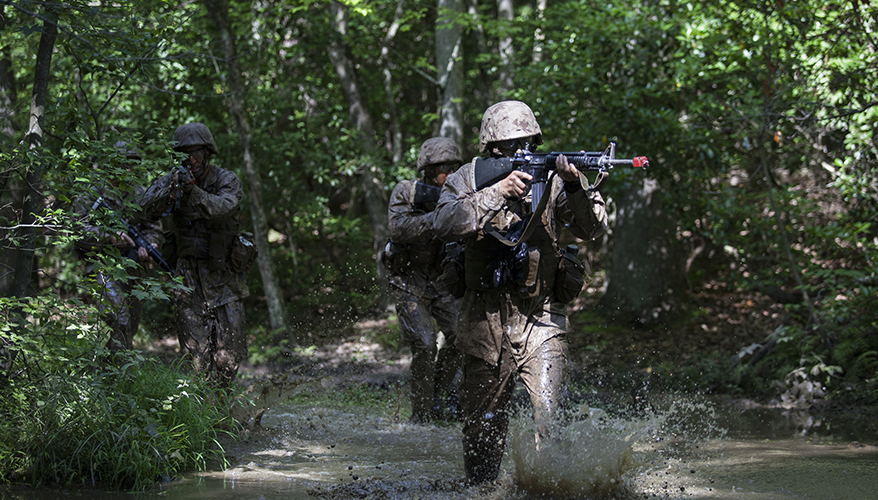 The Department of the Navy is requesting $50.3 billion for the Marine Corps, only a 2 percent increase over the enacted levels in fiscal year 2022.

“The Marine Corps [request] divests of legacy capability and capacity not aligned to the future threat,” he said. Marine Corps Commandant Gen. David Berger’s Force Design 2030 concept calls for the Corps to pivot to take on competitors such as China.

Some $700 million has been reallocated toward “investment priorities,” he said.

They include: long-range precision fires, networks and sensors as well as $20 million for updating manpower systems, and $150 million for training and education programs, he added.

“Through these efforts, the Marine Corps will function as the standard and force operating inside actively contested spaces, celebrating and leveraging all domain tools as the eyes and ears of the fleet and the joint force,” Gumbleton said.

Marine Expeditionary Force training and readiness is prioritized with funding of $1.2 billion, a $240 million increase from last year's request, he said.

Higher costs at maintenance depots have resulted in a flat budget request to repair and refurbish tracked and wheeled vehicles, he added.

The Marine Corps also prioritizes tackling the climate crisis with investments that include electric nontactical vehicles and carbon sequestration efforts, he said.

End strength would be reduced by 1,500 Marines for a total active force of 177,000 and 33,000 in the reserve force, which “continues alignment with the commandant’s force design efforts,” he said.

A planned reduction is the reserve force was a result of COVID-19 and recruiting and retention challenges. However, the plan is to return to an end strength of 36,600 by 2024, he added.