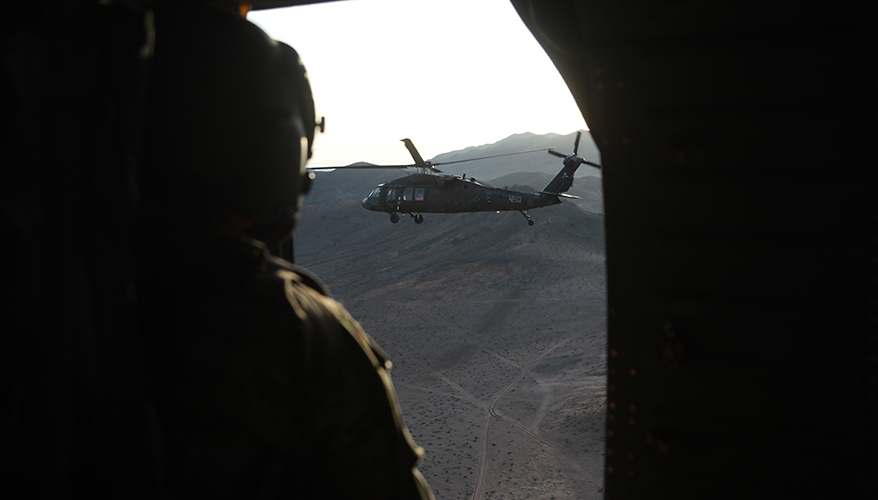 The Army is asking to slow down upgrades for some fighting vehicles and helicopters in its budget proposal for fiscal year 2023, while also hoping its modernization efforts will see continued progress, service leaders said March 28.

Undersecretary of the Army Gabe Camarillo said the proposal “enables a continued transformation to the Army of 2030 as we strategically pivot from two decades of a focus on counterterrorism to an Army adapted to meet our top pacing challenge in China, and the acute threat of Russian aggression.”

Military personnel accounts grew by $3.2 billion even though end strength is predicted to diminish. The total request is $58.3 billion and includes the 4.6 percent pay increase the Biden administration is requesting for all government personnel.

“I would just want to emphasize that this is not a budget driven decision. It's about maintaining high quality of our talent and our recruiting and we will look to build back up our end strength,” he said.

“The Army also continues to emphasize our six signature priority efforts that are critical to maintaining the competitive edge,” Bennett said.

For procurement and research and development, the Army is asking for $35 billion.

“The Army's modernization efforts are critical to maintaining our competitive edge as we transition our focus from irregular warfare to strategic power competition,” he said.

That also includes an undisclosed amount of funding to outfit one battery with a long-range hypersonic weapon and $90.9 million for Project Convergence, the Army’s effort to connect sensors and shooters, also known as joint all domain command and control. The experiments for that program are expected to begin in September, he added.

Legacy aircraft accounts, which include the Gray Eagle unmanned aircraft, UH-60 Black Hawk and CH-47 Chinook, would be reduced by $500 million under the proposal. The Army remains on track to begin fielding replacement future vertical left aircraft in 2030, Camarillo said.

The Army is requesting to slow down and reduce funding for upgrades to the Abrams, Bradley, Stryker and the Paladin Integrated Management fighting vehicles, Bennett said.

Due to production startup issues, the Army didn’t request any new armored multi-purpose vehicles for fiscal year 2022, but will ask for 72 vehicles in 2023, Bennett said.

Increases include: counter small-unmanned aircraft systems, retrofit kits for Humvees, and the tactical intelligence target access node, which is a critical intelligence system in support of the number one modernization priority — long range fires, Bennett said.

The Army is requesting $101. 8 million to fund its Arctic Strategy, which will go for training, equipment and operations in the region. That includes procurement for 13 of the new cold weather all-terrain vehicles.

Why is the Army buying 18,000 NGSW weapons when they have enough for testing? They should wait until testing is finished and a winning system selected before ramping up production.

One can hope the army will at least try to not reduce combat strength, hell, increase its brigades, by trimming huge amounts of personnel operating in what should be slightly more affordable civilian jobs (yes, move people from other bloated government agencies aka a good old fashioned pork trimming) and moving the military personnel to combat jobs. Not upgrading Abrams when they know now they face a nut in Russia and yes, you may indeed at some point need to fight a land war in Asia with tanks, just sends the wrong message. Good move on slowing down legacy aircraft programs, concentrate on the improved turbine engines to put on the legacy fleet and don't buy a new one for blackhawks. Why they give the Navy a huge budget so they can waste it on ships they get rid of after 15 years (their ships they dumped early are equal to the entire Army procurement budget) is a bit insane; not that they should not have $, but accountability for this set of strategic horrid decisions is criminal.