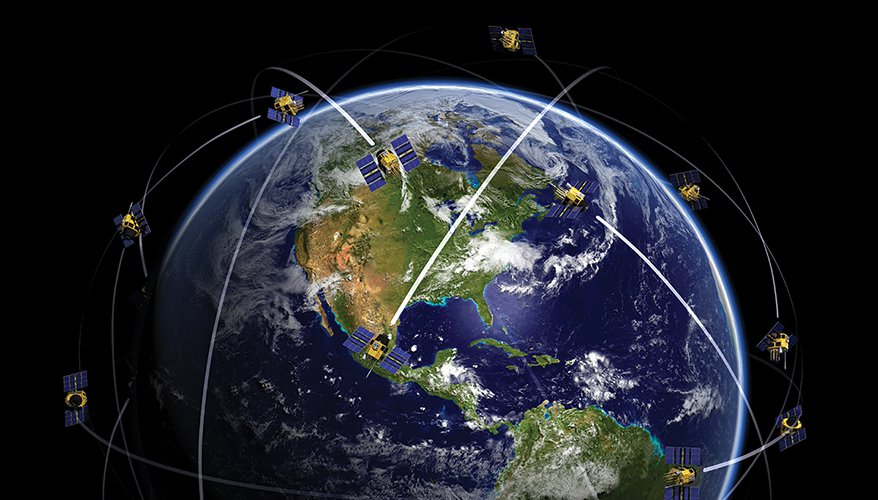 Leaders at the Pentagon and in the satellite communications industry say they need to work together to bring 5G technology to new heights — space.

The U.S. military wants to adopt 5G to improve communications from commanders to soldiers and military equipment in austere environments. To meet this need, the Pentagon’s research and engineering office has listed 5G and “Next-G” — the wireless technologies that will succeed 5G — as one of its top technology priorities.

For 5G networks to accommodate future military operations, however, some believe the infrastructure must include systems based on Earth and in space.

“Our command posts today cannot operate … in a large-scale combat operation the way they do today where they’re close in. What 5G in space brings for us is the ability for us to disperse our forces as they move out in operations,” said Brig. Gen. Jeth Rey, the director of the Network Cross-Functional Team at Army Futures Command, during a panel at the Satellite 2022 conference in Washington, D.C.

Common 5G infrastructure relies heavily on terrestrial telecommunications systems made of buried fiber optic cables. However, the future demands that will be placed on the network will likely need a combination of ground- and space-based infrastructure, according to a policy brief by the Woodrow Wilson International Center for Scholars think tank, titled “The Role of Satellites in 5G Networks.”

These demands include increased traffic and the number of connections to rural environments, the need for coverage for devices quickly on the move, and processing and data caching moving closer to the networks’ edge, the policy brief noted.

To accomplish this, the Pentagon wants to partner with industry to leverage the 5G communications infrastructure already being built and used around the world, said Daniel Massey, the program lead for the Defense Department’s 5G to Next G initiative called “Operate Through.”

“If we’re fighting against industry, we’re going to be swallowed up … We want to be aligned with — not competing against — where industry is going,” Massey said.

Massey’s office is working on how the military can operate in 5G in three environments: one where the Pentagon completely owns the network, one where it is an outside user at the edge of someone else’s network, and another environment that combines the two. He noted that pursuing the last option is what drove the Pentagon to stand up the Operate Through initiative.

Don Claussen, the vice president of business development at Intelsat, said the space-based 5G architecture they are developing can give warfighters enhanced capabilities compared to the others it offered in the past.

Intelsat is focusing on addressing fragmentation between the network and the space component and improving the ability to roam between networks, “whether it’s a terrestrial network into a space-based network, into somebody else’s space-based network, across bands, or across orbit, and not having five terminals … in the field, each performing one mission,” Claussen said.

Warfighters being able to seamlessly and automatically switch between communications pathways, as well as having confidence in their devices will be key, Massey said.

“It’s not a question of which link to transmit over,” he said. “We should be able to seamlessly roam … and roam between them. As the end person communicating, I shouldn’t really know or care. I should just be able to send the message.”

Rey also emphasized the importance of 5G networks supporting voice communications similar to a cell phone that many young soldiers are used to, but noted they have not been successful in fielding this technology yet.

Fielding 5G from space for military use with help from industry also comes with bureaucratic challenges.

One will be getting the government more involved with the standardization process of 5G networks, said Rajeev Gopal, the vice president of advanced programs at Hughes Network Systems. Standards allow the communications industry to agree on the technology’s fundamental features and implementations.

Hughes announced March 21 it had received an $18 million contract to deploy a 5G network at Naval Air Station Whidbey Island, Washington, to connect the base with a secure 5G network and support operations, maintenance and flight traffic management. Gopal said that during the program’s design review, 5G standards allowed them to streamline the process.

“That was very positive feedback, that the government has taken the right step by selecting 5G as one of its core technologies,” Gopal said. “Because of the standards which come with 5G, they can immensely help us across connectivity and computing.”

Another challenge will be maintaining network security when working closely with industry so that the information being shared across networks is protected from adversaries.

Claussen acknowledged that in order to better collaborate, there will need to be some give and take from both the industry and government sides of the agreement. Industry would create resiliency to communications pathways the government needs and adopt its security standards. At the same time, the government needs to give up some of the ownership control it is used to.