The Selfless Service of the 54th Massachusetts Regiment 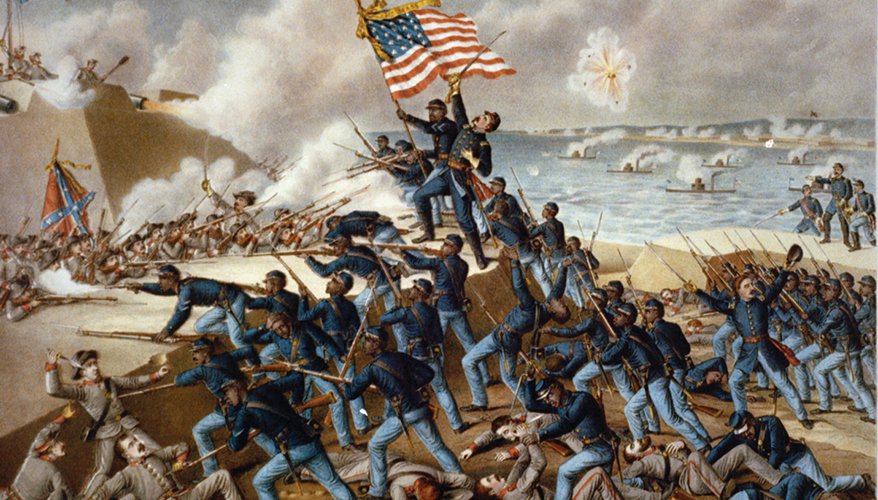 Andrews expected he could recruit a regiment of free Black men, despite knowing all eligible volunteers had likely experienced slavery in a way that a reasonable person could assume would make potential recruits reluctant to serve.

Despite lacking sufficient Black citizens in the state, Massachusetts got enough volunteers to establish both the 54th and 55th Massachusetts Regiments when volunteers from across the northern states and Canada traveled to the Bay State to enlist. At their first opportunity, Black men from a wide variety of backgrounds answered the call to service.

Since they could not serve as commissioned officers or commanders, Andrews recruited Col. Robert Gould Shaw to lead the new regiment.

The governor requested Shaw transfer from the 2nd Massachusetts Regiment, with which he saw action at the Battle of Cedar Mountain and was injured during the Battle of Antietam. Reluctant at first, at least partly because he did not want to leave his friends in the 2nd, Shaw eventually agreed to serve in the new organization. Shaw came to admire his unit, believing they would acquit themselves with distinction if allowed to do so.

Initially they were not allowed to do so. From late May through mid-July, the 54th was primarily given manual labor duties.

However, they persevered. Their first action was a skirmish, the Battle of Grimball’s Landing. They then served as the vanguard of the Union attack on Battery Wagner outside of Charleston, South Carolina, leading the attack against a highly fortified position with ample guns and ammunition. Union forces failed and the 54th suffered more than 40 percent casualties including the death of Shaw.

Despite the failure, the 54th demonstrated great courage and initiative during the attack, highlighted by Sgt. William Carney. After the regimental color bearer was killed, Carney grabbed the colors before they hit the ground and moved to the front of the attack. When it became clear the Union could not overcome the Confederate defenses, he retreated under fire and was injured multiple times. Despite his injuries, he refused to relinquish the regimental colors to another Union soldier, feeling only a member of the 54th should have the honor of bearing his unit’s flag. For his actions during the battle, in 1900 Sgt. Carney became the first Black man awarded the Medal of Honor.

Despite their valor, the government treated the men of the 54th Massachusetts poorly. Recruited with a promise of the same pay as white soldiers, the government initially offered $10 per month instead of the $13 received by white troops. So, the men of the 54th Regiment fought for 18 months without pay. Refusing to accept lesser pay for equal work, their families suffered as the men risked their lives for the Union.

However, the soldiers took a principled stand, likely knowing they would set a precedent for all future Black service members; they refused to accept anything less than what they earned.

The success and impact of the 54th Massachusetts was not foreordained. When Andrews called for volunteers, he did not know if he would get enough recruits for the regiment. When Shaw and the other white officers began training the Black soldiers, who came from different backgrounds with different education, training and experience, they did not know if they could create a cohesive combat unit. And no one can know prior to combat how any individual or group of individuals will react under fire.

The 54th Massachusetts Volunteer Infantry Regiment established a standard of selfless service that provides an example for all U.S. military units. Service requires selflessness, with a focus on the mission, to ensure the principles upon which our nation is founded endure.

After the war, Charles W. Eliot, Harvard’s president, praised the regiment, saying: “The Black rank and file volunteered when disaster clouded the Union cause. Served without pay for 18 months till given that of white troops. Faced threatened enslavement if captured. Were brave in action. Patient under heavy and dangerous labors.”

Their selflessness and courage demonstrated Black units could fight as effectively as white units. The men of the 54th were pathfinders for Buffalo Soldiers and Tuskegee Airmen and are among the great examples of selflessness of service that mark the men and women who served our nation with honor and distinction.