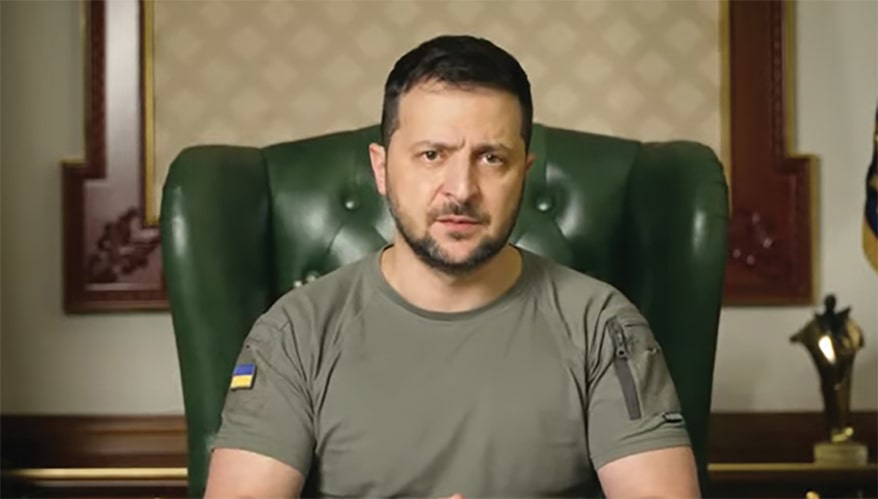 HALIFAX, Nova Scotia – The Halifax International Security Forum — held the third weekend of November on the shores of the Atlantic in one of Canada’s maritime provinces — is a conference for democracy’s true believers.

The three-day forum brings together those who think free and fair elections and the governments they form — no matter how messy the process — is the only way forward for humanity. Alliances such as NATO and the less formal Quad in the Pacific — comprising the United States, Japan, Australia and India — can be forces for good.

They believe national security is a bipartisan issue. The United States sends a delegation of senators and representatives to the forum every year from both sides of the aisle.

The delegation was once led by the late Sen. John McCain, R-Ariz., and his family members still participate in the forum. This isn’t a confab for the “America First” or isolationist crowd.

While there is a range of topics every year, the overwhelming theme of the 2021 forum was China and the threat it poses to the democracy loving peoples of the world.
What a difference a year can make.

At the 2021 forum, there were a few discussions on Russia and the Ukraine: “Will he, or won’t he?” being the main topic. “He” being Vladimir Putin and the question: will he invade Ukraine?

A year later, China was still on the Halifax agenda, as was North Korea, which was lobbing missiles over the Pacific, and Iran, where street protests against the theocracy were in their fourth week. However, Ukraine dominated the agenda and conversations in the hallways — literally.

“Why won’t the U.S. send Gray Eagles to Ukraine?” one participant asked me as I was walking down the hallway to my hotel room after a session. “So what if Russia captures one and sends it to Iran. It’s 15-year-old technology. Who cares?”

There were some 20 participants from Ukraine at this year’s forum, along with taped or video feeds of leaders still in Kyiv.

The forum’s president Peter Van Praagh set the tone for the conference in his opening remarks.

“It was Ukraine’s fight that gave us our unity of purpose. Had Ukraine surrendered, as some European leaders urged President Zelenskyy to do, it’s not difficult to imagine where we would be now: a much-weakened Europe, a divided NATO, a humbled America — all confronting an empowered Russia backed by a smiling Xi Jinping. That is not where we are. Quite the opposite,” he said.

A year has made a major difference in the lives of Ukrainians and its leader President Volodymyr Zelenskyy.

As Russian forces gathered on the border in 2021, he was far from being a household name. Newscasters always noted that he was a former actor and comedian.

A global superpower was about to invade its smaller neighbor, and the man running the show was a former rom-com actor. How well could that go? A lot of pundits gave the country four days. Putin himself apparently believed it.

Shortly before the 2022 forum, Russian forces retreated from Kherson, prompting some to call for compromise.

Zelenskyy — in a taped message to the conference participants — was having none of it.

“Immoral compromises will lead to new blood. A truly real, long-lasting and honest peace can only be the result of the complete demolition of Russian aggression,” he said.

While Zelenskyy is an inspirational leader, it’s the Ukrainian people who should be lauded the most.

Perhaps that’s why the forum bestowed this year’s John McCain Prize for Leadership in Public Service to the women of Ukraine. First Lady of Ukraine Olena Zelenska accepted the prize on their behalf.

“I want you to try and see, in your mind’s eye, what Ukrainian women are experiencing now. As we speak, 40,000 of them are at the battlefield serving in the armed forces of Ukraine. They are all volunteers,” Zelenska said.

Only about seven days after the Halifax Security Forum ended, citizens in China rose up and took to the streets to protest the government’s COVID lockdown policies. In front of cameras, they have demanded freedom of speech and freedom of the press and called for the end of Xi’s rule. Many have been beaten and hauled away by the police — a fate they surely knew was in store for them prior to leaving their homes to protest.

Knowing what we know about China’s government, these acts by ordinary Chinese citizens are real acts of courage.

A year ago, it looked like democracy was on its heels. But the bravery of ordinary Ukrainians, the Russians who oppose the war, Iranian protestors and now some in China have proven otherwise.

So, what will the next year bring? Making predictions is foolish, as this past year has proven. No one thought Ukraine would send Russian forces packing. No one predicted street demonstrations in Beijing.

But here is one anyway: by the 2023 Halifax International Security Forum, Russia has ended its war of aggression against Ukraine, and Vladimir Putin will be sitting in a cell in The Hague awaiting his trial for crimes against humanity. One can always hope.