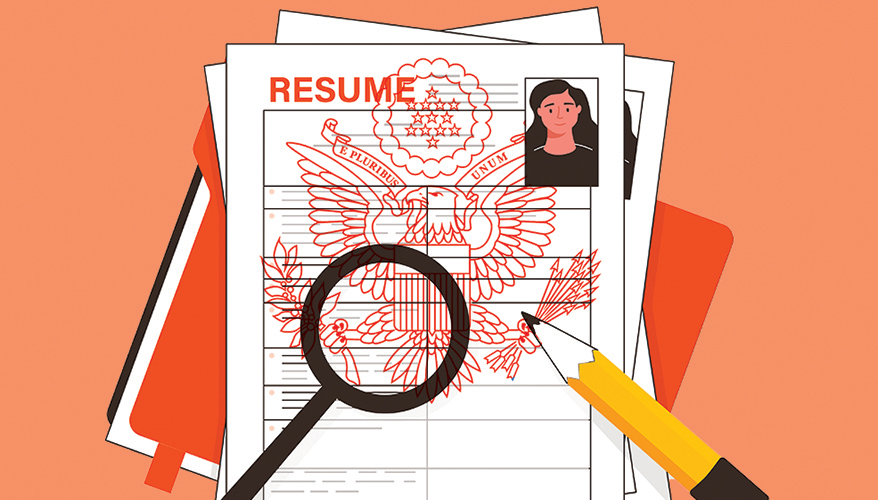 There’s a common quip in Washington that federal employees leaving their jobs to work in the private sector are “going to the Dark Side.”

However, what is not so funny for federal contractors and former executive branch employees is when the application process for — or the performance of work at — the new job runs afoul of ethics laws and regulations.

For example, Oracle America Inc.’s 2019 bid protest of the Defense Department’s Joint Enterprise Defense Infrastructure Cloud procurement involved several allegations of personal conflicts of interest by agency employees who sought employment with Amazon while working on the solicitation. The U.S. Court of Federal Claims determined that the agency had appropriately investigated the potential conflicts and concluded that they did not adversely affect the procurement but not before the entire issue became the subject of intense public and national political scrutiny.

In October, the mayor of Washington, D.C. fired a senior official for accepting a job with a contractor doing business with the city. According to the mayor’s office, the employee failed to recuse himself from matters involving a subsidiary of the company hiring him. The subsidiary recently won work under a $1.6 billion city Medicaid contract. The mayor has asked for an investigation. Like the Air Force example, the awarded contract is potentially at risk.

When considering how to comply with the rules, the analysis looks at two phases: before and after. The first phase deals with the employee’s job search. The second deals with the type of work that the newly hired employee may perform and when.

The search phase is guided by the general principle that public service is a public trust, requiring federal employees to act impartially when performing their official duties. Hence, executive branch employees thinking about private sector employment must recuse themselves from participating personally and substantially in any matter that would affect the financial interests of a person or company with whom the employee is considering employment.

The employee must notify, as appropriate, supervisors, coworkers and agency ethics officials of the job search and request recusal, preferably in writing. Failure to do so can potentially result in criminal and civil penalties for the employee. In addition, contractors can lose contracts on which former federal employees worked if there is found to be a conflict involving their hiring.

When a former federal employee is properly hired, the contractor must concern itself with what that new hire may do. This is the “after” phase. In most cases, but with some notable exceptions, a former employee may generally provide “behind the scenes” assistance to a contractor, if that assistance does not involve revealing source selection or contractor bid or proposal information acquired during federal employment.

The employee prohibitions involve limiting representation of a contractor to that employee’s former agency. This prohibition, which can apply to the employee’s mere presence without saying anything, has the goal of preventing the unfair use of influence and information gained through official employment. These prohibitions are most commonly called the “permanent bar,” the “one-year bar” and the “two-year bar.”

There is also a two-year bar on matters under a former employee’s official responsibility. In that case, a former employee may not knowingly communicate with or appear before an agency, with the intent to influence it, in connection with a particular matter in which the United States is a party or has a direct and substantial interest, which the former employee knows or reasonably should know was pending under their official responsibility within one year before the termination of federal employment and that involved a specific party or specific parties at the time of such participation.

A one-year bar applies to former senior-level federal employees, who may not represent someone else before their former agency with the intent to influence that agency on a matter which is pending before the agency or in which the agency has an interest.

Finally, a separate “one-year bar,” which is a matter of procurement integrity rather than employee ethics, prohibits a former federal employee from receiving any compensation at all from a contractor that has been awarded a federal contract worth more than $10 million if — at the time of selection or award — the employee was one of the following: the procuring contracting officer, the source selection authority, a member of a source selection evaluation board, the chief of a financial or technical evaluation team for that contract, an administrative contracting officer, a contract program manager, or someone who personally made a variety of payment or other financial decisions involving other contracts for that contractor.

The solution in the end depends on a rigorous contractor compliance program when hiring former federal employees to ensure that each party involved — the hiring contractor, the former employee and even the former agency — have complied with all statutory and regulatory requirements. As such, federal contractors would be wise to review and potentially strengthen their compliance programs.

Aron Beezley is a partner, Nathanial Greeson is an associate and Patrick Quigley is of counsel at the law firm Bradley Arant Boult Cummings LLP.