Ukraine Serves as Lesson in the Value of Training 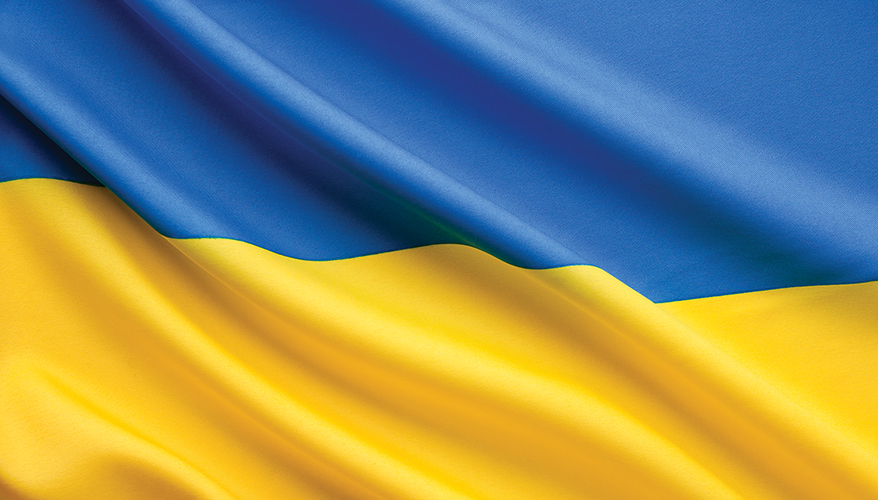 This article builds on the tremendous content of the November issue of National Defense magazine, which focused on training and simulation, especially the “Editor’s Notes” column written by Editor in Chief Stew Magnuson that you need to go back and read.

As president of the National Training and Simulation Association, or NTSA, I spend most of my time advocating for training and training systems within an acquisition bureaucracy very much consumed with what I call “shiny objects” — that is airplanes, missiles and guns and the like.

Not that new capabilities are not important, but my military experience has been that humans are the centerpiece of an effective fighting force whose leaders are responsible to “organize, train and equip” their units. This month we celebrate training and simulation at the Interservice/Industry Training, Simulation and Education Conference (I/ITSEC) in Orlando where the community gathers to explore and debate the latest ways we can transform education and training and provide the best systems for the fighting force and first responders.

This year’s conference of more than 17,000 was developed with the backdrop of the Russia-Ukraine conflict, which is in its ninth month. Without any prospects of peace in the near term, one thing has become clear — the Ukraine army is holding its own against a much bigger adversary. This was supposed to be a four-day war. What happened? Certainly, the allies have come to Ukraine’s aid with the United States providing nearly $20 billion in security assistance since the conflict began, and the list of weapons has filled some key shortfalls in Ukraine’s capability.

What are the most important factors that are allowing Ukraine to succeed? Why are they doing so well today compared with their dreadful performance in 2014? Let’s take a deeper look.

We start with a bit of history related to the 2014 Russian invasion of Ukraine. Following the loss of Crimea on March 18, the Ukrainian leadership was ousted, and the country was in complete disarray. The military was faced with a force depleted over the years by a lack of support, poor logistics, corrupt leadership and little confidence along with a doctrine that was the legacy of the Soviet Union.

In reality, the combat-ready force was really only around 7,000 soldiers and a dozen operational tanks. Many of the commanders were working more for the Russians than the Ukrainians.

The invasion of 2014 was a turning point. Facing daunting odds and little international support, new leadership knew something had to change for Ukraine to continue to exist as a nation state. They began calling on volunteers to join the force and authorized small militias to enter the fight. Ukraine’s leaders analyzed their situation and knew they needed help and turned to the West.

While the United States and other nations turned a blind eye to Russian aggression in 2014, they did begin to work behind the scenes on a long-term plan to support the development of an effective Ukrainian army. The Unites States formed the Joint Multinational Training Group-Ukraine, or JMTG-U, chartered to train, equip and develop a training center of excellence and provide doctrinal assistance to the Ukrainian military.

In spring 2015, Ukrainian soldiers began attending the Yavoriv Training Center. Since the initial National Guard deployments in 2015, there have been five additional rotations in support of converting Ukraine from a Soviet mindset to Western standards.

These efforts resulted in the training of more than 10,000 officers every year since 2015. The Ukrainians created a non-commissioned officer corps and began the empowerment of lower levels of the force, especially special operations, to take the fight to the enemy without the heavy burden of bureaucracy.

Today, the Ukrainians are engaging in somewhat of an insurgent fight much like the Mujahideen did against the Russians in Afghanistan. Meanwhile, Russian doctrine has not changed.

So, what can we learn from this turnaround story? The current conflict highlights not only the need for cutting-edge technology that is easy to use, but more importantly in my view, a fighting force confident in their leadership and trained to fight for its country and that is educated enough to assimilate technology quickly and smart enough to employ to maximum effect. Why are the SEALs so good? Why are Top Gun pilots the best? Education, training and a common cause are the keys to winning.

While the National Defense Industrial Association focuses on the defense industrial base at large, NTSA’s focus is on the education, tactics and training of the personnel that are the centerpiece of the force. Both organizations are passionate about their mission and ask for your support for warfighters, first responders and their families.

While I ask you to consider whether we value people, their motivation, education and training enough in our national security priorities, I also emphasize that when it comes to national security, NDIA and NTSA are both “at the heart of the mission.” Come join us on a journey to excellence.