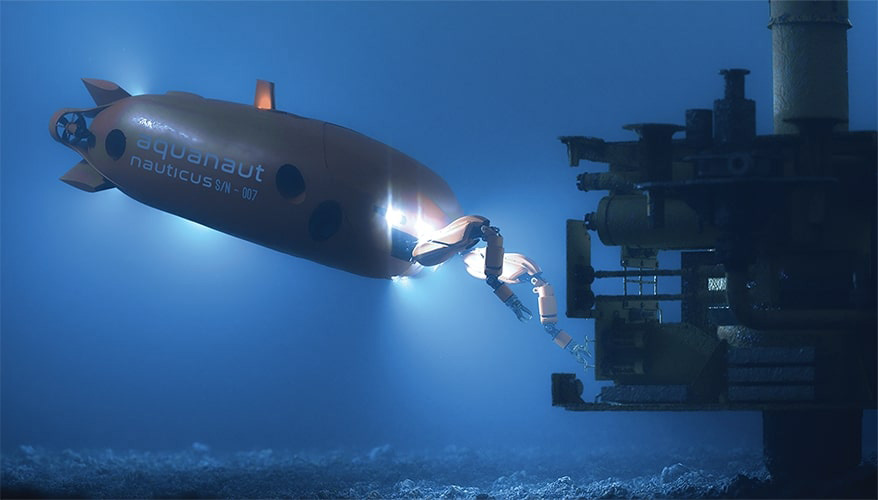 The Defense Innovation Unit in partnership with the Office of the Deputy CTO for Mission Capabilities recently funded two companies out of a field of 67 for the Autonomous Amphibious Response Vehicle program, according to a DIU press release.

The battery-powered robots will be able to identify hazards such as mines while withstanding rough surf conditions, said Donnelly Bohan, chief operating officer at Nauticus Robotics, one of the selected companies.

The robotics company VideoRay is providing a two-man portable, small robot called the Defender, while Nauticus is offering its ToolKit autonomy software. Nauticus will add thrusters and tracks to the Defender to allow it to search through all weather conditions, Bohan said.

“The thrusters would allow us — in rough weather — to force ourselves down and keep us on the beach, in the sand ideally, and also have tracks on it so that it could crawl up onto the beach, look around, do ISR-type of mission and then potentially swim back,” she said.

Because it can both swim and crawl, the robot optimizes how it can maneuver around hazards while saving energy, she noted.

“If you only can crawl, you don’t know if that hazard that you’re running into is five feet one way or 20 feet, so you don’t really know which way to turn to optimize getting around it,” she said.

The preliminary design for the underwater robot has been approved, and engineers are putting hardware in the water in Galveston, Texas, this fall, Bohan said.

Competing robotics company Greensea Systems is taking a different approach with an existing off-the-shelf robot from Bayonet Ocean Vehicles. The team will deliver a prototype that crawls on the ocean floor called the Bayonet-250.

“Both vehicles will integrate with USMC Mission Command systems, and adhere to open architecture principles for interoperability,” said a DIU press release. “The diverse technical approaches of the two companies provide the USMC with optionality and risk reduction, while delivering the key features required to complete the mission.”

The open system design approach will make command and control for the Marine Corps much easier, Bohan noted. Now that the Pentagon is using more unmanned assets paired with manned vehicles, creating a common operating picture is much more important.

Nauticus and Greensea Systems will deliver prototypes to the Marine Corps in fall 2023.