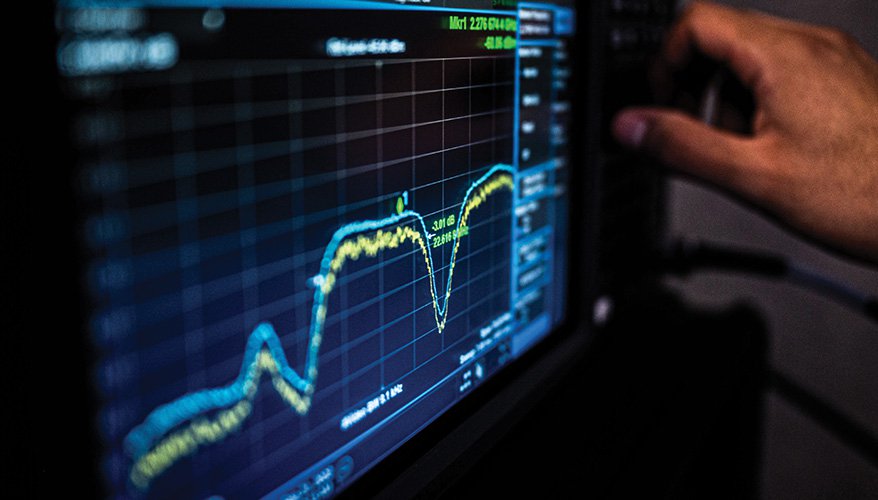 NATIONAL HARBOR, Maryland — When one thinks of a traditional warfighter, they picture an operator engaged in conflict in a physical domain: a soldier moving through enemy terrain, an amphibious assault ship sailing across the ocean or an F-35 fighter jet soaring in the air.

But for the Space Force, the primary battlespace is not material — it’s digital.

“If you look at the space domain, the way you experience that domain is through data,” Chief of Space Operations Gen. John “Jay” Raymond said during a panel discussion at the Air and Space Forces Association’s annual Air, Space and Cyber event in National Harbor, Maryland.

As the United States’ youngest service enters its fourth year, the Space Force is reevaluating “what readiness means to a force that is primarily employed in place rather than waiting to deploy overseas.” That includes contemplating new approaches to training, sustainment and reporting data to the Pentagon, Raymond said during his keynote address at the event.

In particular, the service is expanding its exercise program “to increase readiness of our squadrons,” he added.

The same week of the AFA conference in September, Space Force operators were participating in a new exercise called “Black Skies.”

Focused on electronic warfare, the exercise “trains the force in a realistic threat scenario,” Raymond said.

“We have the ability to conduct live fire activities, monitor those for safety and security purposes, and observe and then provide feedback and lessons from the training,” he said.

Black Skies is the “first of a series of exercises STARCOM will develop to build the readiness of operating in this new warfighting domain,” Raymond said.

Along with Black Skies, the Space Force is planning to conduct “Red Skies,” an exercise focused on orbital warfare to train soldiers on combatting threats in space.

“For Red Skies, we’ll need orbital warfare capability for sure,” Bratton said. “Whether that’s [actually] live flying an asset on orbit, I would say that’s unlikely for 2023, as much as my team is super excited about doing that.

“But then we move into the digital space, and what are we going to do in the virtual constructive space with the tools available to us? What can we bring on board? So I think we’ll see, and we’re investing now in really the digital side,” he added.

Red Skies will be followed by a cyber warfare exercise called “Blue Skies,” Bratton said. Red Skies is scheduled for 2023, with Blue Skies expected to occur in 2024, he added.

These new exercises will provide insight not just for the Space Force, but the entire U.S. military, giving “a more holistic view of the joint-force’s readiness,” Raymond said.

In addition to this new series of exercises, STARCOM is introducing more digital capabilities at its joint training exercise known as “Space Flag,” Bratton said.

An iteration of Space Flag was completed in August and involved warfighters from the Space Force, Air Force and Army, according to a press release. Members of the Marine Corps’ Marine Space Support Team were also on hand to observe with an eye toward having them participate in future iterations, the statement said.

The August series was the first time a cyber component was included in the exercise, Bratton noted.

“We learned a lot,” he said. “What we did this time was we actually brought the cyber team in like a week or two ahead of time and executed the … cyber portion of the exercise. And then the outcomes of that impacted the space operations piece.”

“That was a good first step, but we really need to integrate them together,” Bratton added. “We need to bring [them] all in the same room, planning activities that are synchronized.”

Another iteration of Space Flag is scheduled for December and the cyber team will have more collaboration with the rest of the participants. The goal is to have them “fully integrated” in the 2023 editions of the exercise, he said.

This greater emphasis on cyber capabilities in the Space Force has also impacted the way the service recruits as it looks to expand its pool of digital talent.

“We’re … looking at less traditional ways to assess talent,” Raymond said. “This summer, we accepted six cyber professionals to commission directly into the Space Force from industry. We’re bringing them in anywhere from a first lieutenant to a lieutenant colonel based on the credit that we’ve given them for the experience that they’ve had with industry.”

The first of these direct commissions, 1st Lt. Jessica Thompson, is currently at officer training school, he said. Once graduated, she will serve as a cyber warfare operations officer, according to a release from the Naveen Jindal School of Management, where Thompson earned master’s degrees in Business Administration and Information Technology and Management.

In this role, Thompson will “command a Space Force crew and oversee cyberspace weapons systems” as well as “assess intelligence information and maintain vigilance across all cyber channels,” the release said.

Along with recruiting from industry, the Space Force is looking for ways to increase the digital capabilities of its enlisted force, Raymond said. One of those methods is through the service’s Supra Coders program, which trains warfighters to become software developers.

“We’re trying to build indigenous software experts inside of our service,” Raymond said. “I think … we’ve got just shy of 100 that have gone through this program, and then we’ve got more being developed over time.”

Once trained, Supra Coders are placed throughout the Space Force in “software factories,” such as in the Space Command and Control program, also known as Kobayashi Maru, he said.

“We’re putting them in innovation cells … to be able to give them the tough challenges to work on, and see if they can write code to be able to help us,” Raymond said.
Supra Coders have produced results, he added.

“We’ve developed some apps that have been on our command-and-control systems,” Raymond said. “We had a young guardian at one of our units build a digital representation of some equipment that we used to have to take offline to train on … it was all done in-house.”

“We’re purposefully assigning those folks in critical positions to help us harness the innovation that we think is out there,” he added.

The Space Force’s digital push comes at a time when the service is consolidating many important Defense Department programs into its portfolio.

The Space Development Agency has also transitioned into the Space Force as of Oct. 1. The agency has been developing the National Defense Space Architecture, a constellation of satellites that will provide increased communications, missile warning and tracking and position, navigation and timing capabilities to warfighters across the globe.

The agency will begin launching its Tranche 0 satellites later this year, said SDA Director Derek Tournear during a panel discussion at the conference. This initial launch will include 28 satellites bearing missile warning and communications payloads “so that the warfighter can actually start to use that to develop their techniques,” he said.

In 2024, the agency will launch about 150 satellites to perform the global beyond-line-of sight targeting and advanced missile detection mission, Tournear added.

Additionally, the Space Force is “in talks” with the Army to take control of the joint tactical ground station, or JTAGS, mission “over the next year,” Maj. Gen. Douglas A. Schiess, vice commander of Space Operations Command, said during a panel discussion at the conference.

The transfer would bring all space-based missile warning systems for all of the combatant commanders into the Space Force, Schiess said.

With all of these programs now part of the Space Force’s responsibilities, the service will need to develop or acquire further capabilities to perform these critical missions. The solutions won’t come from hardware, but rather software, said Maj. Gen. DeAnna Burt, special assistant to the vice chief of space operations.

“We are in the digital age. We need to step to that next level if we’re going to win against our potential adversaries,” Burt said during a panel discussion at the conference.

“One of the things that I have long thought of is that we were too hardware-focused rather than software-focused,” he said. “We needed to have the agility … to be able to … harness that data [and] apply some analytical tools on top of that to solve some of our tough problems,” he said.

The Space Force has introduced several initiatives to increase collaboration with industry partners, such as setting up a “commercial front door at Space Systems Command,” Raymond said.

“For all the new companies that have come in that might not have had the experience of working with the department, we provide them with a sponsor, if you will, somebody that’s there that can help them walk through the process and help us work better together,” he said.

As part of its efforts to fulfill Secretary of the Air Force Frank Kendall’s first operational imperative of “defining resilient and effective space order of battle and architectures,” the Space Force is also working on new designs to diversify the architecture in space in the face of a growing threat to U.S. space capabilities, Raymond said.

Led by the service’s Space Warfighting Analysis Center, this force design work has been done “all digitally,” he said.

“Using model-based systems engineering, [we] came up with the digital models — both of the threat that we see, and the architecture design that we want to move to,” Raymond said. “Rather than just print out documents, we actually did the computer models, and we handed that to industry and said, ‘Here’s what we think, let’s have this … conversation.’”

Ideally, the entire effort of developing and then fielding the capabilities for these space architectures will all use “that same digital thread,” Raymond said. But there’s still some ways to go before that’s a reality for the Space Force.

“That’s nirvana,” he said of the digital thread. “We’re not close to that, but … we’ve taken a good first step.”

“We’ve done the digital design work, we’re figuring out what a digital requirements process is, and I think it’s going to pay significant dividends for us as we move forward,” he said.