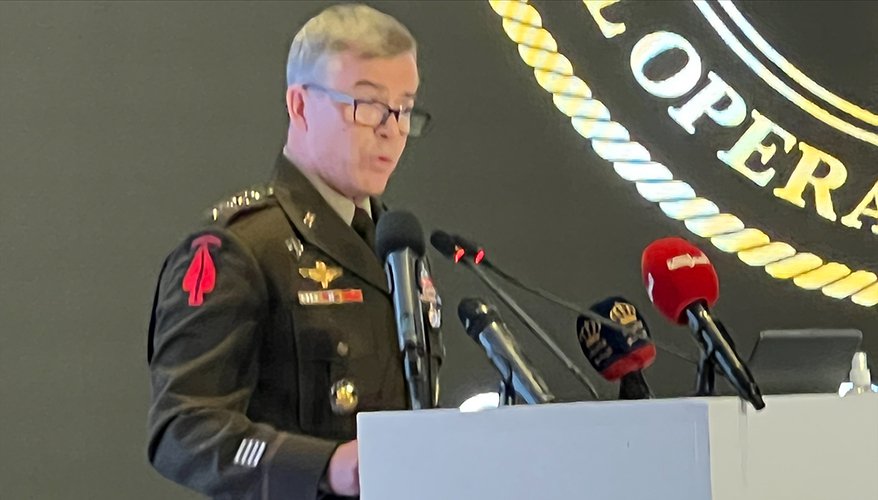 Kamikaze drones — which can be used for surveillance or flown into targets setting off explosive charges — have proliferated during Ukraine’s war against Russia. Many of them are purpose-built for such missions by U.S. companies like AeroVironment, which manufactures the Switchblade.

Russia of late has employed the same tactics after receiving a large shipment of Iranian-built Shahed-136 drones, according to U.S. officials who have spoken to the media. Russia has used the drones to systematically destroy Ukraine’s energy infrastructure, although both Iran and Russia have denied that Tehran has supplied the weapons.

Maj. Gen. Nick Perry, director of specialist military units for the United Kingdom’s armed forces, said prior to the Ukraine War, Iran was already proliferating drone technology to its proxies in the Middle East.

Maj. Gen. Adil Rehmani, commander of special operation services in the Pakistan army, said that his forces once had the technological edge over terrorist groups, but that is no longer a given.

“Ten or 13 years ago [a terrorist] was not able to do surveillance. Now, he can fly a drone, and a I fear someday soon, he will have an armed drone,” Rehmani said.

Just like the coalition that helped bring down the terrorist group ISIS, a partnership of international militaries and intelligence agencies should come together to help defeat the drone scourge “because they threaten all of us,” Fenton said.

The approach should also include industry, academia and non-military agencies, he added. “Combining all these tools and using almost three decades of experience, a very strong partnership can address this new threat.”

Special operators are well suited to help in the fight against drones because they are adept at experimenting with new technologies and forging partnerships. “We can address that in a very unique and different way,” Fenton added.