JUST IN: China Has ‘Theory of Victory’ to Defeat U.S. Military, Report Finds 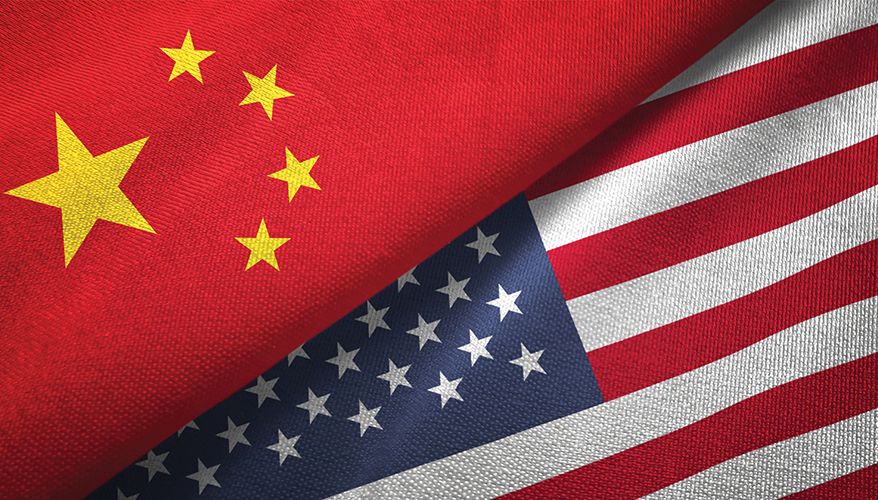 China has not only closed the military capability gap and increased competition with the United States, but also has developed a strategy to defeat the United States in a potential conflict, according to a new report.

“The Future of Conflict and the New Requirements of Defense,” by the Special Competitive Studies Project — a bipartisan initiative promoting the adoption of emerging technologies in national security — outlines how advanced technologies such as artificial intelligence are “creating new ways to apply military force.”

China is looking to “harness these changes with the aim of eroding or even leapfrogging the United States’ military strengths,” the report said.

Over the last few decades, China has studied how the United States has traditionally fought wars using “networks of precision-guided munitions engaging each other,” or what the Chinese military refers to as “informatized warfare,” SCSP’s senior director for defense Justin Lynch said.

Additionally, the Chinese want to be the “first movers” in the new mode of conflict they call “intelligentized warfare,” and by so doing become the world’s dominant military power, he said.

Intelligentized warfare utilizes emerging technologies such as AI, 5G networks and quantum computing to disrupt an adversary by attacking their ability to understand and perceive the world, Lynch said.

“The state directs the private companies there what to do,” Bajraktari said. “It speaks to their determination, their focus … their desire to resource the technological priorities that they really see as both key to overcoming some of the challenges that they're facing economically, demographically, militarily, but also to how they approach the rivalry [with the United States].”

One of the SCSP’s 10 recommendations in the report calls for the United States to “implement a new public-private partnering model with industry, academia, investors and civil society.”

“How do we harness the capital, the knowledge, the innovation, that now resides primarily outside the government — in contrast to the Cold War, where most of the innovation was happening inside the government, most of the [research-and-development] was paid for by the government?” Bajraktari said. “How do you bring some sort of a model that harnesses this, that's reflective of our ideology as a country, our democratic system of governance, but that is responsive to the state geopolitical competition?”

Despite China’s significant technological strides, “asymmetries” such as the United States’ demonstrated ability to conduct joint operations and its strong partnerships with allies would give the country a powerful advantage in a potential conflict, Lynch said.

“Even if China were to be able to replicate the technology that we have, we can deploy it and employ it in a way that's difficult for them to match,” he said. “If we plan that out effectively, it means that we have capabilities that are difficult to duplicate that we can use to our advantage.”

Re: JUST IN: China Has ‘Theory of Victory’ to Defeat U.S. Military, Report Finds

The United States and her economic and military coalition member states generate well over $41 Trillion in annual GDP and spend well over $1.2 Trillion on defense on an annual basis. The US and a number of her allies maintain nuclear weapons and massive first strike capability. Essentially, no single nation state nor any conceivable combination of nation states can match the United States and her economic and military coalition member states. It is just not possible. The poor Russian economy generates less than $2 Trillion annually in annual GDP and spends far less than $70 Billion annually for defense. This is about the same as Great Britain. Communist China, on the other hand, generates over $14 Trillion in annual GDP and spends less than $300 Billion annually on defense. Communist China is in a difficult position in that she is among the top three trading partners for the United States, the European Union, Japan, South Korea, and Australia. The Communist Chinese economy is dependent upon over $1.5 Trillion in annual trade with the US, EU, Japan, South Korea, and Australia. This is hardly the behavior of an enemy. Aside from that, Communist Chinese defense spending is entirely dependent upon economic well-being. The bottom line is that the United States is the economic and military global hegemon and will remain so for the foreseeable future. This is still a unipolar world centered on the United States.

David Tate at 12:33 PM
Re: JUST IN: China Has ‘Theory of Victory’ to Defeat U.S. Military, Report Finds

A Chinese leadership that seems to believe it's own bull about being able to defeat the US militarily is a highly dangerous situation. We should be doing whatever we can to make it unambiguously clear to Emperor Xi that going down that road would end the modern Chinese state.

Hoi Polloi at 3:45 PM
Re: JUST IN: China Has ‘Theory of Victory’ to Defeat U.S. Military, Report Finds

Hilarious! The Chinese are not even capable of retaking Taiwan.

The first thing President Trump should do in his second term is to formally recognize Taiwan, sign a treaty with them, and set up US military bases there.

Johnathan Galt at 1:53 PM
Re: JUST IN: China Has ‘Theory of Victory’ to Defeat U.S. Military, Report Finds

I have no bravado. A first strike against our satellites (GPS, comms, ISR), internet and power grid will drive the US and its allies into internal chaos and prevent effective offensive action beyond existing forces for many months.