JUST IN: Air Force Looking at How to Scale New Combat Drone Programs 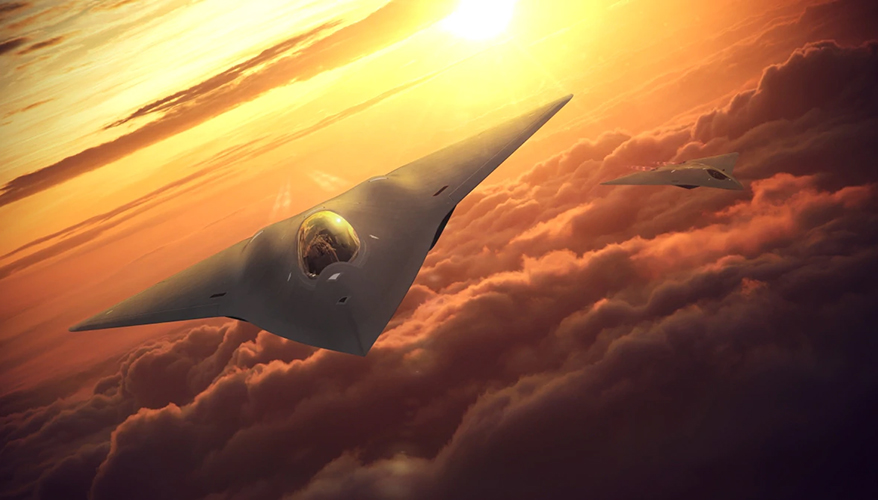 The Air Force will work with industry to determine how to scale its new secretive combat drone programs, the head of the service said Jan. 19.

Air Force Secretary Frank Kendall revealed plans in December for two unmanned aircraft programs that could complement the service’s Next-Generation Air Dominance effort, also known as NGAD. The initiatives — which include concepts for partnering multiple drones with a crewed aircraft such as an NGAD platform or an F-35 joint strike fighter — will seek input from contractors, he said.

“There's a question of how much [platform teaming there should be], at what scale and to what extent — that we're gonna have to work on, but I want to move forward on this in a way which gets us to real operational capability,” he said at an event hosted by the Center for a New American Security.

“We're gonna bring people in — this is going to be largely a special access program level — and we're going to figure out how to do this as effectively as possible,” he added.

The NGAD program is expected to yield a family of systems — to potentially include a sixth-generation fighter jet and drones — that are intended to give the U.S. military an edge against advanced adversaries such as China and Russia.

While Kendall declined to provide more details about the programs publicly, he noted the concept of teaming manned and unmanned platforms is not new. The Defense Department and U.S. allies have done enough experimentation that Kendall said he is confident the programs will succeed.

“There's enough technology or existence from programs that we've already conducted that convinces me that's not a crazy idea, that it's something we can achieve,” he said.

It is imperative for the drones to be cheaper than manned aircraft in order to expand the Air Force’s tactical options, he noted.

“If we only do very expensive aircraft for the Air Force, we're not going to be able to forward at ... anywhere near the size that we either need or have today,” he said.

The new platforms should also be “attritible if not expendable,” he added

“That opens up a whole range of tactics that we currently would not contemplate because we'd be sacrificing manned aircraft and we're not going to do that,” he said.

Kendall told Politico in December that he wanted to get the new combat drone programs into the fiscal year 2023 budget. President Joe Biden is expected to submit his budget request to Congress in the coming months.

Re: Air Force Looking at How to Scale New Combat Drone Programs

The future is in using fighter aircraft that do not have onboard pilots and denying that only sets back t the USAF. The biggest advantage the US has over its adversaries is technology and manned fighter aircraft will someday be in the rear view mirror. I have yet to see a public discussion on using armed swarming drones as a deterrent against the Russian Army invading Ukraine. They are virtually impossible to shoot down and would be a defensive deterrent for Russia sending ground troops into Ukraine without direct US involvement.