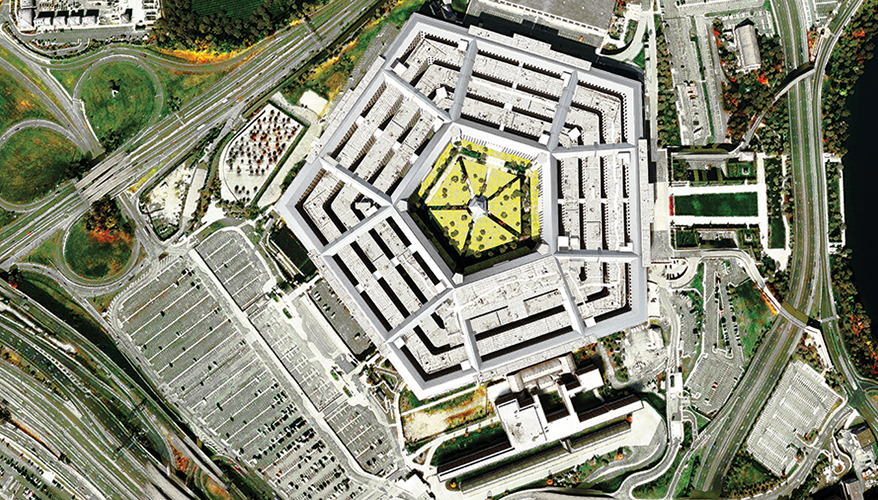 Since the Cold War ended, several factors have converged presenting the perfect storm of national security challenges for the Defense Department and the United States writ large.

A series of decisions — or lack of decisions — resulted in delayed defense modernization programs. Near-peer competitors, such as China and Russia, are dramatically increasing their capability while the U.S. faces an erosion of domestic industrial capacity in critical sectors. And the Pentagon now is under significant budget pressure as it maintains legacy systems and capabilities, while responding to the needs and expectations of executive branch leadership, Congress and the American people. This is the modernization quandary.

Earlier this summer, the Emerging Technologies Institute (ETI) hosted the first workshop in an ongoing series focused on accelerating the delivery of emerging technologies into the hands of American warfighters. ETI published a report with the key findings to continue the conversation. The report centered on prioritizing the technologies to maximize capability for cost, examining process changes to improve delivery, and reducing legislative barriers to fielding the technologies.

Given current budget constraints, it will take a concerted effort — with Congress, industry and academia — to streamline processes and increase the tolerance for risk in technology development. Updating acquisition processes and leveraging existing authorities for flexibility and transparency will be necessary, as will strengthened communication between Congress and the Defense Department.

Another key takeaway is that acquisition and budget processes are antiquated and must be overhauled to allow for increased flexibility and transparency. Nearly six decades old, the department’s current Planning, Programming, Budgeting and Execution process lacks the flexibility to respond to real-time shifts without the entanglement of burdensome bureaucracy.

A margin of failure should also be built into the budget of new programs. Since current budgets are static and allocated months or years in advance, failure is typically seen as a waste of time and money. While this statement may be true for destructive failure, many notable and successful programs have failed — constructively — numerous times before achieving success. The department must be less risk-averse, and, in turn, Congress must be willing to allocate budget margins in programs to account for failure.

Security, especially as it relates to data and intellectual property, is another key theme in the report. With security concerns throughout the supply chains, the Pentagon must implement zero-trust principles across all technology areas. Zero-trust is a concept formulated initially for cybersecurity, where no user or data on a network is granted access beyond its direct scope, and where everything is verified. While challenging to implement and resource-intensive, national security depends on it.

The report notes the critical role that academic institutions play in emerging technologies. However, classification barriers often inhibit academia from contributing more. The department, and the U.S. government writ large, should expand the limits of data that can be released to academic institutions to the maximum extent possible, without compromising security.

From the congressional perspective, the report emphasizes how the Defense Department must communicate more effectively with Congress, especially on limiting or ending non-vital programs. While most lawmakers support defense technology modernization, recommendations to cut legacy systems to fund new capabilities are often a politically tough pill to swallow.

Though ideally an apolitical organization, the Defense Department should not ignore the economic and political impacts as it explains the benefits of modernization to members of Congress and their staff. At the same time, the Pentagon and lawmakers must improve communication with the defense industrial base on emerging technologies. This means clearly and consistently explaining which technologies are the priority. In turn, this will spur private investment in the military’s top priorities, thus supporting national security and providing viable investment opportunities for industry.

Finally, Congress and the department must clearly articulate the threat that near-peer competitors, such as China, pose to American national security. Historically, large investments in military modernization have occurred in response to existential crises. Since a crisis has not yet defined the Chinese threat, the American public broadly — and its representatives — do not necessarily share a thorough commitment to the U.S.-China competition. Without a shared sense of urgency, there is no appetite to increase defense spending to the levels required for rapid defense modernization.

Perhaps the most important point, however, is the need for cultural change. The Defense Department must change the way it approaches trust, the way data and intellectual property are handled, and the way it communicates with Congress. As the report makes clear, the military is at an inflection point. Making the right policy changes and investments now can ensure American supremacy for years to come. The wrong policies and investments risk ceding global leadership.