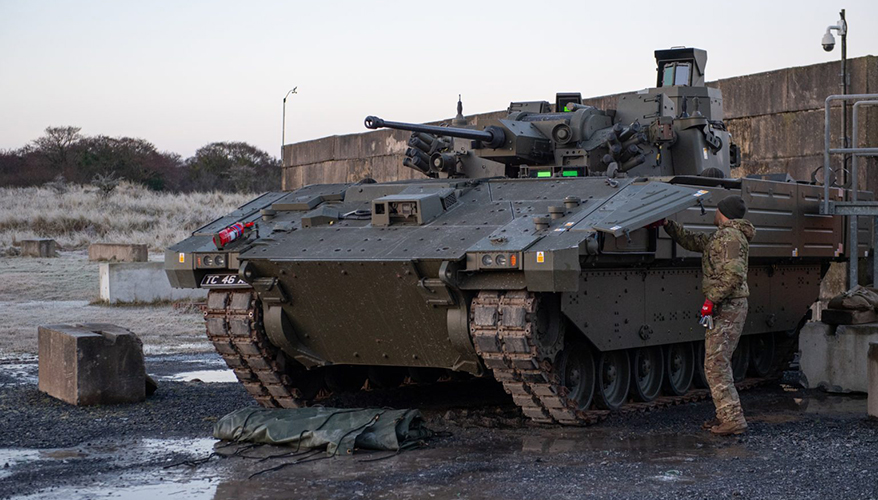 Although the Ajax —the first major vehicle the service has acquired in years — has faced challenges, it is not at risk of being axed, said British Army Gen. Sir Mark Carleton-Smith.

After reports that the platform's excessive noise and vibration injured some operators, construction was halted on the system last fall. The trials have restarted in Millbrook Proving Ground in Bedford, he said at the Defence and Security Equipment International conference in London.

When asked about the risk of cancellation, Carleton-Smith said he felt there was a plan in place to restore the program’s potential.

“I'm reassured that our trials have now restarted at Milbrook, that both General Dynamics, the department and the Army recognize the importance of the capability and that we've now got a definitive program to get it back on track,” he said.

The British Minister for Defence Procurement, Jeremy Quin, said earlier this summer that the Army wasn’t “100 percent” sure the issues with the vehicle could be resolved.

The platform's “world-beating” capabilities — one of which is that it will be the world’s first fully digitized land maneuver vehicle — come with a “number of complexities," he said.

“In many respects, it's probably not surprising that the program is proving bumpy,” he said.

Carleton-Smith listed the Ajax among two other platforms the Army is developing that are modernizing the service — the Challenger 3 and Boxer tanks.

The advanced modernization of technology is preparing the service for the digital age, he added.

“We recognize that we've got to get Ajax right,” he said, calling it a "game changer" for the Army's maneuver capability.

He added that fielding these platforms demonstrated the need for better collaboration and partnership with industry.

The British Army awarded General Dynamics a $7.5 billion for 589 tanks in 2014 with full delivery expected in 2025, according to the manufacturer. The program has been plagued by complications, including operating issues.

Carleton-Smith added that the Army has not been able to be more transparent about the issues with the program because it is “subject to a sensitive contractual form.” But he noted that there is an “active and vigorous debate” about the project among the Ministry of Defense and General Dynamics.

“That one won't necessarily play out in the public domain,” he said.