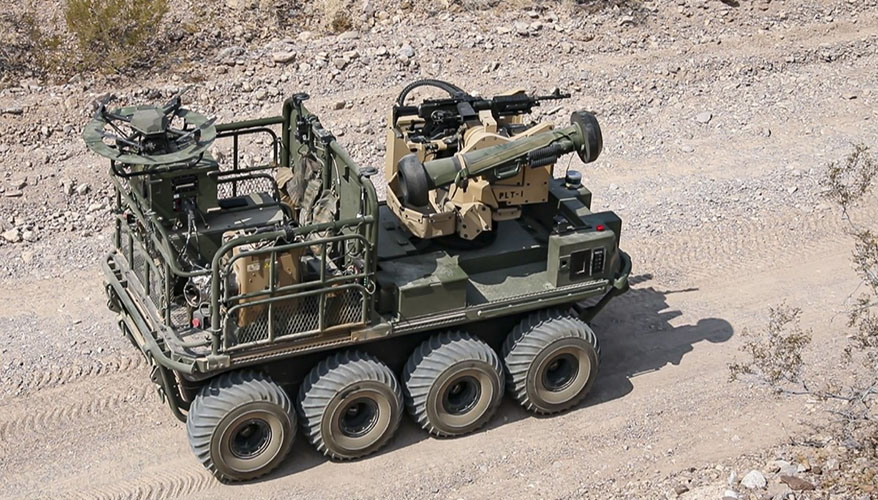 LONDON – The  U.S. Army is collaborating with the United Kingdom as it modernizes its force, said a service official Sept. 14.

“The United States Army has not [been] modernizing in isolation,” he said at the Defence and Security Equipment International conference in London. “The United States Army is sharing our thinking on these problems with our friends and allies around the world, not the least of which is that ever-growing special relationship with the U.K.”

Peterson pointed to the U.K. armed forces' involvement in Project Convergence, a U.S. Army-led campaign of learning which is focused on artificial intelligence, robotics, autonomy and communications. Britain and Australia are observing the exercise this year, but will fully participate in next year’s event, Peterson said. The U.S. Army requested $106.8 million in fiscal year 2022 for Project Convergence, according to budget documents.

Peterson highlighted the Army’s development of autonomy and robotic capabilities across the equipment portfolio. The service hopes to “lead with machines” where possible, especially if doing so keeps troops out of harm’s way.

“As long as a robot has the energy to do what it needs to do, it can stay alert and on duty indefinitely. It does not require a comfort break, sleep, nor a sense of purpose,” he noted.

The Army is also developing directed energy weapons, including the mobile short-range air defense, or M-SHORAD, system that utilizes a 50 kilowatt class laser.

“We need air-and-missile defense capabilities that can defeat the full range of air and missile threats,” he said.

The threat from near-peer competitors Russia and China is growing and can only be faced when the United States and allies have more advanced capabilities, he added.