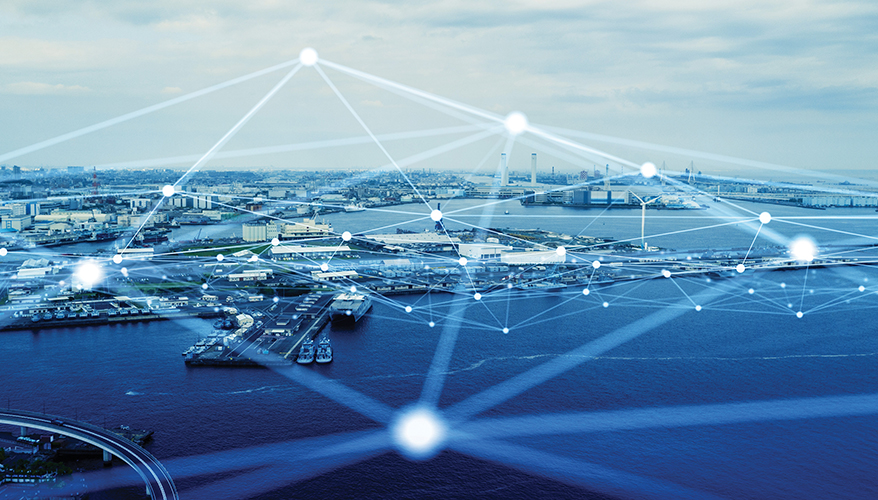 The Navy is making headway in its secretive Project Overmatch, which is expected to be a key contributor to the military’s plans for joint all-domain command and control, or JADC2.

The sea service has stood up a new office specifically designed to tackle the challenge. Compared to the Air Force and Army, which are working on their own JADC2 efforts, the Navy has been relatively mum on details about its initiative. However, some information has been disclosed.

Project Overmatch “is a seamless network that will leverage demonstrated progress in command-and-control in all domains and facilitate the manned-unmanned teaming of the future that would be required for future warfare,” said Frederick Stefany, acting assistant secretary of the Navy for research, development and acquisition.

“Those values do increase,” he said in May during a briefing with reporters. “Project Overmatch is the priority right behind Columbia [submarines]. … It competes quite well for funds. I wouldn’t say it’s resource-limited at all.”

The Navy has said the Columbia-class ballistic missile submarine program — which is replacing its aging Ohio-class boomers — is its No. 1 priority, but Project Overmatch is high on the list at No. 2, according to Gumbleton.

According to budget documents, the Navy is increasing investments in the lethality of legacy platforms — through both system modernization and new capabilities — that will support Project Overmatch’s goal of creating a seamless network of sensors, manned and unmanned platforms and weapons for decision advantage.

The Navy asked for a small boost in its overall information warfare program portfolio — which will help support these efforts — in the budget proposal, going from $5.62 billion in fiscal year 2021 to $5.87 billion in 2022, according to service documents.

Project Overmatch was stood up by Chief of Naval Operations Adm. Michael Gilday in October 2020. Earlier this year, he visited with leaders and engineering experts at Naval Information Warfare Systems Command, or NAVWAR, in San Diego to discuss the initiative’s progress.

“As we adapt to an increasingly complex security environment, it is imperative that the Navy develop a warfighting network of networks to support a future fleet of manned and unmanned vessels,” Gilday said in a statement.

“Information has become the cornerstone of how we operate, and we need to be able to decide and act faster than anyone else,” he added. “Simply put, Project Overmatch will provide us a decision advantage over our adversaries and help us deliver a more lethal and better-connected fleet far into the future. This is a top priority — we must deliver it.”

While the Navy only kicked off its JADC2 program last fall, it already has experience connecting its platforms, said James Geurts, who is performing the duties of the undersecretary of the Navy.

“The Navy has had to solve some of this already,” he said during remarks at the McAleese and Associates annual defense program conference in May. “We’ve had integrated fires — you can’t survive in the Pacific without some form of integrated fires.”

Additionally, the sea service has already connected data links aboard ships and aircraft, he noted.

To better get its hands around Project Overmatch, the service has tasked NAVWAR Commander Rear Adm. Doug Small to be personally accountable for delivering on JADC2, Geurts said.

The service has given him the authority to “look at all the different things we’re doing both in current operations with current equipment, and in future activities to get those aligned,” Geurts said. “We may execute those in a distributed manner, but it’s going to be under the authority and guidance of” Small.

Speaking during an event hosted by the Center for Strategic and International Studies in May, Small said Project Overmatch is delivering on what officials call the naval operational architecture. The architecture is a framework for how various components are “stitched together” to provide enhanced distributed maritime operations. The approach includes using network tools and analytics, he said.

Small noted that Project Overmatch is a large undertaking.

“If you’re trying to think about the totality of what we’re trying to enable, … [it] could be unwieldy and you may sort of wrack your brains thinking about how to get after it,” he said. “But I look at it from the standpoint of, ‘How do you tackle any large effort?’ You take it in chunks. This is eating the elephant a bite at a time.”

The service is trying to take advantage of basic concepts such as agile development as it pursues the effort, he said.

As the Navy considers what the “end state” of Project Overmatch will be, there are certain parts of the architecture that will be put in place very quickly, Small noted. For example, equipping ships and submarines with cloud computing platforms.

However, connecting networks with AI and machine learning-enabled tools is “going to continue to evolve for as long as we have a Navy,” he said. “What we have to do is set up that connective tissue … to be able to plug those in as they become available, and then continue to test, refine [and] work on new concepts of operations.”

NAVWAR recently announced a series of prize challenges in support of Project Overmatch. The first will explore new networking technologies to “advance the reach, capacity and resiliency of the maritime tactical network of networks,” according to the Navy. Participants will demonstrate their solutions in a simulation-based environment. The first-place entry will win $75,000 and the runner-up will be awarded $25,000.

A second challenge will focus on artificial intelligence systems and also include $100,000 in prizes, according to the service.

Vice Adm. Jeffrey Trussler, deputy chief of naval operations for information warfare and director of naval intelligence, noted that historically, interoperability hasn’t always been the first thought as the service has built new ships and aircraft.

“As we looked at this emerging world of strategic competition … all the services have recognized we need to be more interoperable, and eventually seamlessly integrated,” he said during a panel discussion at the West 2021 Conference, which was hosted by AFCEA International and the U.S. Naval Institute in June.

Some programs the Navy has already been working on for the last several years — such as its integrated fire control system — are steps toward JADc2, Trussler said.

Under Small’s leadership, the service has been working to cut red tape and put together a plan to make the Navy more interoperable and capable, Trussler said.

“Just in a few short months, … [Small] has put together a tremendous plan that’s going to take us from here and immediately [enable] a prompt jump up … within just a couple of years,” he said. The service will be “a lot more interoperable with the systems and equipment we have with just small tweaks in his authority and ability to reach across all [program executive office] and program lines.”

However, the service still needs to do more work expanding Project Overmatch’s reach to the other sea services — the Marine Corps and Coast Guard, he noted. “We’re going to start doing that. We’ve talked about it at the flag level and the working level.”

“It’s about enabling those tactical kill chains,” she said in June during a webcast hosted by C4ISRNET. “Folks used to think that there is no interdependency between the enterprise and the tactical edge. … [However], there is an inextricable link to getting a cueing from national satellites and intel data, which informs the decision or a fires mission.”

The Marine Corps is well positioned to collaborate with the Army, Air Force and Navy on JADC2 because of its unique joint operational requirements, Mahlock said.

“As we build capability, they have to be inherently joint,” Mahlock said. “That’s why there’s a lot of good work in our partnering across the department and the Joint Staff … on the JADC2 front.”

Mahlock noted that she is seeing a great deal of collaboration between the services when it comes to joint all-domain command and control.

“We understand the imperative, we understand that threat and across the department we’re joined up,” she said. “There’s a lot of partnering that I have never frankly seen before.”

Meanwhile, work is accelerating on JADC2 efforts in the Office of the Secretary of Defense. For example, in a major move, Secretary Lloyd Austin III recently signed the Pentagon’s classified joint all-domain command and control strategy.

The next step will be determining what the implementation plan for the strategy is, said Marine Corps Lt. Gen. Dennis Crall, director of command, control, communications and computers/cyber and chief information officer for the Joint Staff, J6.

“It’s a rather complex challenge to get started,” he said during an online event hosted by Defense One in June. “Who does what, where, when? Budgets are in different places in the services, and we’re going to need the services to take leads in areas where their efforts align quite nicely with that of JADC2, to where they already have some of those financial resources put in place.”

Trussler noted that Project Overmatch “is well aligned with” the JADC2 strategy. As a Navy team, “we’re completely and totally integrated and ready to move out on that.”

As of press time, the Navy had not provided responses to a list of questions submitted by National Defense about the project.