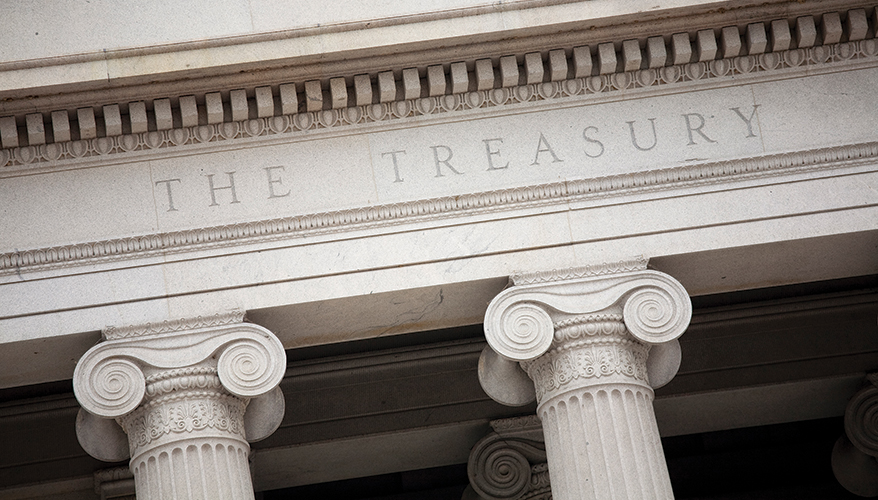 Projected long-term fiscal trends could spell trouble for the military and defense contractors, a leading analyst is warning.

In late May, the White House Office of Management and Budget released new federal spending projections.

“OMB’s 2022-2031 funding projections are the very first integrated picture of combined impact” of the Biden administration’s American Jobs Plan, American Families Plan and other increases in domestic programs, Jim McAleese, owner and principal of McAleese & Associates, wrote in a newsletter.

The Biden administration is targeting about 2 percent average annual real growth in GDP after accounting for 2.3 percent in projected annual inflation, he noted.

Federal outlays are projected to increase from $4.9 trillion pre-pandemic to $7.9 trillion in 2031, he added.

“OMB does acknowledge that annual interest on the existing $30.2 trillion of current U.S. debt will grow by 191 percent” from $303 billion in 2021 to $883 billion in 2031, McAleese said. Interest on the debt in 2031 would exceed projected defense spending for that year by about $20 billion.

By the end of that time period, total U.S. debt will grow by an additional 50 percent to $44.9 trillion, he said.

“Any structural-impediment of [the government’s] ability to grow total U.S. debt by an additional 50 percent … will likely cause sharp ‘zero-sum’ cutting of lower-priority discretionary spending,” McAleese said. “This has growing-risk of ‘crowding-out’ DoD funding, possibly starting as early as 2024-2025,” he added, warning of a “severe storm approaching” on the fiscal front.

Concerns about the debt could lead to another round of budget caps as they did during the Great Recession, he noted.

While the guns vs butter debate includes the point about the parity spent on national security, a real comparison should also include state, local, and tribal spending (net of Federal funds) that is also spent on guns vs butter and look at parity from that perspective. I had an uncle who was high in a state's education bureaucracy, and during the 1980s, told me that more was spent on education than on national defense when one takes into account spending by state and local governments, public and private schools, private entities and families. No reason to think this situation has changed the relative spending over the past forty years. I do track spending at the Federal level, but I would love visibility by state and local governments to show how much is really spent when discussing parity.