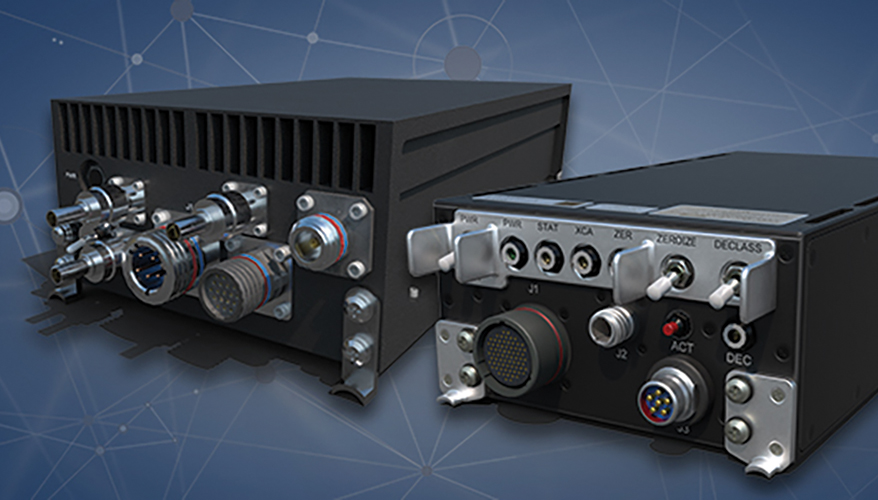 A Virginia-based defense contractor will provide a smaller, faster radio system with upgraded capabilities to the U.S. military in the next four years.

Leonardo DRS revealed its new technology, the next-generation joint tactical terminal, in June. The system is 60 percent lighter and smaller than the legacy terminal it produced for the joint force in recent years, according to company officials.

The integrated broadcast service transceiver provides near real-time battlespace awareness of millions of threat and survivor tracking reports daily and will be used for planning and executing missions.

Production orders will start in July 2022 and continue through 2027. The Army awarded Leonardo DRS $250 million for the effort.

John Trube, Leonardo DRS business development lead, touted the system, noting that he personally used a legacy version of the system while flying as a member of Air Force Special Operations Command.

“It was invaluable in terms of situational awareness that it provided,” he said in an interview.

“A smaller, better, faster capability … allows the dissemination of IBS intelligence to the force that keeps everybody on the same page, and in my mind, will dramatically increase mission effectiveness by increasing situational awareness,” Trube said.

The upgraded terminal’s modularity offers users a choice between different configurations depending on their needs, he added.

“Anything that frees up the space inside of a combat vehicle is going to be appreciated by the soldiers,” he said.

Paul Niedermier, Leonardo’s program manager for the joint tactical terminal next-generation program, added that modularity for the terminal could cut down on maintenance. Warfighters wouldn’t have to be trained on configurations unnecessary for their missions, and there would be fewer parts to replace.

“Because we use the same base transceiver unit between all three configurations, it’s going to lower the sustainment cost,” he said.
Additionally, the terminal was built with ruggedness in mind. The module the terminal is built around has a seven-year battery life, and the batteries can be replaced in the field, Niedermier said. It can also withstand extreme hot and cold temperatures.