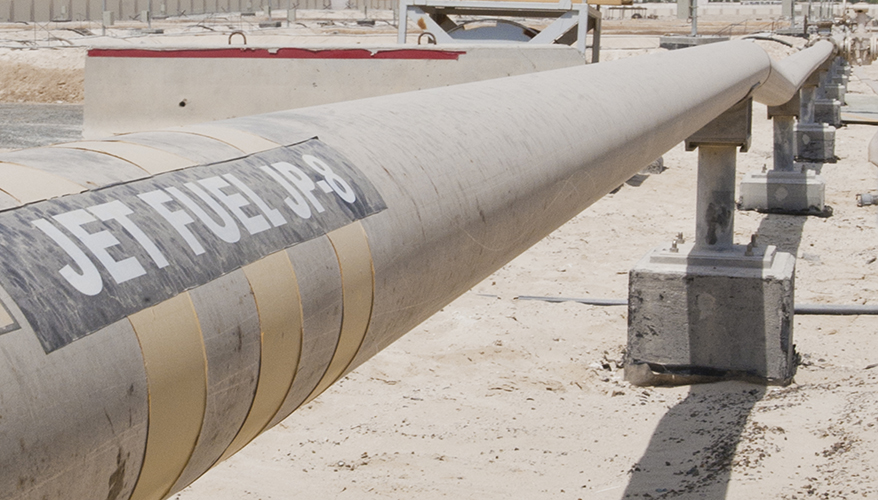 Battlefields of the future will require the Army to invest in a mix of energy sources, including jet propellant 8 (JP-8), diesel and renewable diesel, but all-electric vehicles are not yet practical — at least through 2035, according to a study undertaken by the National Academies of Sciences, Engineering and Medicine.

The study — which was sponsored by the deputy assistant secretary of the Army for research and technology — tasked the Academies’ Committee on Powering the U.S. Army of the Future to analyze the energy needs of dismounted soldiers, manned and unmanned vehicles and forward operating bases on future multi-domain battlefields.

While the Army prefers to use a single fuel across its vehicles, generators and turbine-powered aircraft, diversifying its fuel options would be beneficial, said the report, which was titled “Powering the U.S. Army of the Future.”

“JP-8, diesel and biodiesel will be the primary source of battlefield energy and power for the foreseeable future,” said John Luginsland, the committee’s co-chair and senior scientist and principal investigator at Confluent Sciences. “The combination of energy density and power is unmatched.”

However, the right mix would depend on whether it was war or peace time, the report noted.

Diesel is a very reasonable choice for powering military vehicles and could be preferred over JP-8 in selected climates during wartime conditions,” the report said. “It is readily abundant in many locations, which in certain situations would enable local resupply."

Diesel has a 9 percent higher volumetric energy density than JP-8, making it possible to reduce the number of supply trucks dedicated to fuel by an equivalent amount.”

During peacetime operations, biodiesel may be preferred to address environmental concerns associated with the continued use of fossil fuels, it added.

However, the report noted that the use of multiple fuels could present logistical challenges given the Army’s long-standing policy on using a single fuel type.

“Therefore, the advantages of using multiple fuels … need to be balanced against the logistic complexity challenges associated with their distribution,” the report said. “If such logistics proves to be excessively challenging in certain situations, then JP-8 use remains the preferred method of transported energy to the battlefield, to remain compatible with aircraft needs.”

Meanwhile, despite the Army showing interest in electric vehicles, the report noted that all-electric ground combat platforms and tactical supply vehicles are not practical for the majority of battlefield vehicles now or in the foreseeable future.

First, the energy density of batteries today is roughly two orders of magnitude less than JP-8, the report said. That results in excessive package weight and volume to meet maneuver needs.

“Advances in battery energy density will undoubtedly take place, but not enough to offset that magnitude of a disadvantage,” the report noted.

Additionally, recharging all-electric vehicles in a short period of time would require massive quantities of electric power that are not available on the battlefield and is not feasible, the report said.

“We believe that electrification of ground vehicles is highly desirable,” Luginsland said June 9 during a webinar discussing the release of the report. “There are all kinds of advantages in terms of torque ... as well as fuel efficiency. However, … we have concluded that that it should be hybrid-electric vehicles with internal combustion engines, not all battery electric vehicles.”

Additionally, while nuclear power offers strong energy density, a mobile nuclear-based power source would also not be feasible, he said.

“Mobile nuclear power plants charging all-electric battery combat vehicles will not be ready in 2035,” he said.

According to the report, the “latest design proposals indicate that such a device would weigh 40 tons, require delivery of two 20-foot ISO containers to the battlefield, and have set-up and cool down times of three days and two days, respectively.”

Those constraints would not be consistent with the multi-domain operations strategy of deploying and operating mobile forward operating bases, it added.

“Wargaming should include power and energy logistics,” he said. “You could use wargames to figure out how many … [power plants] you would need, what limits that might place on the forward mobility on the battlefield.”

Committee members also recommended the Army further invest in science and technology efforts for new battery technology.  “New battery chemistries are changing every day and advancing every day,” Luginsland said. “This is an incredibly important area for increasing energy storage and power delivery.”