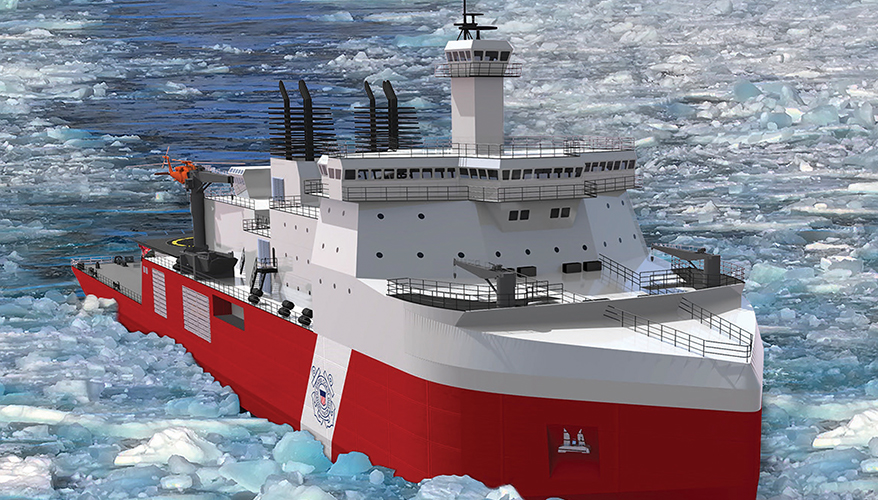 The Coast Guard is in talks with the Biden administration about adding additional heavy icebreakers to its Polar Security Cutter program, the head of the sea service said June 28.

The current program of record is to build three new vessels. Congress has already provided funding for the first two. President Joe Biden’s fiscal year 2022 budget request asks for an additional $170 million in procurement funding for the program, including for long-lead time materials for a third vessel.

“I am encouraged that after a decade-plus of talking about the need for new ships, we've got funding for the first two, on track for the third, and having conversations about additional ships,” he added. “That's a much better place for our nation to be in. But it takes time to build those ships, and it takes money.”

Schultz reiterated his call for 3 to 5 percent annual growth in Coast Guard funding to help with modernization and other service needs.

Currently, the Coast Guard only has one operational heavy icebreaker in its inventory, the aging Polar Star, that is capable of operating in the Arctic region — an area of growing strategic importance as the United States competes with Russia.

“Presence equals influence in the Arctic. And right now ... we're woefully lacking as a nation in terms of our capacity,” Schultz said.

In 2019, VT Halter Marine was awarded a $745.9 million fixed-price, incentive-firm contract for the detail design and construction of the first Polar Security Cutter, which is scheduled to start construction this year in Pascagoula, Mississippi, and be delivered in 2024.

The company is expected to begin “cutting steel” in the coming months, Schultz said.

“We have not built a heavy icebreaker in this nation ... for a good part of a half a century,” he said. “But we're guardedly encouraged that the Polar Security [Cutter] program is moving ahead on pace.”

Re: Coast Guard in Talks to Add Ships to Heavy Icebreaker Program

Why does the US Coast Guard give these new ships such "fancy" names and "Security" term when they are armed with a single Mk 38 25mm autocannon and some heavy machine guns? What "security" is there with just a few guns that can't sink anything larger than a fishing boat?

Granted, they're not warships, but the Russians and Chinese can add Anti-ship cruise missiles and other guided weapons and armored vehicles with guns, rockets, and missiles when the US hasn't and never tried to.

One would assume that US Navy warships will follow the icebreakers onto the Arctic in the event of a crisis or hostilities, but still, having under-armed icebreakers with no hope of up-arming them with guided weapons seems so 1970s and 1980s mentality in a peer nation challenge conflict.

This could turn into the Predator vs. Reaper drone situation in the future. The Predator with ISR can't do anything about offensive action with its ISR because it's so (relatively) unarmed (some with just two Hellfires or none at all). The heavily armed Reaper drone with ISR can take Direct Action and Reaper is so effective that the Predator drone is phasing out. Of course one has to weigh the political and military ramifications of armaments in the Arctic, but a "Show of Force" requires more than just a few guns sometimes.

Krashnovians at 6:48 PM
Re: Coast Guard in Talks to Add Ships to Heavy Icebreaker Program

Loishodne at 2:05 PM
Re: Coast Guard in Talks to Add Ships to Heavy Icebreaker Program

STEPFAN PETERSON at 12:30 PM
Re: Coast Guard in Talks to Add Ships to Heavy Icebreaker Program