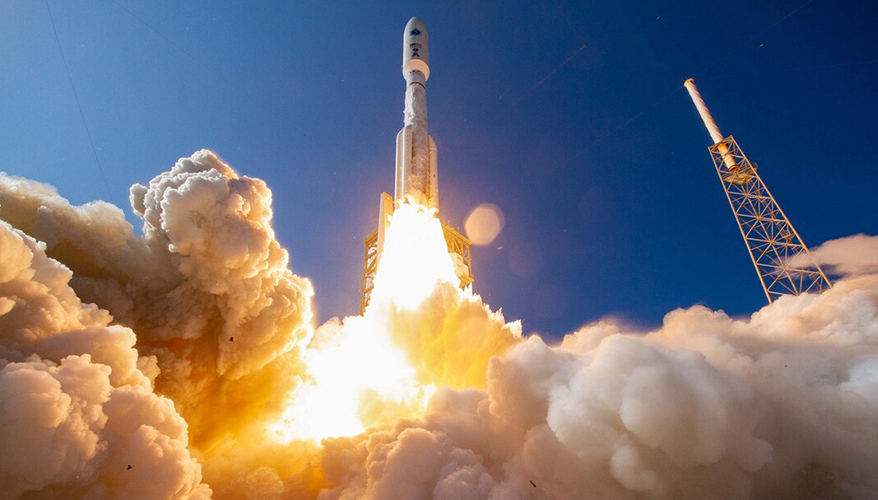 Proposed funding for the Space Force, which remains under the Department of the Air Force, is $17.4 billion in the request sent to Congress on May 28. Some of that total includes the transfer of funds from the Departments of the Army, Navy and Air Force and comes to a 13.1 percent increase over fiscal year 2021.

Another $800 million of the increase came from classified accounts, he added.

The $2.8 billion figure for procurement is significantly smaller than the $11.3 billion being requested for research, development, test and evaluation.

The RDT&E account would help fund the development of spacecraft and technologies that are more resistant to attack, budget documents stated.

The Space Force’s “top priority’ is to develop a joint all-domain command and control (JADC2) concept that will aid the other services' plans to integrate their sensors and shooters.

“We have made considerable gains this year … helping lead the advanced battle management system,” which is the Air Force’s version of JADC2, the budget documents said.

“Legacy space command-and-control capabilities are insufficient for us to prevail in future conflict,” the documents said.

As far as research and development for new spacecraft, the service is proposing $89 million to start development of the Evolved Strategic SATCOM system to replace the Advanced Extremely High Frequency communication satellite. Overall, protected satcom R&D increases to $243 million over the $200 million enacted in 2021.

The Space Force is also partnering with the Missile Defense Agency, National Reconnaissance Office and the Space Development Agency to develop the Next-Generation Overhead Persistent Infrared program to replace the current Space Based Infrared System (SBIRS) along with a ground control system to go with it called the Future Operationally Resilient Ground Evolution.

Peccia said the funding will provide for an initial launch capability for the first polar satellite in 2028. “This creates a resilient constellation — when combined with the geosynchronous satellites and associated ground system — to increase missile warning, missile defense battlespace awareness, and technical intelligence,” he added.

The request includes funding to contract for five national security launches, two more than the three enacted in 2021. NRO spy satellite launches are included in that total. SpaceX and United Launch Alliance are the nation’s two launch providers.

As for GPS, the budget request holds steady at procuring two more GPS III spacecraft, the same number as 2021. It also boosts R&D dollars to continue developing military GPS user equipment, the chips and terminals needed to link to the systems, from $381 million to $434 million.

An additional $14 million is included to upgrade legacy ground-based optical and radar systems.