JUST IN: For Air Force Chief of Staff, 2035 Looms Large 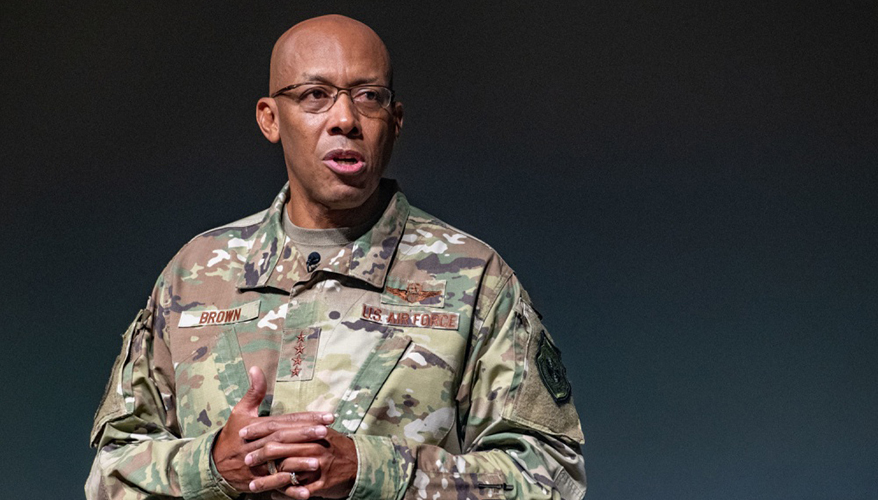 Air Force Chief of Staff Gen. Charles "CQ" Brown said ideas about what the world may look like in the year 2035 are informing the service on its proposed budget for 2022.

Speaking days before the Biden administration releases its fiscal year 2022 budget proposal, Brown said the Air Force has been hard at work conducting analyses and wargames to attempt to predict what its requirements will be more than a decade from now.

“I'm … really starting to transition to 2035 and that transition starts today. And I think you will see some of that in this particular budget as we go forward,” he said May 25 at a Center for a New American Security talk.

“If I were [to] subject the capabilities we have today to the future, I have my doubts that we would be effective, which is why the analyses take a look at [the] 2035 timeframe and looks backwards,” he said.

Brown did not provide any specific numbers of aircraft that might appear in the budget proposal, which is due to be released May 28. He did, however, run through the list of fighters that would be taking the service through the next 12 years. The Air Force is currently conducting a tactical-air study to determine the right mix and numbers of fighters.

“I don't know exactly what that exact mix is going to be, which is why I want to do the study. I want to make sure we have options that we've actually taken a look at,” Brown said. As factors change, the Air Force will have a better understanding of what its options are, he added.

As for fighters, the F-35A is the Air Force’s cornerstone, Brown said. The F-15E will transition to the new F-15EX. A new fighter, or system, known as next-generation air dominance, will replace the F-22. Then there is the F-16, which has some service life left in it, he noted.

“Beyond that, there will be something to replace the F-16,” he said.

Brown called the fighters the “four-plus” aircraft, the “plus” being the A-10 close-air support platform, which has served the Air Force well over the past 20 years during the global war on terror and will be getting some upgrades, he said.

“We will actually do some modernization on the A-10, and that service-life [extension] will take us into the next decade,” Brown said.

The Air Force uses intelligence to determine where its potential adversaries are going with their air forces and feeds that information into its analyses, he said.

His three main areas of focus are “the assurance of air superiority,” global strike and agile mobility. Tied to that are the Air Force’s command-and-control assets, he added.

“Those are the three key areas that I'm focused on, and how we take where we are today, and think about where we need to be in the future,” he said.

Another factor informing the Air Force of its future requirements is the joint warfighting concept, which all of the services are participating in developing. The effort is exposing gaps and seams between the services and unfilled requirements for the joint force, he said.

Some questions being asked are: “What are we not doing that we should be doing that's going to leave a gap? And where do we have an overage in capability as we go forward?” Brown said.

“In some cases, you want to have some overlap. You want to have options as we go forward as well,” he said. “At the same time, we've got to make some hard decisions as a department to ensure we have the capabilities required in the 2030-2035 timeframe."