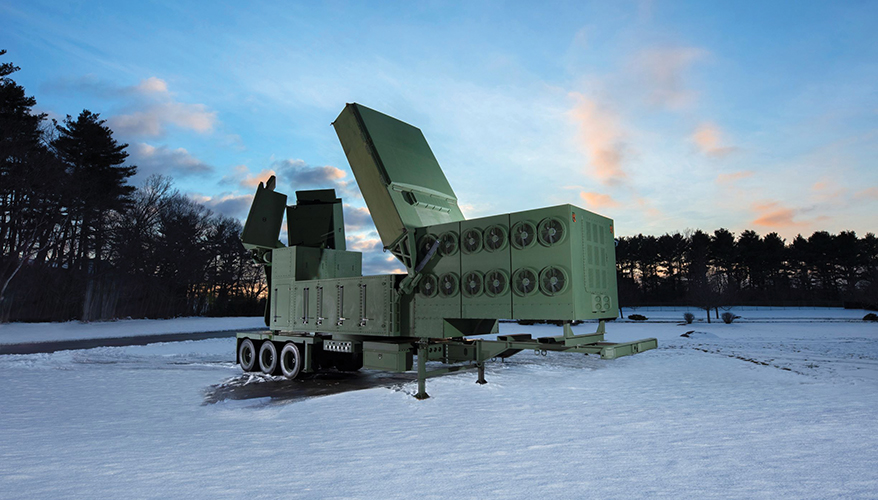 As the Army works toward modernizing its air-and-missile defense capabilities, the service is expanding efforts to develop joint systems that will be key to winning future battles.

The technology is one of the top modernization priorities being spearheaded by Army Futures Command. As part of its effort to bolster its capability, the service is combining offices and testing technologies with the other armed services to converge and streamline the process of building and integrating new platforms.

“Our PEO over this past year has gone through a complete realignment of our products and our project offices in order to posture us to support this notion of convergence,” he said during the Association of the United States Army’s Global Force Next conference in March.

These efforts began in late 2019 when officials examined the organization and considered areas where they were lacking.

“We have converged from eight separate project offices down to six, and we’ve converged commodities that support air-and-missile defense, like sensors, shooters and command-and-control, all into separate single project offices where we can reutilize the synergy of those teams,” Rasch said.

The organization’s previous construct did not allow the Army to quickly adapt or meet the pace necessary for new efforts. The new structure allows the office to break away from the antiquated systems of the past, he said.

“In many cases, from a convergence perspective, or an integrated fire’s perspective, that could involve multiple project offices,” he noted.

The integrated fires office now acts as a sort of umbrella for the other organizations.

The most recent effort to go through the newly realigned organization is the Lower Tier Air and Missile Defense Sensor.

The radar system, also known as LTAMDS, is designed to defeat advanced and next-generation threats including hypersonic weapons.

By layering the new integrated fires office over the top of the others, the service was able to move at a quicker pace without having to lose time, Rasch said.

“Over the last four to five months, as we’ve been working through our new organizational structure and the new processes, we have achieved a fidelity of planning and architectural study that we would have never had prior to this point in time,” he said.

Meanwhile, over the past year and a half the Army has reached a number of milestones for the portfolio, said Brig. Gen. Brian Gibson, director of the air-and-missile defense cross-functional team at Army Futures Command.

The service successfully executed its limited user test for the Integrated Air and Missile Defense, or IAMD, system and the Office of the

The platform integrates current and future sensors and weapons into a common integrated fire control capability with a distributed network architecture, according to the Army. The IAMD Battle Command System, or IBCS, is the fire control and operational center capability for the platform.

To achieve Milestone C, Northrop Grumman, the prime contractor for the program, worked in partnership with the Army’s Integrated Fires Mission Command Program Office on the system engineering, design, development and testing of IBCS’ hardware and software, the company said in a press release.

“That allows us to create joint windows of opportunity, not only for the Army, but for the Joint Force to converge fires,” he said. “Initially that’s on the defensive side of our equation,” but in the future, the system could offer offensive capabilities as well, he noted.

The Army will be moving forward this year with the Defense Department-led initial test and evaluation for the IAMD effort. Testing will begin later this year, Gibson said.

Following successful tests, the capability will be fielded to the Army’s first air-and-missile defense battalion soon after, he noted.

The team’s second priority is the Initial Maneuver Short-Range Air Defense, or IM-SHORAD. Over the past year, the service has been testing the capability and training soldiers to use it. The service recently procured its initial tranche of IM-SHORAD capabilities that will be fielded by a battalion.

The team’s next priority is the Indirect Fire Protection Capability, which will be used to defeat rockets, artillery, cruise missiles and drones.

The Army currently has “soldiers today out in the sands of the Southwest U.S. training, testing ... and preparing to, if required, deploy this capability later this year,” Gibson said. “That is allowing us to learn, not only about that capability of the weapons system, but more importantly the individual pieces and parts of that.”

Simultaneously, the service is undergoing what Gibson called an “enduring competition” to build, deliver and field an independent launcher and missile that can fit into its Integrated Air and Missile Defense command-and-control platform.

The service will hold a “shoot-off” later this year and plans to downselect to a single vendor by the end of the year.

The cross-functional team is also focused on the Lower Tier Air and Missile Defense Sensor program, which has been the “workhorse” of the Army’s missile defense force for decades, Gibson said.

Calling the capability a phenomenal weapon system, the platform “will be a standalone sensor that not only will exceed the Patriot radar capability by magnitudes of what we have today, but it will also allow us to take an independent sensor and disconnect and break the bonds of sensors and shooters and C2 and put that on the battlefield” at the desired location, he said.

Meanwhile, the service is working to build stronger relationships with allied nations in air-and-missile defense.

Exercises such as Nimble Titan are an example of that, said Lt. Gen. Daniel Karbler, commander of Army Space and Missile Defense Command.

Nimble Titan is a two-year global missile defense wargame series. The exercise is meant to stimulate participants to think outside of the constraints of current international procedures.

Participants include the State Department, the Office of the Secretary of Defense, 24 partner nations, NATO, U.S. combatant commands and the Missile Defense Agency, Karbler said.

The exercise is “not just a convergence of capabilities and equipment and stuff, but a convergence of all those allies and joint partners to bring integrated air-and-missile defense to the forefront,” he said.

The Army also plans to test a slew of defensive capabilities during Project Convergence 2021. Project Convergence is the service’s “campaign of learning” — which was first conducted last year at Yuma Proving Ground, Arizona — that is designed to test the Army’s latest science-and-technology projects in a multi-domain battlefield.

Meanwhile, Karbler said that despite challenges posed by the ongoing COVID-19 pandemic, teams across multiple commands are still working together to advance air-and-missile efforts such as the Lower Tier Air and Missile Defense Sensor, and spaced-based technology programs.

Advancements being made by Russia and China in their missile and space-based capabilities are of concern to the Army, Karbler said.

Meanwhile, in the Middle East, the service is beginning to see a “normalization” of the use of tactical ballistic missiles, drones and indirect fires, he said. Because of this, the Army needs to move quickly to integrate new technologies that can aid the entire Defense Department, he said.

As the service works to further integrate space-based capabilities, it has gained a better understanding of what is required for deterrence in the 21st century, he said.

“Twenty-first-century deterrence brings in the other domains — space, cyber, [the] electromagnetic spectrum, as well as the use of conventional forces,” he said. “Convergence of these capabilities and effects remains critical for us.”

The USMC and US Army are "so weak" in SAM and Air Defense that it's a shame, and yet there will be a "shoot off" to determine which system the US Army needs. In many ways, I think it is readily apparent and the US Army is just "reinventing the SAM wheel" and "recycling the cycle" just to test, test, test, and learn, learn, learn with little to no yield at the end.

The MEADS was supposed to be "the SAM system" that is mobile. NASAMs is the next one. IDF's "Iron Dome," "Arrow," and "David's Sling" answers both aerial, missile, and anti-missile threats with the FMTV MML as the multi-functional SAM SHORAD system. Existing systems exist now to address current and future airborne and missile threats and yet the US DoD just doesn't seem to want to take these foreign systems into its arsenal. This "game" of exploration after a while gets old as the maturation of these SHORAD and SAM systems already exist in other nations. The GAU 25mm gatling gun turret aboard the USMC LAV-AD is another AAA that can be used, along with a rotating AESA radar....and yet these systems aren't fielded and the USMC doesn't have a clue where the 18 LAV-ADs are. The HiMARS seems the obvious transporter for future SAMs.

After a while, it just seems so silly that the US DoD reverts back to large fixed bulky trailers for its SAM and anti-missile defense. THAAD only intercepts ballistic missiles and has no close-in defense against small drones or UAVs. It's as if every US Army helicopter in the future needs to carry SHORAD Stingers and AIM-9s and yet no modifications were made to accommodate this.