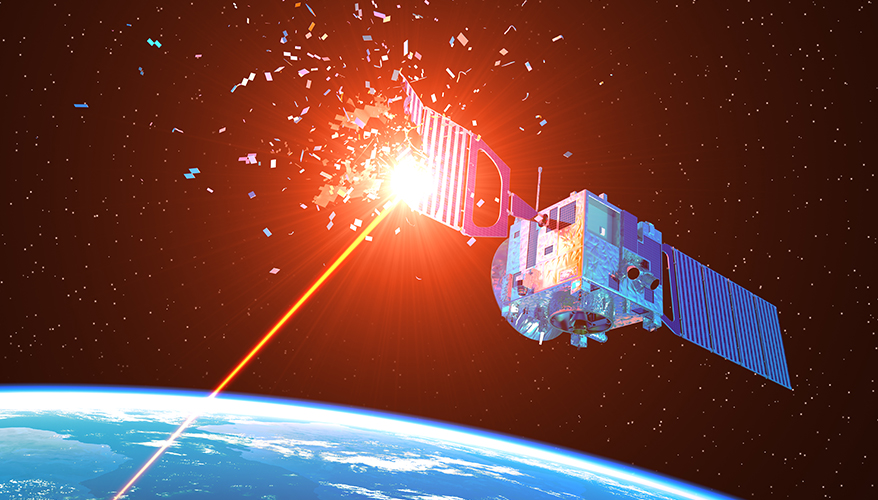 China is making progress with its ground-based directed energy weapons that could potentially be used to take down satellites, according to analysts.

In the study, “we added a lot more details about what China has been doing with their ground-based direct energy weapons program,” said Brian Weeden, director of program planning at the Secure World Foundation. “There's now pretty good open-source evidence of four or five main sites” that house the technology.

All of the sites have distinctive large buildings with roofs that slide back, Weeden noted April 8 during a virtual panel hosted by the Center for Strategic and International Studies, which recently released its own study on counter-space weapons. There are smaller buildings next to the large ones that can be used for gas storage to power the lasers. In some cases, the buildings have additional smaller domes that support adaptive optics for targeting objects, Weeden said.

Two of the facilities identified are co-located with universities where the Chinese appear to be conducting research for atmospheric optics or engineering physics, he said.

CSIS released its new "Space Threat Assessment" report on April 1, which outlines recent developments in anti-satellite weapons by China, Russia and other countries.

“While some of the programs identified appear to be academic and therefore are likely not ASAT systems, one location of primary concern is a military base known for conducting kinetic physical ASAT tests that is also rumored to house a laser weapon system,” the report noted. “There is no indication of how advanced or ‘ready-to-mobilize’ such a directed energy system may be, and there has been no publicly available information about potential tests or attacks against space systems.”

This site, which appears to be a military installation, is located about 100 kilometers from a base outside of Korla, China, Weeden said. The government has conducted anti-satellite testing out of this base in the past, he added.

While the other sites located near universities could be used for research-and-development purposes, the location of this facility indicates it may be intended to house operational systems, Weeden noted.

As the US has embarked on plans to weaponize space for several decades, with the US Space force being developed in the 1980's which has been given renewed impetus to move from satelite communications, spying, GPS etc to become more offensive in recent years, I'm not surprised that China nd Russia have developed defenses against this bastion of High ground positioning. Russia has developed both high altitude plane based and Ground based Missiles to take out satelites, already. China may feel they have to differentiate on a more technical level? Satelites have a vulnerability in that they have to position themselves to launch any weapon into a specific location, making them targetable and easily incapacitated or destroyed, but almost anything that can reach them.