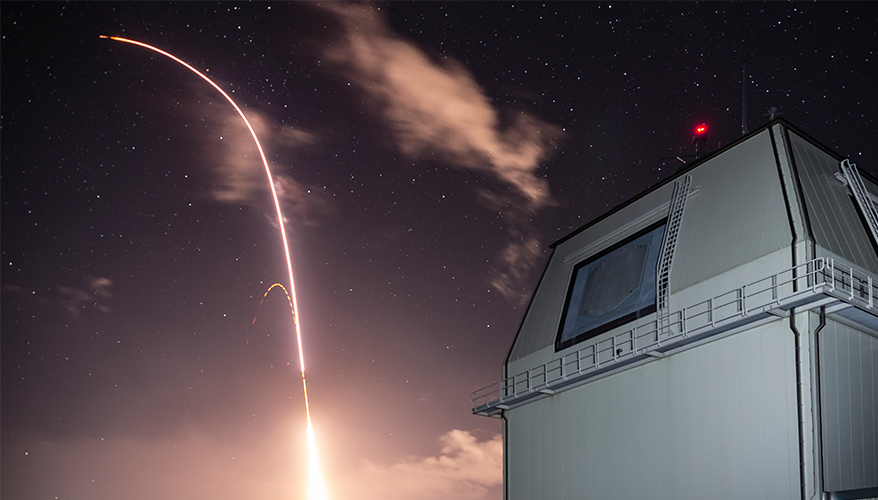 The Aegis Ashore Missile Defense System is necessary to defend the U.S. territory from China’s naval investments in the Pacific Ocean, said Rep. Mike Rogers, R-Ala., at a Defense Writers Group event. The funding is part of a 3 to 5 percent increase to the national security budget needed to face the great power competitor's growing military strength, he added.

“We've got to be prepared to deal with those threats,” he said. “We can't just ignore them like some people seem to think we can.”

Indo-Pacific Command has requested $5.2 billion for the system over the next five years. Indo-Pacom Commander Adm. Phil Davidson called it his region's top acquisition priority. Financing must begin in fiscal year 2021 for it to be in place by 2026, the year adversaries are expected to achieve the capability to overcome the current missile defense system. The backbone of the system will be the Baseline 10 Aegis Ashore system, Davidson said recently.

While many analysts have predicted flat defense budgets over the coming years, Rogers said increasing it is his “No. 1, No. 2 and No. 3 priority.”

The program is the largest acquisition in Pentagon history, with a projected cost of more than $1 trillion. The jet has experienced a number of technical problems over the years, though advocates say it will be an asset in the U.S. military inventory as the United States competes with adversaries such as China and Russia. A recent Government Accountability Office report said development costs for its block 4 technology upgrade had swollen to $1.9 billion.

Democrats on the committee have criticized the program recently. HASC Chairman Rep. Adam Smith, D-Wash., told reporters earlier this month that Pentagon officials had to find a way to “cut our losses” on the aircraft. He called the program a "rat hole."

Prime contractor Lockheed Martin has been working to drive down the per-aircraft price tag as well as the operation and sustainment costs for the program.

Rogers noted he was open to suggestions for decreasing reliance on the program but unaware of any existing solutions.  “We’ve got to find a way to get control of cost and handle those shortcomings,” he said. “But I don't really see that we have a lot of options other than doing that.”

Rogers said he was open to Air Force Chief of Staff Gen. Charles “CQ” Brown Jr.’s idea of purchasing a 4.5 generation fighter if it can meet the service’s capability challenges.

He added modernizing long-range fires, one of the Army’s top modernization priorities, is not likely to happen without the 3 to 5 percent budget increase he is advocating.

Re: JUST IN: Lawmaker Endorses Aegis Ashore for Guam