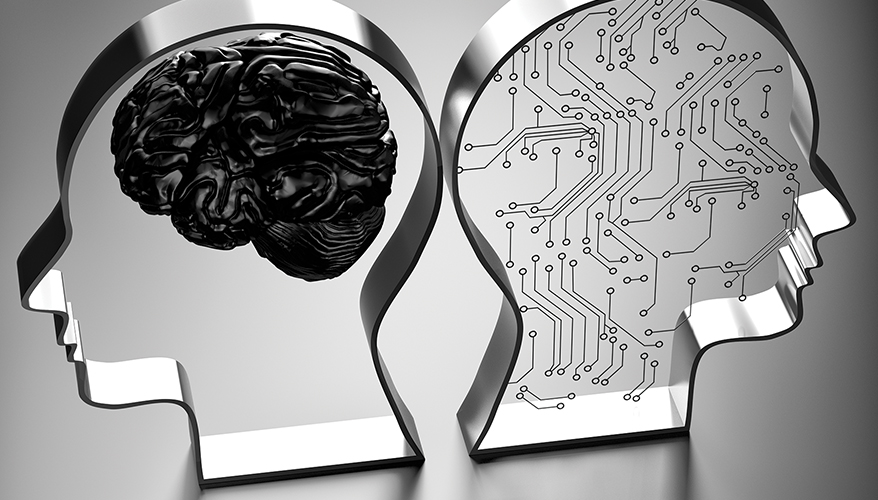 The United States must pump billions of dollars into artificial intelligence research if the nation wants to be “AI-ready” by 2025 and successfully compete with great power competitors China and Russia, according to new findings from a congressionally chartered panel.

The National Security Commission on Artificial Intelligence — which was established under the fiscal year 2019 National Defense Authorization Act to examine ways to advance the development of AI for national security and defense purposes — recently released its final report to Congress in March after two years of work.

The 700-plus page report includes recommendations to the Biden administration and Congress that will require sweeping changes to better posture the nation for competition with other AI-enabled nations, such as China and Russia.

The technology will impact the United States profoundly in the coming years, but despite some “exciting experimentation” and a few small programs, “the U.S. government is a long way from being ‘AI-ready,’” according to the report. The Defense Department and intelligence community must be AI-ready by 2025 to avoid falling behind, the commissioners said.

“The U.S. has no mechanism to organize for a tech competition,” he said. The National Security Council was created at the beginning of the Cold War to manage a long-term competition with the Soviet Union, he noted.

“We need the same type of approach [for the current era of great power competition] at the White House level by establishing the Technology Competitiveness Council, [which] we believe should be chaired by the vice president and includes all the cabinet secretaries to develop and oversee a strategic national approach to emerging technologies like AI,” he added during a public meeting where the commission voted on the report before transmitting it to the Biden administration and Capitol Hill.

The government will also need to make major investments in research to spur domestic AI innovation, Schmidt said. “We do need more money, particularly in AI R&D, so that by 2026 we get to $32 billion per year,” he said.

Schmidt has previously said that China is rapidly catching up to the United States in AI, noting that the nation is only a year or two ahead of Beijing.

China has made “a massive investment in this area with many, many, many smart people working on it. We have every reason to think that the competition with China will increase,” Schmidt said during the meeting.

The commission’s report is split into two parts: “Defending America in the AI Era” and “Winning the Technology Competition.”

The first focuses on implications and applications for AI for defense and national security, Schmidt said. The second recommends actions that the government must take to promote AI innovation to improve national competitiveness and protect critical U.S. advantages in the bigger strategic competition with China.

The report features four pillars of action including leadership, talent, hardware and innovation.

“If I’ve learned anything in studying the way the government works, leadership — especially from the top — is critical to get the bureaucracy to move to the next challenge and the next opportunity,” Schmidt said.

Meanwhile, there is a “huge talent deficit” in the federal workforce, he said.

“We need to build new talent and expand existing programs in government,” Schmidt said. “We need the world’s best to come and stay to cultivate homegrown talent.”

One key recommendation of the report is to scale up digital talent within the government. This includes establishing new talent pipelines, including a U.S. Digital Service Academy to train current and future employees. The commissioners also called for a civilian National Digital Reserve Corps to recruit skilled employees including industry experts, academics and college graduates. Additionally, there needs to be a Digital Corps, which would be modeled on the Army Medical Corps.

When it comes to hardware, it is critical the nation stays ahead, Schmidt said. However, it is very close to losing its edge when it comes to microelectronics — which underpin some of the Defense Department’s key capabilities including artificial intelligence, advanced manufacturing and space systems — because of the United States’ reliance on Taiwan.

“We need to revitalize domestic semiconductor manufacturing and ensure that we’re two generations ahead of China,” he said.

Work noted that Taiwan is potentially vulnerable. If “China absorbed Taiwan — which is the source of many of the world’s hardware — that would really be a competitive problem for us,” he said.

“AI research is going to be incredibly expensive,” he said. “We need the government to help set up the conditions for accessible domestic AI innovation.”

The commission worked on its report with a great sense of urgency, Work said. Each of the 15 commissioners believe that AI-enabled systems will pose a threat to free and open societies in the future.

“AI tools will be weapons of first resort, particularly between great powers,” he said.

The U.S. armed services’ competitive military technical advantage could be lost within the next decade if the nation does not accelerate the adoption of artificial intelligence and other advanced technologies across its missions, Work said.

“Our major military rivals are really all-in on military AI applications,” he said. “Defending against AI-capable adversaries without employing AI is an invitation to disaster. AI-enabled applications will operate at machine speeds and humans simply will not be able to keep up with them without help from their own algorithms and their own AI.”

Speaking during a plenary meeting discussing a draft version of the report in January, commissioner Chris Darby, president and CEO of In-Q-Tel, an independent, non-profit strategic investor for the CIA and the broader U.S. intelligence community, said the United States faces five AI-related threats which illustrate a new society level of conflict that the United States must organize and defend against.

The first is AI-enabled information operations.

“AI applications and associated technologies will increase the magnitude, the precision [and] persistence of maligned information ops,” he said. The government should create a joint interagency task force within the Office of the Director of National Intelligence to lead and integrate public-private efforts to counter foreign-sourced maligned information.

The second is targeted data harvesting, Darby said. Information security and integrity must be viewed through a national security lens. The government must protect its own data from adversarial interference or theft by defending against attacks.

“Though the threats are still developing, in the future, AI-automated and enabled malware could make compromises such as the SolarWinds cyber attack orders of magnitude more effective, delivering greater precision, tailoring speeds, stealth and persistence at scale,” he said, referring to a massive hack that rocked the government and was discovered in December. Government agencies have pointed the blame at Russia, and it is believed that the breach went undetected for many months.

To close gaps in the nation’s cyber defenses, the United States should continue to adopt recommendations suggested by the U.S. Cyberspace Solarium Commission, which last year released a major report to Congress, Darby said.

The document — which featured 80 recommendations to lawmakers — broke its recommendations into six pillars, including: reform the U.S. government’s structure and organization for cyberspace; strengthen norms and non-military tools; promote national resilience; reshape the cyber ecosystem; operationalize cybersecurity collaboration with the private sector; and preserve and employ the military instrument of national power.

Additionally, to head off future threats and accelerate countermeasures to current threats, the government should develop and deploy AI-enabled information sharing, anomaly detection and malware mitigation across its networks, Darby said.

A fourth threat the United States must be aware of is adversarial AI against U.S. platforms, Darby said. These types of acts are here today and already impacting commercial machine learning systems, he added.

“Among other moves to improve AI assurance, the government should create government-wide red teams to attack and harden our own AI applications,” Darby said.

“Biotech, sadly, can also have a dark side,” Darby side. “AI may enable the engineering of genetically targeted pathogens or the mental and physical bio-enhancement of … adversary combatants.”

To address this, the government should increase the profile of biosecurity issues within U.S. national security agencies, as well as update the National Biodefense Strategy to include a wider vision of biothreats, Darby said.

Commissioner Katharina McFarland, chair of the National Academies of Science Board of Army Research and Development, said the application of biotechnology can protect the United States against some threats as well as create new ones.

Commissioner Safra Catz, CEO of Oracle Corp., said the report is meant to be a wake-up call for the government.

“There are some very, very bold actions we’re asking for,” she said. “This is pretty much the critical moment for our country and the investment that’s necessary.”

Jim Shaw, executive vice president of engineering at the Crystal Group, a Hiawatha, Iowa-based manufacturer of high-performance computers, artificial intelligence systems and rugged computing platforms, said the commission’s report is a good start, but more work needs to be done.

“We’re late to the game,” he said. “That’s one of the things that we probably need to just recognize right away. This is becoming an urgent need for us to spend resources to gain skill sets and talent … through universities and industry to try to, frankly, catch up with China and Russia.”

The Pentagon and Congress should get on board with the commission’s recommendations, and take them even further, he said.

“My hope is that it will snowball into quite a bit of activity,” Shaw said. “That’s essential for us to preserve” the nation’s edge.