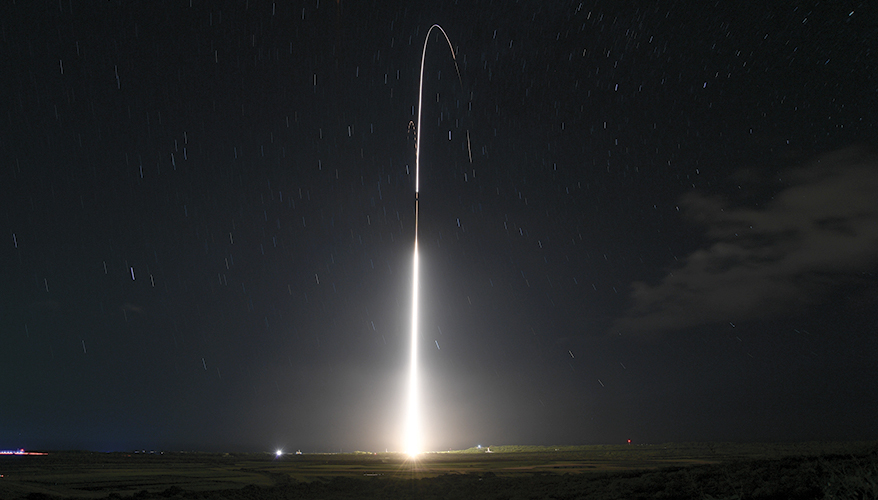 The Biden administration should rethink the nation’s investments in missile defense, according to analysts.

The Congressional Budget Office in a new report, “Costs of Implementing Recommendations of the 2019 Missile Defense Review,” estimates that the 10-year price tag of the Pentagon’s missile defense plans for the 2020s would be about $176 billion, based on the Trump administration’s 2020 budget request.

However, the new administration is expected to conduct a new missile defense review which could result in a significant shift in priorities.

“I think that the Biden administration really wants to be thoughtful and not chase every threat” with expensive defensive systems, said Laura Grego, senior scientist with the Union of Concerned Scientists’ Global Security Program. “It wants to do really hard-nose cost-benefit analyses.”

The United States needs to avoid getting into a “tail chase” trying to keep up with growth in adversaries’ intercontinental missile arsenals, she said during a recent panel. To that end, she suggested “slimming down” the mandate for the Ground-based Midcourse Defense, or GMD, system with the goal of protecting the homeland against limited strikes. Greater focus should be on investing in systems that are dedicated to regional missile defense, she added.

Other ideas that have been bandied about, such as building systems that could have a global reach like space-based interceptors, would be “wildly expensive” and should be discarded, Grego said.

Tom Karako, director of the Missile Defense Project at the Center for Strategic and International Studies, said topline funding levels for missile defense should be maintained, but some of that money should be shifted toward programs focused on defeating non-ballistic missile threats such as cruise missiles, drones and hypersonics.

“We could be doing something significantly different than what we’re doing now while staying within basically the same budget profile,” he said. “We’re going to need to stay within that budget profile” due to budget constraints.

“This is an opportunity to really double down on regional and theater air-and-missile defense … for all the other aspects of forward [deployed] forces in particular, so that we can support our broad deterrence and defense goals,” he added.