Future Uncertain for Industrial Base as Pandemic Spreads 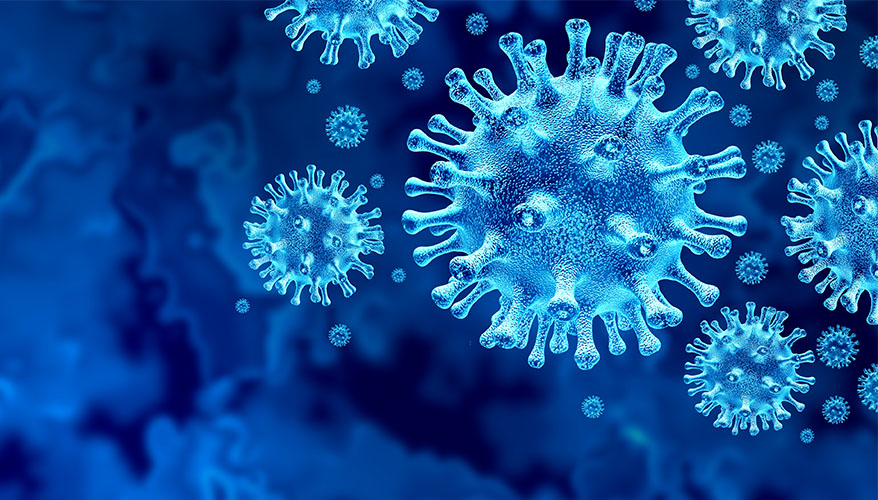 This is part three of a five-part special report on the health of the U.S. defense industrial base.

While the United States continues to deal with challenges posed by the COVID-19 pandemic, it is still too early to know how the health of the defense industry will fare in the long run, according to analysts.

“The magnitude of the virus … it’s really unknown, a lot of this just has to do with when the virus is going to go away, ... how quickly [a vaccine] can be deployed,” Nick Jones, the National Defense Industrial Association’s director of regulatory policy, said in an interview. “COVID-19 is going to continue to be an issue until the virus is at very low levels, which may be who knows how long,” he added.

Jones’ comments echo sentiments expressed by Ellen Lord, the Pentagon’s undersecretary of defense for acquisition and sustainment. During a virtual Defense News conference in September, Lord said many of the effects of COVID-19 may be yet to come.

“All the reports that have come out in large part don’t reflect the hits that were taken by business,” she said. “There have been mixed reports in terms of revenue and profitability. I would contend that most of the effects of COVID haven’t yet been seen, because most companies gave their employees time off — they stretched out production, paid a lot of people for working 100 percent when, perhaps, they were only getting 50 percent of the hours in, and so forth.”

In November, Lord said she did not expect to see additional company closures despite an apparent rise in infections. The United States passed 4 million COVID-19 cases that month, according to the Centers for Disease Control and Prevention.

Another large wave of the virus is underway, and forecasts from the CDC anticipated 690,000 to 1.7 million new cases during the last week of December.

Lord said she is concerned that the COVID-19 case-count is still increasing in industry.

“I’m optimistic that although cases are going up, industry is going to continue to be very resilient. And we will continue to add pretty impressive productivity rates,” she noted during the American Institute of Aeronautics and Astronautics’ ASCEND conference.

At the beginning of the pandemic, about 700 defense companies were shut down to mitigate the spread of the virus. However, that number is now down to one, Lord said. Enough precautions have been taken to potentially avoid large-scale closures again, she said.

Industry has taken steps to space out manufacturing lines to find ways to comply with all the CDC regulations and “those have really prevented severe cases and the need to shut down,” she said.

Lord said she is unsure if members of the defense industry will receive priority when a COVID-19 vaccine is released. The sector was deemed “essential infrastructure” in the early days of the pandemic, which enabled companies and employees to avoid some of the lockdown restrictions faced by “non-essential” businesses.

“I don’t have the answer to that,” she said. “That’s being sorted out right now in the White House.”

As of press time, the Food and Drug Administration was weighing whether to approve emergency use of newly developed vaccines. They were expected to start being distributed to high priority individuals such as front-line health care workers and other vulnerable segments of the population by the end of December.

The defense acquisition workforce is continuing to adjust to pandemic restrictions. Employees who must work in sensitive compartmented information facilities are doing so in shifts, and the Defense Acquisition University has transitioned completely to online courses, Lord said in December.

“I’m incredibly proud of what was done and how quickly we found that everyone adapted to being efficient,” she said. “I hope we do not backtrack in terms of efficiencies when we get to whatever our stable situation is.”

As the United States continues to navigate through the pandemic, the defense industry appears to be an economic “safe haven” for companies that operate in both the defense and commercial space, said Robbie Van Steenburg, regulatory associate at NDIA.

“That’s one area where things, at least temporarily, there hasn’t been a whole lot of negative general economic pressure,” he said. The defense industry is doing OK for now, he added. In quarterly earnings calls, the defense divisions of their businesses tend to be doing better right now than the non-defense side, he said.

However, it is difficult to predict if this state of affairs is here to say, Van Steenburg noted.

“I don’t know if this is temporary or not,” he said. “The fact that the defense industry has had so few closures — due to COVID and the recession and everything — I think that’s a pretty good way to sort of look and say, ‘OK, things could be worse in the defense industry.’”

Defense may also be an area where companies can thrive while other sectors such as commercial aviation continue to flounder, he said.

However, Kevin Fahey, assistant secretary of defense for acquisition, noted the defense industry does experience effects from the decline in commercial aviation. The Pentagon has had to find alternative means for transporting equipment, resulting in higher costs, he noted.

“A lot of people don’t realize that travel restrictions … have a major impact because much of our industry is tied to the commercial airlines [and] most of our transport of equipment is commercial,” he said at NDIA’s Joint Armaments, Robotics, and Munitions Digital Experience conference in November.

The Defense Department is also hoping that Congress will have an appropriation to go along with Section 3610, which is a part of the Coronavirus Aid, Relief, and Economic Security Act passed in March 2020. The section authorizes agencies to reimburse contractors for paid leave taken during the pandemic. As of press time, Congress had not yet appropriated those funds.

“As of today, we don’t have an appropriation to pay those costs,” Fahey said.

The DoD needs money for 3610 “and other COVID costs” as well, he noted, which assists in purchasing safety items such as personal protective equipment. Fahey said he suspects that some of the smaller subcontractors may be concealing financial hardships from the pandemic in fear that the primes may look for alternative companies.

“If we don’t get those costs, we will be seeing impacts for years to come,” he said. “It could force some contractors and small businesses out of business.”

Additionally, keeping the industrial base afloat is crucial to ensuring that companies do not turn to competitors such as China for investments, he said.

“Foreign investment caused by COVID has us scared,” he said. “Most of our industry would rather have money from the United States and Canada. But if they can’t survive without money, what are they going to do?”

Meanwhile, companies facing economic downturns are laying off employees. In October, Boeing announced that it will reduce its workforce to 130,000 by the end of 2021. The company reported a $466 million net loss during the third quarter of 2020. This was due both to the grounding of the 737 MAX aircraft and COVID-19 complications, according to the aerospace giant.

“There’s no doubt that this moment is among the most difficult in our more than 100-year history,” Dave Calhoun, Boeing’s president and CEO, said in the company’s third quarter earnings call. However, “through it all, I remain confident in Boeing’s long-term future,” he added.

“Since March, we have accelerated payments to more than 8,300 suppliers, including more than 5,000 small businesses across all 50 states, the District of Columbia, Puerto Rico and 39 nations,” the company said in a September statement.

General Dynamics — another firm that leans heavily on government contracts — reported net earnings of $834 million in the third quarter.

Jones noted that some defense contractors are uneasy about their future. Earlier this year, NDIA conducted a survey to gain feedback on COVID-19 impacts from the defense industry. As of September, 52 percent of about 1,100 respondents thought that it would take six months or longer for their businesses to return to normal, he said. Twelve percent said they did not think they would ever return to normal.

“I would say it’s pretty unstable,” he said. “You have a lot of companies, especially small suppliers, that are dependent on not only their defense contracts, but [commercial] aerospace.”

New regulations such as the Cybersecurity Maturity Model Certification requirements may be a factor in determining how well these companies recover, he added. These requirements are part of the Defense Department’s push to protect industrial base networks and controlled unclassified information from cyber attacks.

“We’re concerned about that,” Jones said. “But I think the Defense Department has done a great job working with associations and industry to respond to COVID-19, through the CARES Act, through accelerated progress payments and really keeping communication channels open between the government and industry.”

The pandemic had a silver lining for the Pentagon because it spotlighted some of the challenges facing the Defense Department such as supply chain issues, Lord noted. It reinforced what the Pentagon had discussed in a 2018 report to assess the strength of the industrial base — that there was too much dependency on offshore companies, she said.

“We therefore were able to move out and make some investments in industrial capacity and throughput,” she said. “When the pandemic rolled around and everyone realized how vulnerable we were as a nation without the [personal protective equipment] and the pharmaceuticals that we needed, where we depended on offshore sources. That heightened everybody’s awareness of how that spread through the defense industry as well.”

Cyber is another area of concern, Van Steenburg said. NDIA found that over the last year, the number of reported cyber vulnerabilities within companies has gone up, although the severity of those vulnerabilities has decreased, he said.

“It could be more people working online [or] it could just be we’re better at catching them,” he said. “It could be that more people are reporting them to the government when they find them. … I just know that, at least in terms of what the government … [is] pointing out, is that they’re saying we’re seeing a lot more vulnerabilities.”

The Pentagon is also continuing to take steps to keep industry afloat using provisions in the CARES Act.

“These actions will help retain critical workforce capabilities throughout disruptions caused by COVID-19 and restore some jobs lost due to the pandemic,” the announcement stated.