Army, Industry Have Faith in New Approach for Bradley Replacement 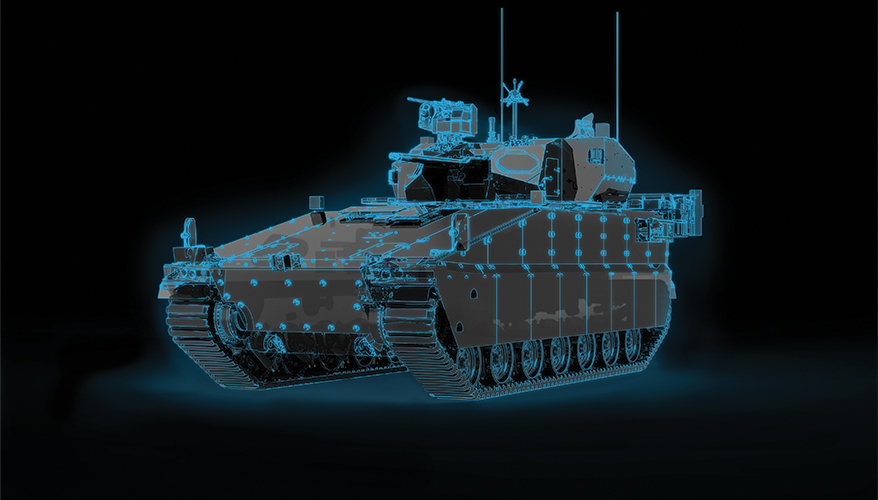 After a handful of unsuccessful attempts to replace the Army’s aging Bradley fighting vehicle, the service hopes it is finally on the right track.

Known as the optionally manned fighting vehicle, or OMFV, the program is the Army’s latest attempt to replace the Bradley following years of cost and requirements issues. Five manufacturers are competing to build a new prototype that officials hope will meet the growing need for next-generation land capabilities.

Maj. Gen. Ross Coffman, director of the next-generation combat vehicle cross-functional team at Army Futures Command, said the OMFV is his team’s top priority as legacy systems rapidly age. As the Reagan-era M-2 Bradley — which is made by BAE Systems — inches toward being mothballed, the Army is aiming for a replacement platform that can enter full-rate production by 2030.

Following program cancelations and restarts, the service is taking a new approach to OMFV. Rather than forcing contractors to meet a list of requirements, the Army is simply asking defense companies to bring their capabilities to the table.

“This is going to be the basis for all future vehicle requirements and procurement,” Coffman said in October during the Association of the United States Army’s annual conference in Washington, D.C. “We believe that we’re going to learn a lot of lessons.”

The Army has been working to replace the Bradley since 1999. It started two different programs — Future Combat Systems and the Ground Combat Vehicle — but without success, according to a July Congressional Research Service report, “The Army’s Optionally Manned Fighting Vehicle (OMFV) Program: Background and Issues for Congress.” The efforts were later canceled due to program- and cost-related concerns, said the report’s author, Andrew Feickert, CRS specialist in military ground forces.

In its most recent failed attempt to replace the vehicle, the Army had issued a request for proposals for the OMFV platform that included a list of requirements Coffman described as “aggressive” at the time. But the Army canceled the program after receiving only one proposal from industry.

Based on feedback from industry, the Army canceled the solicitation in January 2020 and took a step back from the effort to reboot. In April 2020, the service released new guidance that listed nine characteristics required for the OMFV system. These included survivability, mobility, growth, lethality, weight, logistics, transportability, manning and training, according to the contract notice.

Moving into the next phase of the program, James Schirmer, deputy director of the Army’s program executive office for ground combat systems, said his office is reviewing initial concept designs from each team. The service will then plug each designs’ data into models and run them through simulations to evaluate their performance.

“We’re going to take that feedback, and [Coffman’s] team will then refine that requirement space,” he said. The process is like “a funnel that’s narrowing down into something more specific.”

Based on the results of the simulations, the Army will move into an open competition and issue a request for proposals for the detailed design and prototyping phases around May 2022, Coffman said. Up to three companies will be selected from the bids.

The Army will then again use digital engineering to test the selected prototypes’ performances in a simulated 3D battle before moving into physical testing.

While the service is still working out the model-based environment, it is looking at cloud-based technology so it can evaluate the designs and simulation results while they are still in a digital format, Schirmer said. This will hopefully avoid costly failures during physical testing, he added.

The service plans to downselect to a single contractor by fiscal year 2027 with the goal for full-rate production to begin in fiscal year 2030, according to the CRS report.

The Army has also placed a heavy emphasis on industry’s ability to implement an open systems architecture in their designs, which would enable cross-platform and cross-domain commonality of capabilities for easier upgrades as technology develops.

“We don’t need to own all the black boxes, but if we control the interfaces and we define those interfaces, that architecture will allow us to make upgrades more rapidly in the future,” Schirmer said.

While much of the OMFV’s development has been done behind closed doors, industry teams had the chance to showcase preliminary prototypes of technologies and capabilities that could be a part of the final fighting vehicle during the recent AUSA show.

The platform’s biggest point of departure from the KF41 is its remotely operated turret that allows for the vehicle to work with a two-person crew. The prototype leverages the modular open systems approach, or MOSA, architecture already fielded by the Lynx KF41, he added.

The company’s concept also features an Allison Transmission that enables the vehicle to produce about 220 kilowatts of electricity, which gives it a “mild-hybrid capability,” Milner said. Battery storage limitations prevent the concept from being completely hybrid-electric, he noted.

Having never built a combat vehicle before, it was crucial for Oshkosh to partner with experts from that arena while leveraging its experience building tactical wheeled vehicles, said Pat Williams, vice president and general manager of the company’s Army and Marine Corps programs.

Other vendors chose to bring test vehicles to the show to better demonstrate specific elements of their designs.

For example, BAE Systems brought its infantry vehicle “rolling lab” — the RB301. The test vehicle was equipped with a medium-caliber 30 mm turret built by the company’s partner Elbit Systems of America, an electric vehicle architecture, and advanced situational awareness sensors and systems, said Jim Miller, senior director of business development at BAE. The RB301 is not BAE Systems’ concept design, but rather a means to test potential capabilities, he explained.

After being the sole contractor to submit a bid in the Army’s previous attempt to procure OMFV vehicles in 2019, Reese said GDLS is embracing the service’s new approach.

Meanwhile, the company received some notes from Coffman’s team on its concept design that are already being considered for the next round of feedback, he said.

“There are some things we can work on that … weren’t 100 percent in line with the Army’s requirements, but I think that’s just the nature of this new technique they’ve come up with,” Reese said. “I think anybody that says they have a design today … that’s ready to go is not listening.”

Because the current design phase isn’t a competition and each company was instead selected for a contract, Coffman noted how beneficial it is to be able to communicate with each firm individually.

“We can have iterative conversations with each industry partner — all five of them — and see where the trade space is to inform the eventual requirement that the chief of staff of the Army will eventually have to approve,” he said.

The industry teams were given feedback and recommendations at AUSA, Coffman told reporters.

“We’ve been perfecting the design with the iterations going back and forth with the government,” he said. “I would say that what we went in with in terms of the concept has been changing, but not dramatically.”

The Indiana-based company is offering the Liberty platform which is designed with the Army’s modular open systems approach in mind. It is a hybrid-electric concept that has a “tremendous” amount of exportable power, he added.

Because the manufacturer has no past experience building military vehicles, Edwards said the Army’s new approach truly “opened the door” for them.

Other members of industry echoed Edwards’ remarks. Praising the Army for embracing new ideas, Milner spoke of how American Rheinmetall struggled with the initial requirements set by the service, particularly being able to fit two vehicles on a C-17 aircraft in full combat configuration and ready for battle in 15 minutes.

Williams said he appreciated the Army’s new take on vehicle acquisition, emphasizing that it allows a variety of participation from companies like Oshkosh that may not have immediate experience in developing combat vehicles.

“It gives [the service] the opportunity to provide multiple points of view and multiple solutions that they can then assess as they dial in what their requirements will eventually become,” Williams said.

Re: Army, Industry Have Faith in New Approach for Bradley Replacement

The OMFV program seems positive and in a better, more hopeful position, factoring in the foreign designs and the innovative concepts from the American manufacturers. Some wonder why the Swedish CV-90 wasn't included, but I suppose that CV-90 didn't enter.

A Bradley replacement is vital to add Active Protection Systems, a heavier caliber gun, digital architecture, and better overall performance. Can the Bradley still exist as an upgraded variant? Sure, but if the US Army is looking at a 40-ton limit, I doubt that the Bradley M2A4 can make the weight cutoff, and the US Army should not be hindered by having to stuff two OMFVs into a C-17, and yet each OMFV shouldn't weigh close to 80 tons either.

I still think that SPIKE NLOS ATGM might be the better ATGM than TOW, so the US Army should have the option of including both ATGMs, or mix-and-match between OMFVs having SPIKE and TOW ATGMs because one definitely goes a lot farther than the other and when OMFV is perched on a hill or mountain, ATGM range might really count.