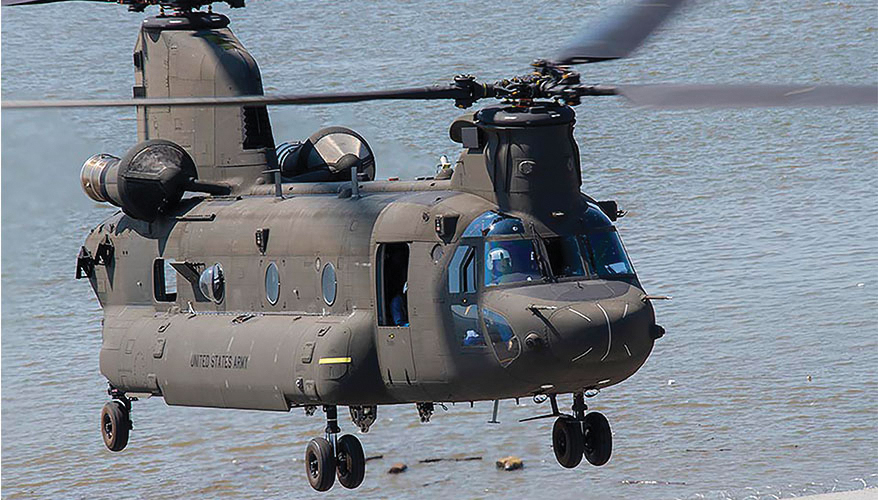 Whether or not the Army would purchase the CH-47F Block II had been an open question for years. Procurement funding for Block II took hits under President Joe Biden’s 2022 budget proposal, and the COVID-19 pandemic caused disruptions to the rotorcraft’s production.

“Going into production on the CH-47F Block II is key to being able to get that aircraft and its capability out into the field,” Builta told reporters recently. The system is able to carry more payload and operate faster, farther and “smarter,” he said.

Boeing has flown more than 800 hours of flight tests for Block II aircraft and will continue to do so in Mesa, Arizona, Builta added.

However, the advanced Chinook rotor blades — a key part of Block II’s enhancements — will not be part of the Army’s procurement. The blades were negotiated as part of the CH-47F Block II contract but were not funded, according to Boeing spokesperson Andrew Africk.

The upgraded rotor blades’ swept-tip design increased the aircraft’s lift capacity by 1,500 pounds, according to Boeing. But a report published in January by the Defense Department’s office of the director of operational test and evaluation found that the design “produced excessive vibrations in various flight profiles,” causing personnel fatigue and other physical conditions.

Instead, Block II Chinooks will use standard rotor blades similar to those currently being used by the active fleet, according to Africk.

“Things like vibration on a helicopter is a very common issue. And so we have systems on the aircraft to be able to mitigate vibration,” Builta said. Boeing is working closely with the Army to determine exactly what should be done to get the capability into the field, he added.

Delivery of the new model is scheduled for 2023.