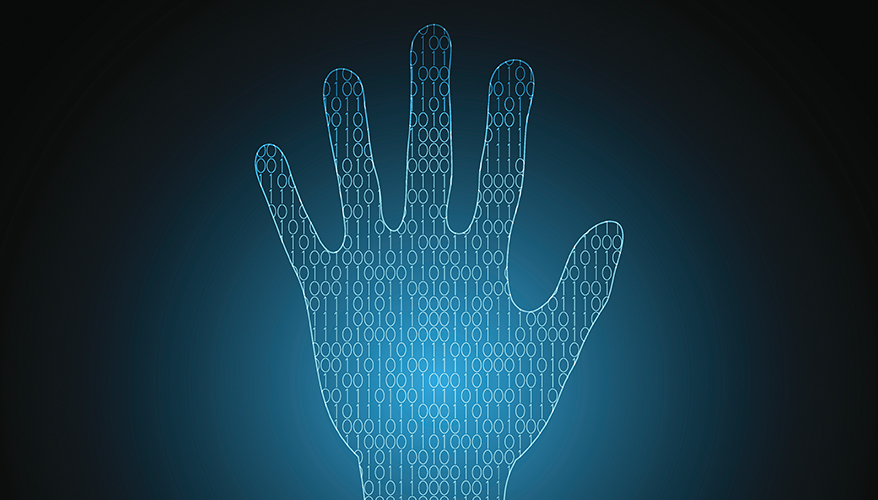 The U.S. military wants to enhance its training, and it is putting research-and-development dollars toward creating more realism. With prices coming down and use cases expanding, industry believes haptic technology that can simulate real touch and feel will save the Defense Department time and money once it becomes mainstream.

Engineering and Computer Simulations, an Orlando, Florida-based company, recently announced the opening of a new lab to test new sensory technology for the Army, Marines and Navy. It’s one of the first of its kind in the country and could lead the way for widespread adoption by the services in areas such as medical and maintenance training, according to company executives.

After working in haptic and virtual reality technology for decades, Waymon Armstrong, CEO and president of the firm, said the technology has come a long way. If a soldier or a battlefield medic wearing a haptic-enabled glove can feel what it is like to pull a trigger or flip a switch, they are more likely to do their job correctly.

“You put the gloves on and it just amplifies that,” he said. “It’s a force multiplier in making it seem so much more real.”

With sensory capabilities available in gloves, Marines can train in many more scenarios, Armstrong said. In September, the Marine Corps awarded Engineering and Computer Simulations — along with six other companies — indefinite-delivery/indefinite-quantity contracts with an estimated value of up to $238 million.

The Marines Corps also is incorporating haptic technology into its advanced training Force-on-Force Training Systems-Next, which will feature a haptic wristwatch that will alert the user if direct or indirect fire is headed their way. Saab was awarded the contract for the system this summer.

The Army is also thinking about how to integrate the technology. The Orlando lab’s first research-and-development program is funded by the Army’s Simulation and Training Technology Center. Through 2024, researchers will study how the service could benefit from three different gloves, including HaptX’s DK2 gloves.

The DK2 — which launched in January — uses microfluidic technology to displace the skin on the user’s hand up to 2 millimeters, said Joe Michaels, chief revenue officer of HaptX. Compressed air flows through the glove to move 133 actuators against the palm to make it feel like a simulated object is actually pressing against it.

The glove also has tendons that can deliver 40 pounds of resistive force to give the virtual objects shape and a solid feel, he said.

“Even if it’s just virtual in a 3D space, we can move your skin the way it’s moved when you’re touching a real object,” Michaels said.

But the realistic feel is not as useful unless it incorporates precise tracking, he noted. Leveraging electromagnetic sensors in every finger, the DK2 is accurate to the submillimeter in its finger tracking.

“If you want to teach a pilot where his or her finger needs to go on a virtual panel, you need to know with submillimeter precision exactly where that virtual switch is located and where the finger is located,” he said.

“A fighter pilot when there’s an emergency situation can’t open a training manual,” he added. “Their hands need to fly to the correct location and flip the correct switch without thinking about it.”

Additionally, if the gloves are adapted for maintenance training, they could save the military money in avoiding costly repair errors, Michaels noted.

Armstrong said young warfighters are already accustomed to the haptic technology used in video games such as vibrating controllers, which would make the transition to using the sensory training intuitive.

Michaels has watched the fervor for haptics spread since HaptX — which is based in San Luis Obispo, California — launched nine years ago.

The company has raised $31 million in investments during that time, but it didn’t always aim to make tech for the military, he said.

“We’ve seen this fortunate confluence of interests, where we want to create the world’s most realistic haptic technologies, and the government is starting to understand that they need those to avoid negative training,” he said. Negative training occurs when trainees receive such poor instruction that it has to be retaught.

HaptX has worked with the Army, Navy and Air Force in addition to the Department of Energy and Defense Intelligence Agency, Michaels said.

However, the company has run into many of the same problems as other firms have when trying to work with the government.

“It’s not easy to get the government to move as one,” he said. “You try to work in achievable steps and show the promise of realistic haptics in individual instances and prove it out.”

One challenge is there is no one-size-fits-all product that will work with every military program, he said. Additionally, the glove would have to work with different virtual reality technology ranging from high-end to low-end systems.

However, progress is being made with haptic technology. One reason for that has been the decreasing cost of the products, Armstrong noted.

“When we started, the envelope cost was in the six figures,” he said. “Now it’s in the low four figures, going up to five figures, and that keeps coming down.”

Michaels declined to reveal the cost of the HaptX glove, but said the price is still “more cost effective than what happens when something goes terribly wrong in a live training.”

The advancements industry has made with haptic capabilities have been bolstered by military funding, said Neal Finkelstein, chief operating officer of the National Center for Simulation. Many companies that NCS works with received seed funding from Small Business Innovation Research, or SBIR, and Small Business Technology Transfer, or STTR, programs. With the funding comes more specific feedback to the companies about what capabilities the services need, which improves the quality of the products, he said.

“They’re just building on improving them every year,” he said.

For example, HaptX wouldn’t have been able to scale up and enter a “bigger growth path” without funding from the STTR program, Michaels noted.

“They saw the potential, even before it was a mature technology,” he said. “It’s critical for a hardware company to find that kind of support.”

However, glove technology faces a logistics challenge that makes it hard to scale for the military, Armstrong said. A snug fit makes the systems more effective, but that is hard to achieve because everyone has a different sized hand. Most gloves on the market are billed as one-size-fits-all, he said.

“The technology is going to be there, it’s just getting it where people are feeling comfortable that it’s my hand, and that’s how I hold it,” he said.

Meanwhile, the Engineering and Computer Simulations lab is looking at new technology that will engage a trainee’s sense of smell to improve training, Armstrong said.

However, taking that capability public has been delayed by the COVID-19 pandemic, he noted.

The lab plans to stage demonstrations in November during the National Training and Simulation Association’s annual Interservice/Industry Training, Simulation and Education Conference in Orlando.

Besides military customers, there is potential for first responders and police to take advantage of haptic technology in their training regimes, Armstrong said.

Medical training is another area of interest for haptic technology, said Finkelstein. As the military moves away from practicing on animals in casualty care training, service members still should be able to realistically practice how to perform first aid or tie a tourniquet on the battlefield.

“You don’t want to be cutting too deep, and you don’t want to be turning things too tight,” he said of medical procedures. “You’ve got to feel that, and the way to do that is with ... haptics feedback.” (For more on military medical training, see story on page 35)

Meanwhile, haptics have advanced to the point where the military could potentially incorporate them beyond training.

For example, HaptX is developing a prototype of its glove that will allow users to control robotic hands. The robotic hand would send data to the haptic glove, enabling the operator to feel what it feels. This enables “incredible precision” for robotic control, which can be useful in mission critical environments, Michaels said.

“It felt like this moment was going to be big for us, and in fact, it was because everyone has seen Jeff Bezos using haptics gloves,” he said. “It tells the story for us.”

Another company, L3Harris, has its own variation of the technology that it has incorporated into its unmanned ground vehicle systems portfolio. The Air Force awarded the company $85 million over 10 years to deliver up to 170 of its T7 robots, which will be used to dispose of dangerous explosives, according to a company news release. Initial delivery is expected in 2022.

Sometimes it can be difficult to see what the robot is doing from long distances, even with cameras, he noted. That’s where haptic technology comes in. The feedback in the remote control allows users to feel what the robot feels. That sensation combined with the camera views make the system easy to operate, he said.

Because of the sensory feedback in the glove, training to use the arm itself takes about three to five days, Bosscher added.

“The training benefit to our customers is really paying off because these operators are getting up to speed on the equipment very quickly,” he said. “There’s a high rate of skills retention and they don’t forget how to use the system.”