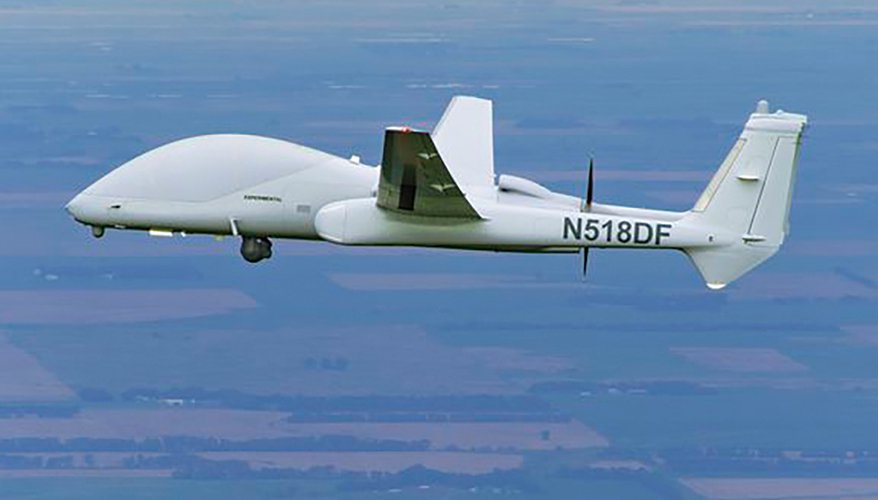 PALMDALE, Calif. – Northrop Grumman says it has demonstrated in-flight connectivity that will be crucial for military communications in contested environments.

During a test flight this summer, the company connected a research aircraft with an unmanned plane to trade information with low likelihoods of interception or detection, officials said. The data link could be crucial for the Pentagon’s joint all-domain command and control, or JADC2, effort, which is the military’s project to connect sensors and shooters in the coming years, said Tom Pieronek, chief technology officer and vice president of research and technology at Northrop.

The high-altitude, long-endurance aircraft Proteus — manufactured by Scaled Composites — used a Firebird as a surrogate unmanned aerial system to run an intelligence, surveillance and reconnaissance simulation.

The Firebird was able to pass optical data about a target on the ground to Proteus and publish the information on a cloud-based 5G network testbed through a novel prototype multi-level security switch, Pieronek said.

“The flight demonstration is the first integration of a new mission-specific military transceiver, multi-level security data switches, and open architecture wide-area networking,” according to a statement.

The demonstration was important for getting data into the system so the company could test the technology more, he said.

Modern technology, such as the advanced data link, is crucial for the Pentagon’s desire for information overmatch, he said. It will help advance the Defense Department’s JADC2 effort.

The capability could be especially useful in the Indo-Pacific region because of the great distances that military aircraft often have to travel, according to the company. The region is expected to become more highly contested as near-peer competitor China invests in military capabilities.

Northrop Grumman first started working on the technology in 2019 and performed a demo of the aperture model technology, Pieronek noted. In 2020, it advanced the secure switch for the aircraft and integrated the 5G capabilities in early 2021.

Correction: A previous version of this story misidentified the Proteus aircraft as a drone. It has been corrected.

Nice article. One correction though. Proteus is not a drone. Proteus is a high-altitude, long-endurance manned aircraft.