Learning to Lob Ideals Over the Horizon 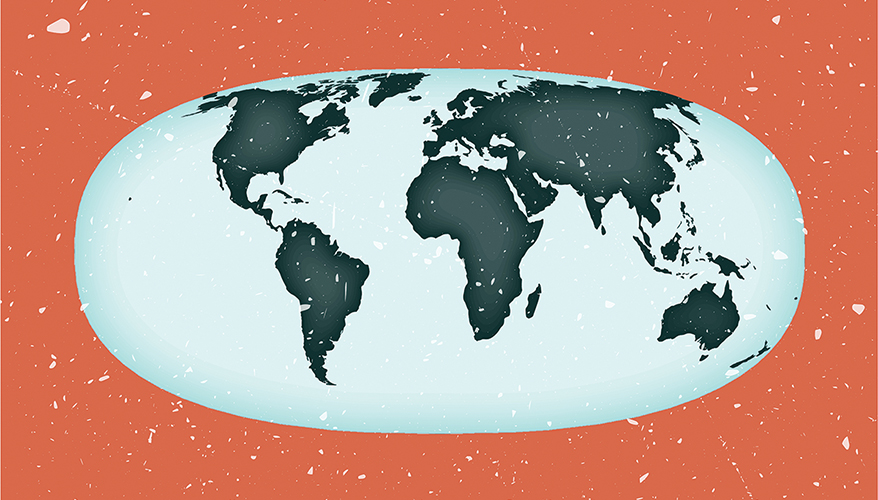 Aug. 20 was the day pundits flooded my email inbox with their opinions.

While Aug. 31 was the final day of the U.S. withdrawal from Afghanistan, that point 11 days earlier seemed to be when everyone came to the conclusion that America had lost a war.

So the condemnation inundation began.

Lawmakers and pundits. Right wing and left. Democrats, Republicans and libertarians. Think tankers, veterans groups, retired generals and colonels — everyone had an opinion about the 20-year war. Some wanted to score political points against the current administration. Some pleaded for the lives of Afghans left behind. Several armchair quarterbacks claimed to know exactly what went wrong.

I confess that I read few of these press releases. The subject line usually told me all I needed to know about their point of view.

There was one piece that stood out, though. It was a first-person account of one retired Air Force special operator’s experience in Afghanistan listening in on Taliban fighters as he circled them in an AC-130 gunship. Ian Fritz in The Atlantic provided several anecdotes from the 600 total hours he spent monitoring Taliban communications. Trained to speak Dari and Pushto and presumably outfitted with the best eavesdropping equipment available, Fritz listened to the everyday conversations of his opponents.

If I were to recommend only one article to sum up “what went wrong in Afghanistan,” this would be it.

He concluded while circling the skies above Afghanistan that this was a foe who would be willing to wait out the United States if it took 10 years, 20 years or 50. They had an unshakable will to continue their jihad and retake their country.

I pair that article with my experience in Vietnam, which came two decades after the war there ended when I visited the southern part of the country.

As a journalist in Southeast Asia, I read every book about the U.S involvement in Vietnam, Cambodia and Laos that I could put my hands on.

One of the best I read was The Tunnels of Cu Chi by Tom Mangold and John Penycate. Along with interviewing the so-called American “tunnel rats” ordered to go into the structures, the authors spoke to many of the Viet Cong who built and lived in these tunnels, which were used to both hide from U.S. forces and to attack them.

The Cu Chi tunnels are now a tourist attraction, so I traveled there to see them for myself.

What I found was basically a military camp located underground. Larger rooms such as the mess hall and an infirmary were dug up and exposed for modern day tourists.

As for the tunnels, some had been left buried for visitors to crawl through. But first, the tour guides offered everyone the opportunity to crawl through the “expanded” version, which were tunnels enlarged and widened to accommodate Western tourists and their — to put it bluntly — larger girths.

I did that, which was a sweaty, taxing experience.

Then I was given a choice to crawl through a typical, unenlarged tunnel.

It was a harrowing and extraordinarily claustrophobic experience, although it only went for 20 or 30 yards.

I emerged from the ground stunned that the Viet Cong spent weeks and months in those tunnels without seeing daylight, with bombs dropping on them and Americans and South Vietnamese forces looking for them on search and destroy missions.

Yet nothing provoked them to abandon the tunnels or their cause.

It all comes down to the human will — the “hearts and minds.”

We’re told that the next phase of the Afghanistan War may be an “over-the-horizon” conflict. If ISIS or the Taliban use the country to spread terror beyond its borders, then U.S. forces may launch attacks from long distances.

The U.S. military is very skilled at lobbing bombs over borders to strike targets. It has the best technology available to execute those missions.

But the government has lost its ability to lob ideals and ideas over borders that can influence hearts and minds.

The nation was once good at countering the Soviet Union’s messages on the alleged benefits of communism, but those skills have atrophied.
China today is globally promoting its autocratic, mercantile style of ruling — where individuals have no rights — as a superior form of government. It is ready and willing to sell its “Big Brother” surveillance technology to any would-be dictators.

Russia flagrantly interferes in U.S. elections and uses our own internet and social media to foment political schisms. Divide and conquer is its goal.

It’s hard to discern what the U.S. government is doing to promote American ideals and undermine extremism. Who is responsible for the battle of ideas? Is it the intelligence community? Is it the State Department? The Cold War era U.S. Information Agency, which was charged with doing that mission, is long gone.

Is it the Special Operations psychological ops community? It seems more suited to battlefields than large-scale wars of ideas.

The Afghanistan War is over and the era of great power competition is here. The competition for hearts and minds now shifts to Russia and China.

It looks like we are woefully unprepared for this battle.