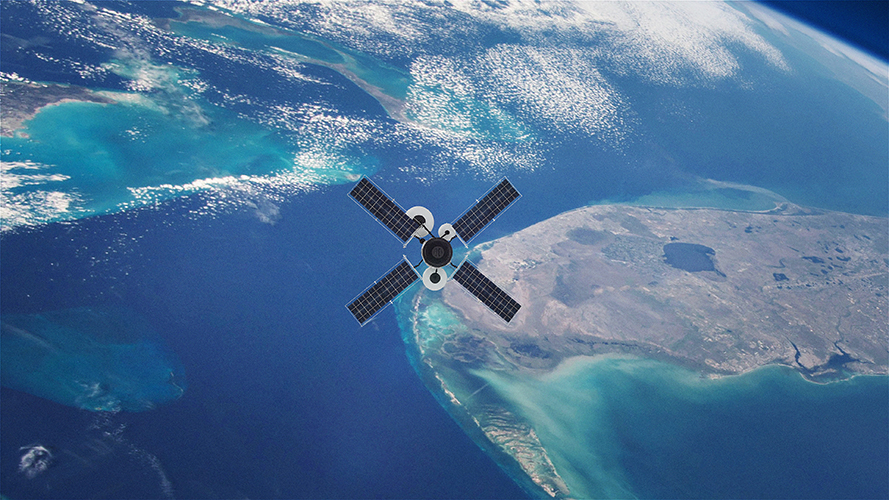 Spacecom was reestablished in 2019 as a geographic combatant command and is responsible for all U.S. military operations 100 kilometers above Earth and beyond. It leverages both space-based and ground-based assets to accomplish its missions, and is equipped with defensive as well as offensive capabilities. The Pentagon now views space as a warfighting domain on par with land, sea, air and cyber, as advanced adversaries such as China and Russia bolster their anti-satellite weapons.

Maintaining “digital superiority” will be a key pillar of the strategic vision for the command that Army Gen. James Dickinson, commander of Spacecom, is expected to release in coming days.

“We must innovate to achieve and maintain our competitive advantage,” Dickinson said during a virtual event hosted by the Mitchell Institute for Aerospace Studies. “We must evolve cyber operations in order to maintain an agile and resilient posture. And we must invest in game-changing technologies to include artificial intelligence and machine learning.”

Dickinson noted that he has a strong working relationship with Army Gen. Paul Nakasone, commander of U.S. Cyber Command and director of the National Security Agency. Cybercom has integrated planning elements embedded at Spacecom, and vice versa.

“What we each do in our respective domains, if you will, are connected — very connected,” Dickinson said. “Digital superiority is very important to what we do each and every day, both … on the ground terrestrially as well as in space. So we have a good relationship. Now we continue to grow that relationship and we continue to grow capability and capacity in that regard.”

Other key tasks for Spacecom under Dickinson’s vision or “strategic narrative,” which he previewed before its official release, include: educating and training warfighters; strengthening existing alliances and attracting new partners; integrating commercial and interagency organizations; and continuing to build up the command toward full operational capability to “compete and win” in space.

He said there is currently no firm timeline for when Spacecom will achieve full operational capability, noting that it will be “conditions based.”

“What goes into that condition will be a lot of things: personnel, number of people, number of the right kinds of personnel that come to the command with the right skill and the talent. And then there will be a materiel piece to that in terms of capability, whether it's command-and-control or other types of capability that allow me to do my … missions that I've been given by the president,” he said. “There's no date, time, month, year right now, because we're working through that right now in terms of what that will mean.”

Although the command has yet to achieve full operational capability, Dickinson expressed confidence that the U.S. military could still prevail in a space-based conflict if deterrence fails.

Dickinson was asked about the Pentagon’s recent controversial decision to eventually establish Spacecom’s permanent headquarters in Huntsville, Alabama. The organization currently resides in Colorado Springs, Colorado. The decision was announced earlier this month during the final days of the Trump administration.

Former Air Force Secretary Barbara Barrett “selected Huntsville out of a pool of extremely strong contenders because it compared more favorably across a number of factors used to determine the best host city for our headquarters,” Dickinson said.

Those factors included mission infrastructure capacity, community support, and cost to the Defense Department, he added.

Some observers have suggested that the decision will revisited by the Biden administration.

For now, Spacecom’s headquarters will remain in Colorado Springs on a provisional basis. Dickinson said it could be five or six years before the organization is ready to move to Huntsville because facilities will need to be constructed and modified to accommodate that.

Whatever the final location decision turns out to be, Dickinson said Spacecom “will do what we need to do to make sure that the mission is never at jeopardy.”

Regarding the timeline for when Spacecom/Cybercom will be successful with fully operational capabilities, it is prudent to accept it cannot be before CyberSpaceCom commands and exercises their leadership control with missions it has given the president to announce in any novel policy decision which has the Unites States demonstrating attractive leadership, mutually beneficial to all, globally.

Such ensures that its programs and projects not only do not fail but also encourage enthusiastic, increasing, positively reinforcing support with widespread acceptance of the visions provided, and to be subsequently eventually, and as soon as is possible, realised and presented in media via US based/US centric proprietary advanced intellectual property means, inclusive of exclusive virtual memes.

Make no mistake, until such a time, will all leaderships in such fields fail to fly and be earthbound on the ground in the form of great white elephants/massive money pits which just scratch at the surface of solutions and offer no panoramic picture of successes easily made available.

One thing though all can be certainly sure of, is that there are others out there based in many places elsewhere, who be of a similar persuasion to be a pioneering prime lead in such a predominant field of ACTive IT Endeavour, and equally enthusiastically interested in programs and projects of advanced intelligent design built and maintained to not fail, and being further developed to exceed all expectations with guaranteed stability in overwhelmingly powerful performance situations/great game changing events.