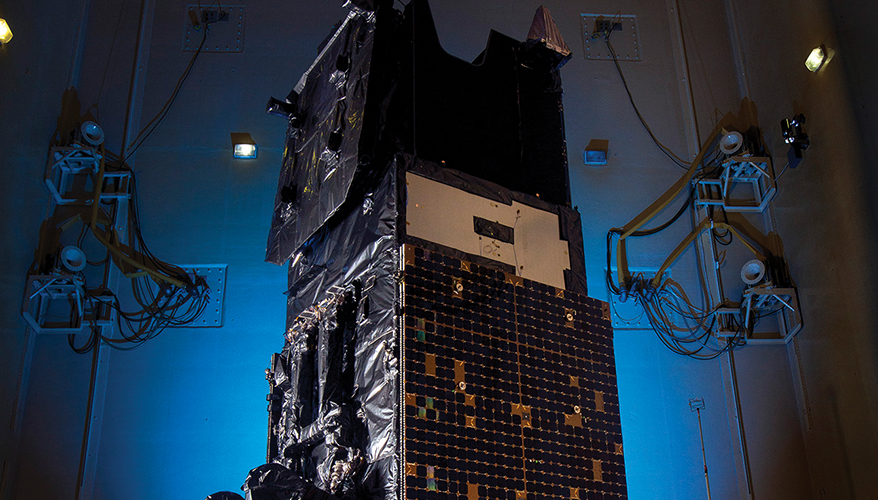 The U.S. Space Force has received the fifth satellite for its Space-Based Infrared System constellation.

In a December announcement, Lockheed Martin said the company delivered the SBIRS GEO-5 missile warning spacecraft to the service. The system is expected to launch in 2021 and the sixth satellite is slated for launch in 2022 from Cape Canaveral, Florida.

Tom McCormick, Lockheed Martin’s vice president for overhead persistent infrared systems, said the SBIRS GEO-5 is the first satellite in the constellation to be made with the company’s LM 2100 bus, which is the new upgraded common platform for the system. The company originally received the SBIRS contract in 2014, and then in 2015 reached an agreement to have future satellites equipped with the LM 2100 at no additional cost to the government, he noted.

The platform is flexible and allows users to make changes to adapt for different mission needs. “It has a lot of benefits in affordability and schedule ... because it’s built upon common components, whether it’s avionics mechanisms, propulsion sensors, software,” he said.

Lockheed also had to ensure that the new satellites would be compatible with those already in the constellation, he noted.

“We had to make sure our satellites could talk to those existing systems,” he said. “We were very careful to make sure we were backward compatible with those data formats and data flows so the SBIRS ground system — which is operated out of the Buckley Air Force Base in Colorado — could ingest the new GEO-5 and 6 data very rapidly and very easily.”

Additionally, it is resilient against a wide range of threats, including cyber attacks, McCormick noted.

In 2019, the SBIRS satellites were able to detect almost 1,000 missile launches, according to the company. McCormick said this is a two-fold increase as compared to the past two years.