Berger: Marines ‘Not Giving Up’ on Large Ship-Based Drones 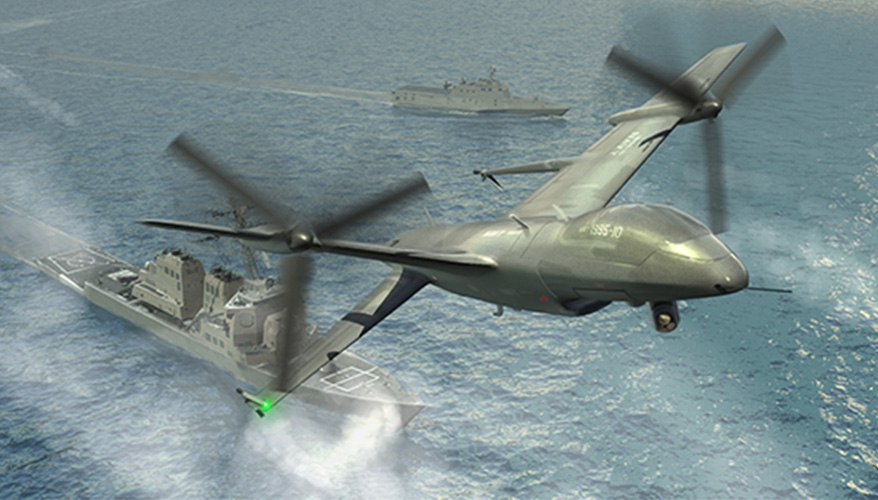 The Marine Corps’ top leader said Sept. 24 that although the service is not presently working on a large amphibious ship-based drone, it is not completely putting the brakes on the effort.

“We're not giving up on a shipboard UAV by any stretch of the imagination, but we had to make a decision ... do we continue moving quickly now with what's near term, that will help us learn, and move towards technologically what is needed?” Marine Corps Commandant Gen. David Berger said during a webinar hosted by Defense One.

It was reported in March that plans for the Marine Air-Ground Task Force unmanned aircraft system expeditionary, also known as the MUX program, had shifted from fielding the group 5 drone on an amphibious ship to instead splitting the program into a family of systems, which will include a large land-based unmanned aerial vehicle and a medium-sized vehicle for ship-based operations, according to USNI News.  Group 5 systems are a category of drones that have the greatest size and endurance compared with other unmanned aerial vehicles. According to the outlet, the group 5 drone would cover a range of missions from surveillance to tactical distribution.

Deputy Commandant of the Marine Corps for Aviation Lt. Gen. Steven Rudder told the outlet that the service was unable to pick up the endurance it needed these missions with a group 5 drone design that had the ability to launch vertically off the deck of a ship.

Berger noted during the webinar that the Marine Corps needs the capability, but doesn't have the ability to build it in an affordable manner at this time. Instead the service plans to move to a hybrid of group 2 to group 5 land- and ship-based drones over the next decade, he noted.

“So we can either wait four or five years or we can learn fast,” he said. “What we were not willing to do is say, ‘We can't afford it, or it's not technologically feasible today so let's just wait two or three years.' We're not going to wait, we have to move now.”

Meanwhile, Berger said he is still committed to developing a fourth class of amphibious ships, one that is smaller, more stealthy and therefore, a harder target to hit during anti-access/area denial operations.

“We need a more diverse family of ships in order to compete every day in order to be ready for a crisis or a conflict, hence the light amphibious warship,” he said.

“If you don't have that, [opponents] are going to know how you're moving around and it's easier to target. We've got to make it hard,” he said.

What exactly such a platform would like, he didn’t know, but “we need something that's smaller that doesn't have as much draft that can move us around from ship to shore or shore to shore over great distances,” he said. However, it must be affordable, he stressed.

“I need to give commanders the means, the mobility to move in a distributed operating environment. The light amphibious warship —whatever that turns out to be — is part of that,” he said.

“So far within the Navy, within the Department of Defense, every single war game for the past five months has borne that out,” he added.

Re: Berger: Marines ‘Not Giving Up’ on Large Ship-Based Drone

The V-247 could have the endurance using unmanned to unmanned refueling. A V-247 could use a buddy refueling pod on a wing hard point and fuel tanks on the other hard points and use a rolling take of to conserve fuel. It could refuel other V-247s, helicopters, V22s, and F-35Bs.