JUST IN: Army Exercise Uses AI to Speed Up Targeting 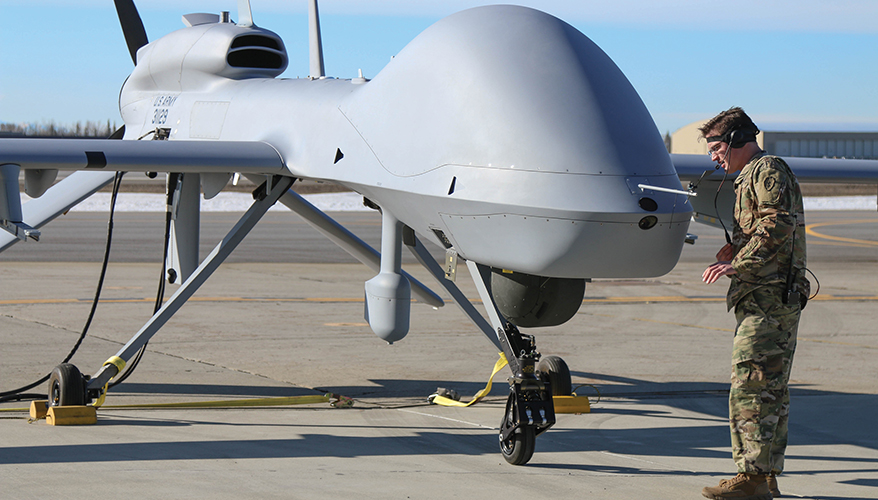 The Army just wrapped up Project Convergence, a new exercise meant to help the service learn ways to operate in a multi-domain battlefield and try out new technologies. The exercise ran from Aug. 11 to Sept. 18 and ended with demonstrations on Sept. 21 and 23 at Yuma Proving Ground, Arizona, the officials told reporters.

“That follows the multi-domain operations construct of how we expect to fight future wars,” he said during the media call.

Gen. John Murray, commander of Army Futures Command, noted that the majority of systems used during the event were still in the science and technology phase rather than programs of record.

“We’ve matured technologies in six weeks that would have taken us two to three years to mature in a lab,” Murray said. “I think the progress from this year to next year will be instrumental.”

One of these S&T projects included an artificial intelligence system dubbed “Firestorm,” Coffman said, describing the technology as a “computer brain” that helps update the common operating picture and recommends which shooters to use for targets.

“The way we used it is, as enemy targets were identified on the battlefield, Firestorm quickly paired those targets with the best shooter in position to put effects on it,” he said. “This is happening faster than any human could execute. It is absolutely an amazing technology … that ... will fundamentally change the way we fight in the future.”

Artificial intelligence played other roles in the exercise as well, Coffman said. For instance, the service paired ground robots with small unmanned aerial vehicles to digitally map the area and transmit the information, he noted. The service also used AI for target recognition. As the exercise went on, the Army was able to make changes to the algorithms to better suit their needs.

Artificial intelligence “was prevalent throughout the last six weeks,” he said. “What was really, really powerful was when we identified something that wasn't working right — or we identified an opportunity — we had the computer expertise on station to recode the algorithms or the computer programs to make it better on the spot.”

However, humans will continue to make the final decisions on whether or not to shoot identified targets, Army Chief of Staff Gen. James McConville said.

The Army also learned that it is difficult to find small unmanned aerial vehicles that are able to survive in rugged desert environments, Murray noted.

“Some fly very well, some can carry a larger payload, but … every small UAV we had out here did not perform to the level that we wanted it to perform,” he said. “The medium size did much better.”

Next year, the service wants to continue experimenting with robotic systems by further exploring swarming technology and “unmanned-unmanned teaming” he said. At this year’s Project Convergence, there were two autonomous ground vehicles and two autonomous air vehicles working together, he noted.

“We’re going to continue to expand upon that next year, we’re looking at four and four,” he said. “Then we’ll continue to scale that up.”