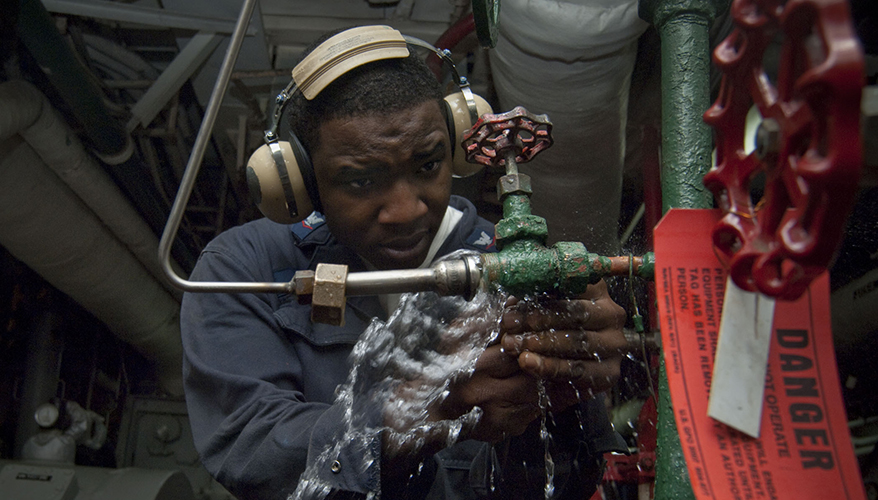 As the COVID-19 pandemic continues to persist, the Navy is making sure that small businesses are not left behind, according to officials.

For example, the service is taking steps to cut down on program acquisition timelines for small businesses. Awarding contracts early has been one its strategies to account for potential complications that may arise during the pandemic. In many cases, the Navy’s overall time to release contract awards was reduced from 120 days to 24 days, Chief of Naval Research Rear Adm. Lorin Selby said Sept. 1 during the Department of the Navy Gold Coast Small Business Procurement Event. The webinar was hosted by the San Diego Chapter of the National Defense Industrial Association.

To reduce acquisition cycles, the Navy has taken steps such as changing project proposal requirements to be less stringent by reducing page count requirements and speeding up evaluation times, Selby noted. The service has also “opened aperture” by accepting more project proposals than usual, he said.

“We put in place a lot of changes,” Selby said. “We sped up our processes. Our proposals, we made them broader. … By the end of June, we were about $80 million ahead of where we would have been last year. We’re pushing money out the door.”

However, small businesses must ensure that they continue to provide adequate work during all phases of an acquisition cycle, Assistant Secretary of the Navy for Research, Development and Acquisition James “Hondo” Geurts said during the event. The Navy, for its part, must be “reasonable at all steps” and avoid putting workers at risk during the pandemic, he noted.

“You've got to perform” on programs, Geurts told members of industry. Some companies seem to take the approach that they can complete the first couple of phases of work and then "get rich on phase 3," he said. "Then it gets priced to the point where it's not competitive or fair and reasonable.”

Meanwhile, the Navy is hoping to leverage more innovation from small businesses to help it solve some of its existing problems. For example, they may be able to provide ideas on how the service can reduce the amount of money it is spends on ship maintenance, he said. The Office of Naval Research is examining the possibility of setting up a fund dedicated to adopting existing technology that could help cut down on these costs, he noted.

“We are spending ... $10 billion a year-plus every year on ship maintenance,” Geurts said. “I think there are tons of ideas out there in small business that [would] allow us to do that more cheaply, more effectively with less manpower if we had programs to go after and look at it.”