DARPA Not Giving Up on Responsive Launch Capability 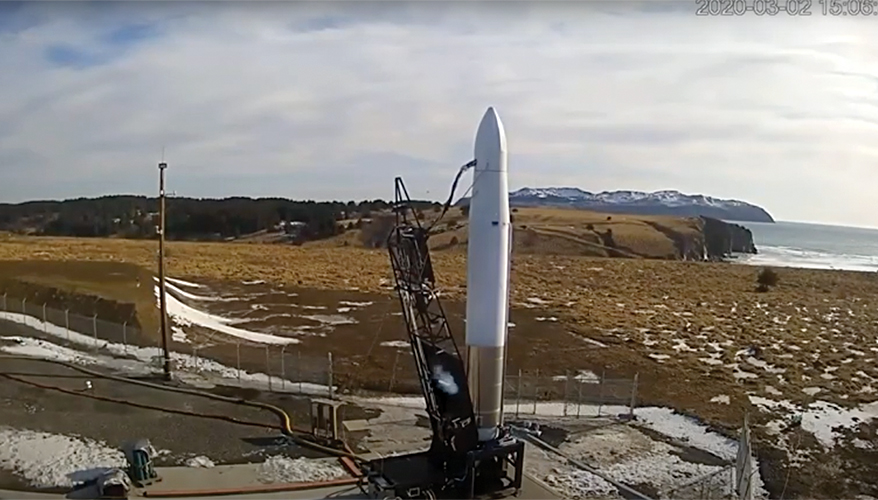 Astra unsuccessfully attempts to launch its spacecraft during the final day of the DARPA Launch Challenge.

Despite disappointing results from its recently completed launch competition, the Defense Advanced Research Projects Agency hasn’t given up on demonstrating industry’s ability to provide flexible and rapid launch services to the military, according to the program manager who oversaw the initiative.

The DARPA Launch Challenge kicked off in 2018, and was designed to incentivize companies to showcase their ability to rapidly conduct space launch operations at the behest of the Pentagon. It included the largest pot of money that the agency has offered in the history of its prize-based challenges, according to program manager Todd Master. Any competitor who completed the first of two launches was slated to win a $2 million prize. The second launch had a first place prize of $10 million, second place prize of $9 million and third place prize of $8 million.

Out of the 18 teams that pre-qualified, DARPA whittled it down to three competitors for the final stage: Virgin Orbit, Vector Space and Astra. However, Virgin Orbit ultimately backed out to focus on other ventures, and Vector went out of business, leaving Astra as the only remaining participant.

The challenge was daunting.

“From the time you pack up your rocket from your company from your factory, get to the launch site, stand it up, fuel it and launch it, that’s the operational piece,” Master said in an interview. “We gave them 14 days to do all of that.”

The challenge ended in early March when Astra was unable to launch within the required time frame, resulting in no contest winner.

“I was disappointed,” Master said. “I don’t know if I would say I was surprised because it was a unique challenge in that nobody had [ever] asked them to really develop a launch infrastructure that was indifferent to where they would be launched from, and a timescale that was really compressed.”

However, DARPA still sees a few commercial companies in the innovation ecosystem that have developed capabilities that are well aligned with Defense Department needs, he said.

“All of our assets that we launch into space today are typically planned, at a minimum, one year in advance,” he said. “As we start to look at space as a warfighting domain in the future, we need to really take a closer look at how do we promote speed as a priority.”

Master noted that members of the Senate Armed Services Committee have introduced legislation calling for the Pentagon to accelerate development of responsive launch capabilities.

“I will say at high levels of leadership, that there is a real interest in the sorts of goals that we are trying to accomplish,” he said.

While DARPA has no immediate plans to host another launch challenge, it is eyeing other opportunities to demonstrate the capability to the Space Force and other stakeholders.

“There are some new opportunities there to sort of do that engagement and try to influence them to consider these kinds of capabilities,” he said.

One option the agency is looking at is integrating agile space launch into a large-scale, multi-week military exercise such as Rim of the Pacific.

“Could we launch a satellite to orbit, commission that satellite and provide tactical data to the user within the time frame of the exercise, which would start to really show how it could be militarily relevant?” he asked. “We’re trying to see if there’s something that we can pursue in combination with the services on that front to sort of take the theoretical into practice.”