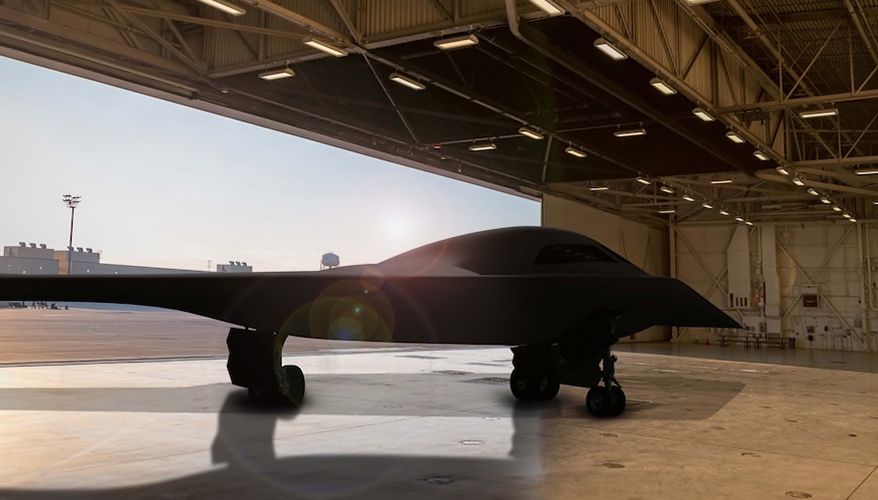 The Air Force’s B-21 Raider program — one of the service’s top modernization priorities as it seeks to bolster its aging bomber fleet — is being impacted by the ongoing COVID-19 pandemic, the head of the organization overseeing development of the aircraft said Aug. 13.

The stealth plane is being spearheaded by the Air Force’s Rapid Capabilities Office. Northrop Grumman is the prime contractor. The service is aiming to procure at least 100 aircraft with some being operational by the mid-2020s. First flight was expected to take place as early as December 2021.

But like many programs across the Pentagon, the high-profile initiative is running into issues stemming from the novel coronavirus, said Randall Walden, director and program executive officer of the Air Force Rapid Capabilities Office.

For example, one of the Tier 1 suppliers, Spirit AeroSystems — which builds large components for the B-21 bomber — has faced difficulties caused by sharp downturns in the commercial aviation industry, Walden noted during an event hosted by the Mitchell Institute for Aerospace Studies. Many companies in the aviation industry — which has been clobbered by the pandemic — support both the commercial and defense sectors.

When work dried up for Boeing's 737 fleet, it resulted in extended furloughs for Spirit’s 737 workforce.

“The good news for the bomber side is the folks that were not manufacturing 737s and those components [any longer] came over to our production line and really kind of beefed up where people had some COVID issues,” he said. “They beefed up that portion of our production.”

Despite some coronavirus-related challenges, the program is still on track, Walden said. The first B-21 test aircraft is in production and “it's beginning to look like an airplane,” he said.

“All of the tough, critical designs, all of the hard engineering is kind of behind us,” he added. “Now it's a matter of actually producing the airplane and actually rolling it out and getting on with the developmental flight test activities to inform the fixes, because I know we're not going to be immune from design flaws.”

Officials want to discover deficiencies as quickly as possible so they can come up with a solution, integrate the fixes in the development phase and move on to production, he said.

Meanwhile, Walden noted that the program office is working on developing subsystems for the B-21 and is trying to take a rapid approach.

“One of the things we're working on is we have a flight test aircraft that we've been hosting some of those subsystems on to buy down the risk" before the technologies are integrated into the bomber, he said.

His office will work to fix any software bugs, he added.

“When you can buy down risk with subsystems on … another platform, no matter what it is, you get it into the air and use some of the software and work those bugs out, it goes a long way when you first put it on the final system,” he said.

Pentagon leaders have been heaping praise on the program in recent weeks.

In early August, Defense Secretary Mark Esper visited the B-21’s design and development headquarters at Northrop Grumman's facility in Melbourne, Florida. “I am thoroughly impressed by the dedication and progress across the B-21 Raider team,” Esper said in a statement.

Gen. Timothy Ray, commander of Air Force Global Strike Command, who also attended the tour, said: “We’re excited to get the B-21 Raider to bases in the mid-2020s. The progress I saw today further adds to my confidence that the B-21 Raider will preserve our long-range strike and penetrating bomber capability.”

Work is also being done on the program at Northrop Grumman’s Palmdale, California, facility.

In a recent interview with National Defense, then-Chief of Staff of the Air Force Gen. David Goldfein — who recently retired and was replaced by Gen. Charles “CQ” Brown — said he considered the B-21 one of the Air Force’s most well-run projects.

“Of all the programs right now that we manage in our acquisition portfolio, I will tell you that — based on company performance and culture and what I've seen in the program — I put the B-21 right now at the top of the heap in terms of confidence that I have in it as chief,” he said. “I'm very, very happy with where the B-21 is headed.”